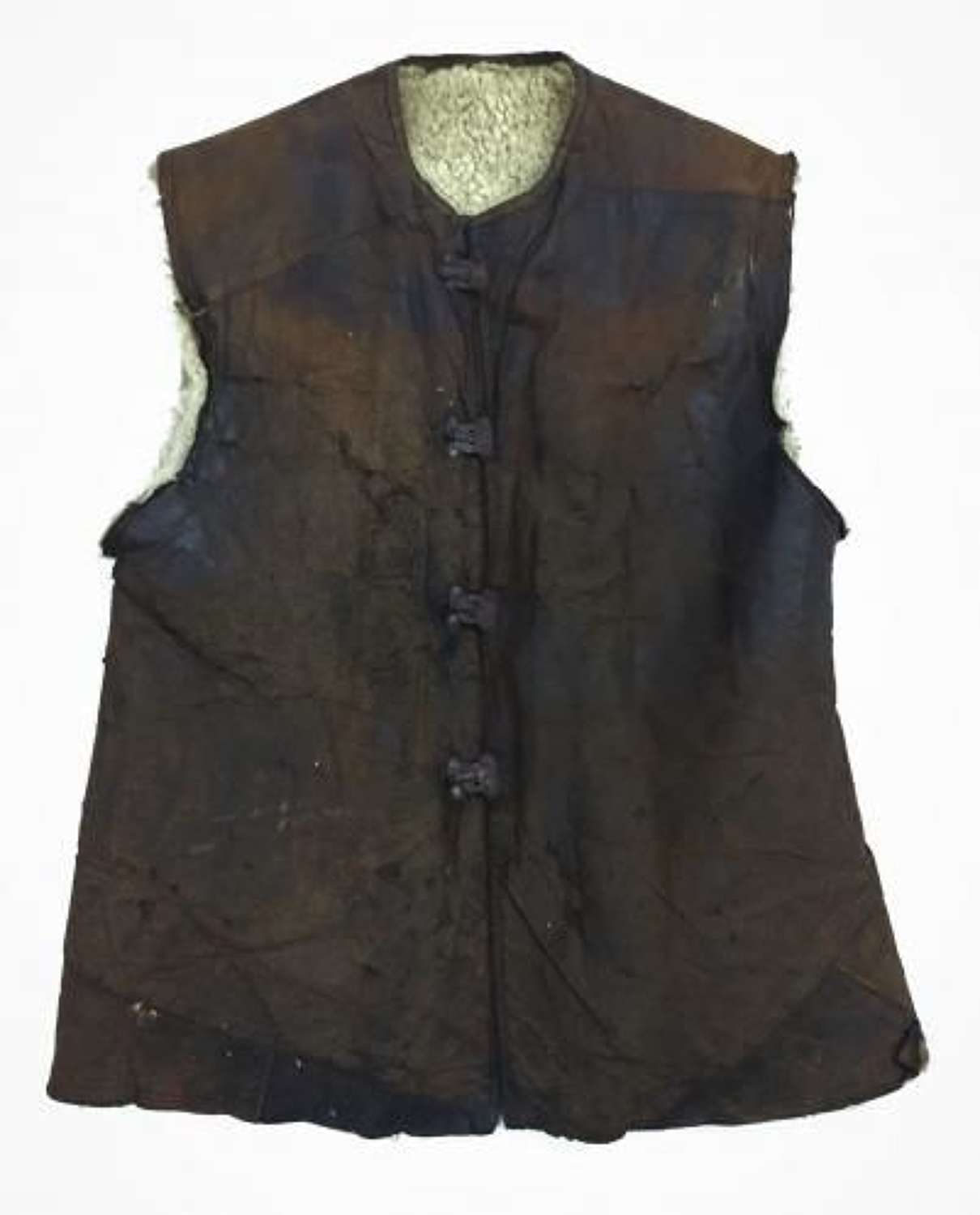 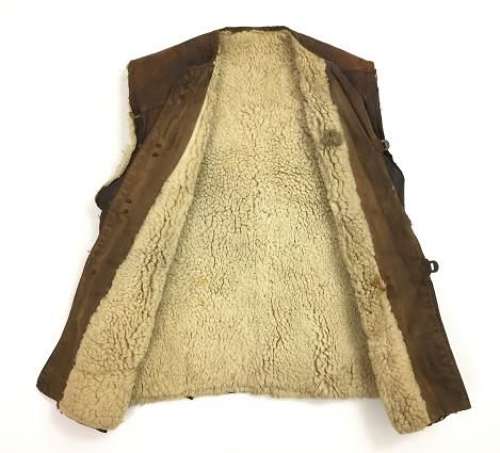 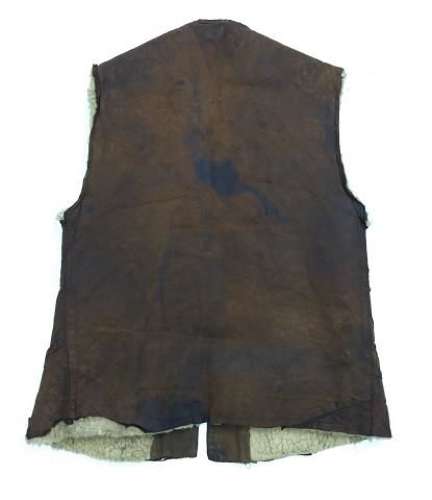 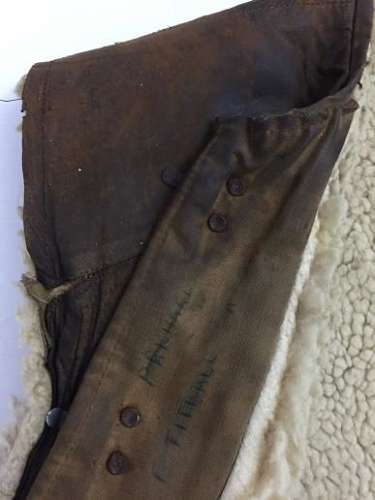 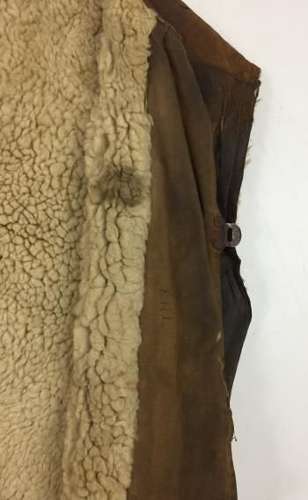 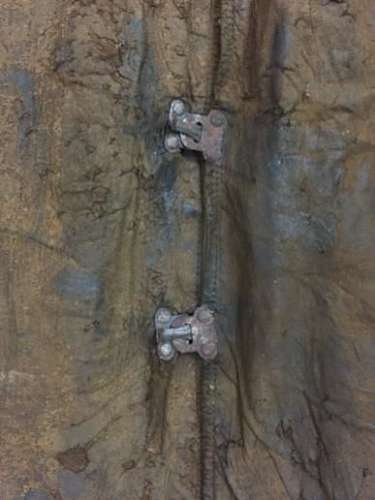 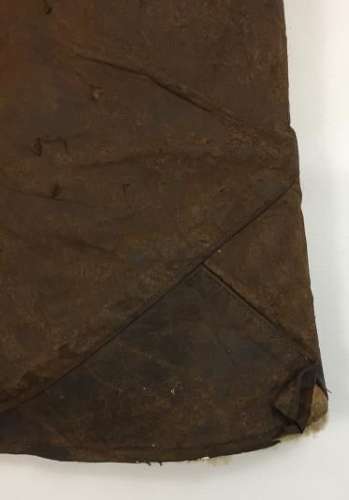 This jerkin looks very similar to the standard pattern used in the First World War but is in actual fact much heavier and better constructed. The deep pile of the sheepskin lining makes it a much weightier and bulkier garment whilst the metal clasps the fasten the front are far superior to the standard button configuration.

The few other examples of this pattern of jerkin I have seen have been described as Royal Flying Corps although it is quite likely they would have been used by a variety of services. This jerkin would however be ideally suited to use in the open cockpits of the Great War, especially if worn over the leather flying coat.

The jerkin does not have any labels or stamps that I can find so the exact date of manufacture is unclear. It is however quite clearly of early 20th century origin when handled.

Whilst there are no labels there are however some names written in ink to one side of the canvas strip which runs down the inner edge of the jerkin. One of the names is crossed out which suggests that these were perhaps a stores item issued out to individuals only when needed, as was standard practice with warm weather clothing such as jerkins during the First World War. The other side also has what looks like somebody's initials, again in ink.

The condition of the jerkin is far from perfect as can be seen in the photographs. It clearly saw a lot action at some point in its life and has many scars to prove this. The leather outer is cracked and discoloured in numerous places and some seams have started to come apart. The metal fasteners on the front of the jacket have corroded somewhat but all still function. The liner is good but is again worn and does have various marks and stains. Considering this item is over 100 years old it still displays well and has a 'been there' look to it. Please do study the pictures though as it has had quite a life!

All in all a stunning piece of early 20th Century British outerwear which would make an excellent addition to any collection!