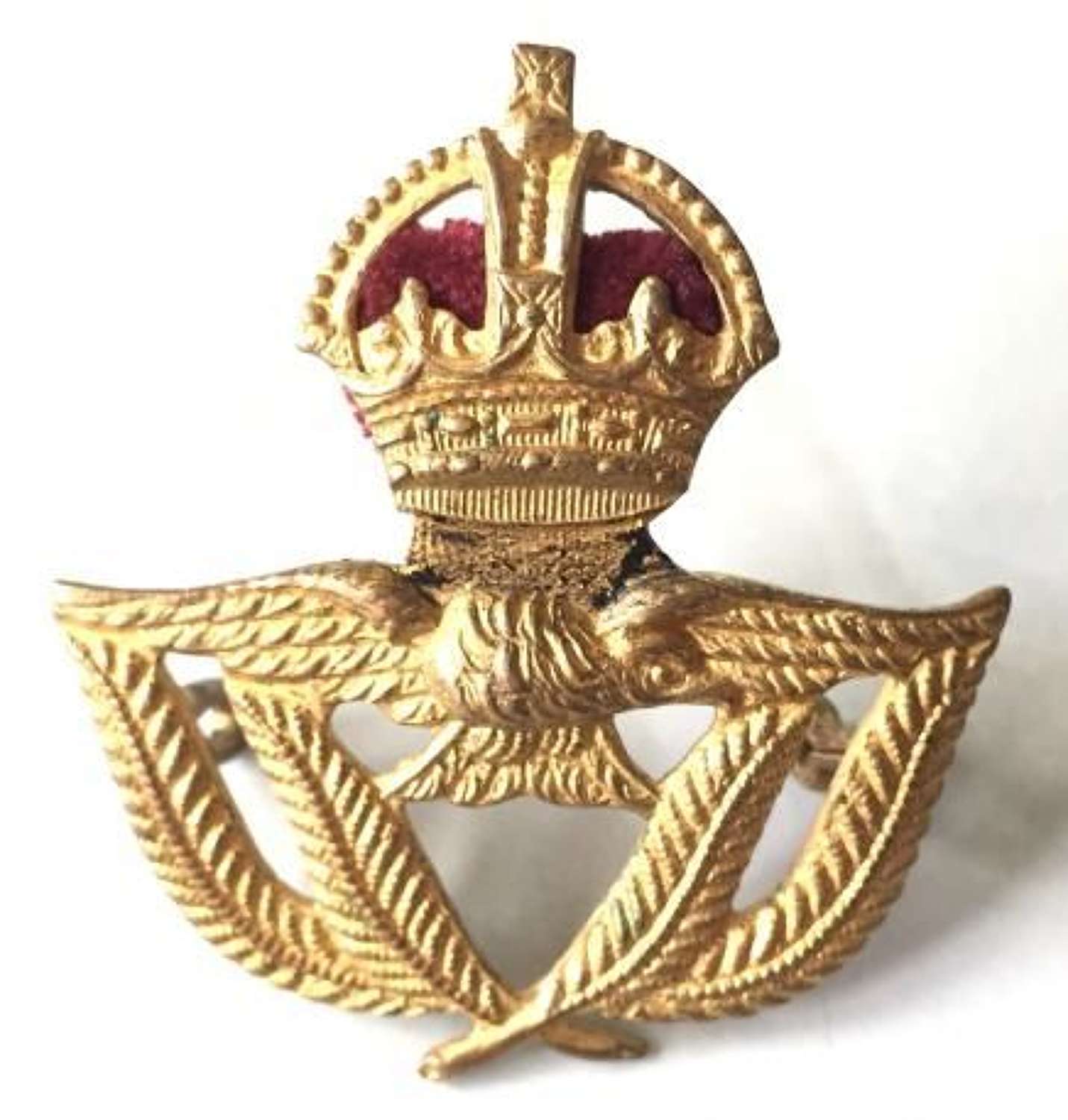 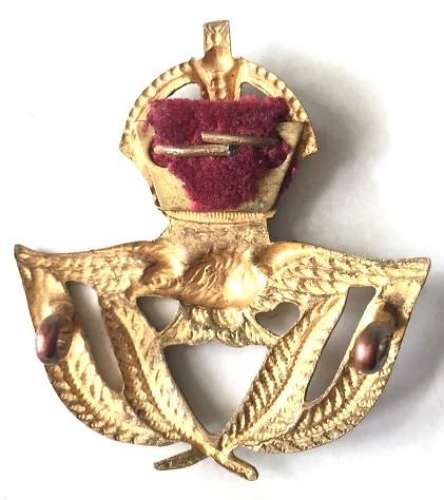 SOLD
An original example of a brass Warrant Officers cap badge as worn on the Officers beret.

This is a smaller size badge designed specifically for wear on the beret and features a kings crown making it pre-1952.

Officers began to wear berets in the later part of the Second World War and they became extremely popular in the immediate post-war years.