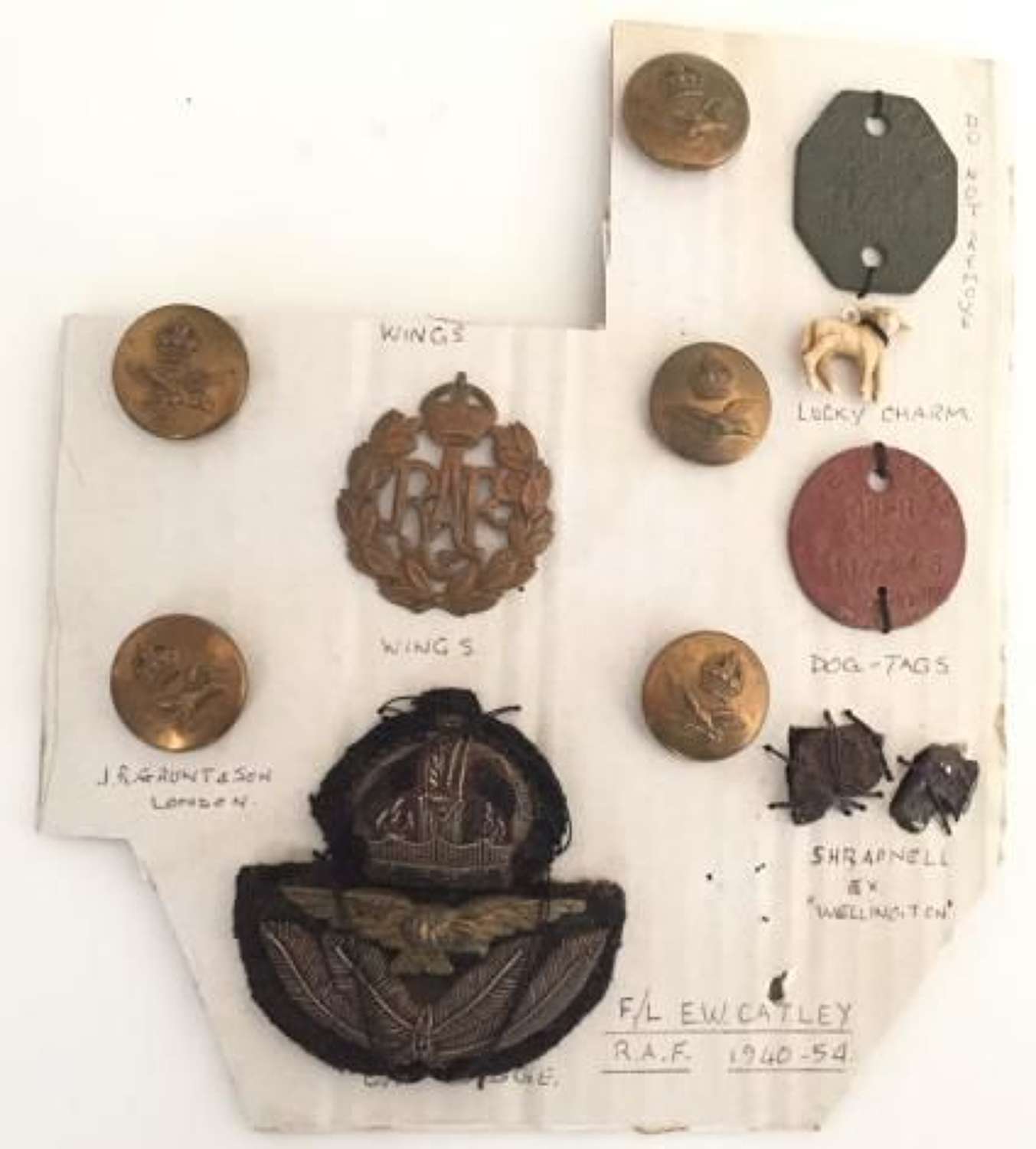 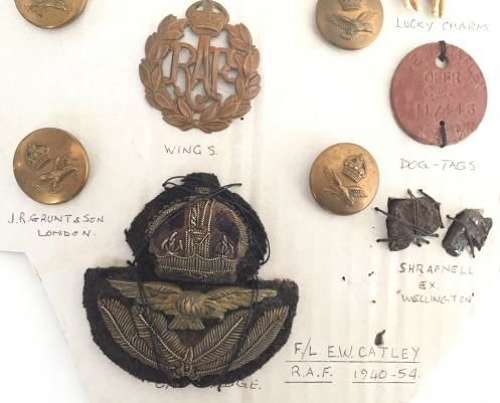 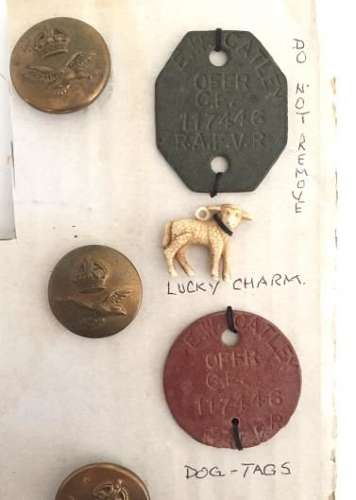 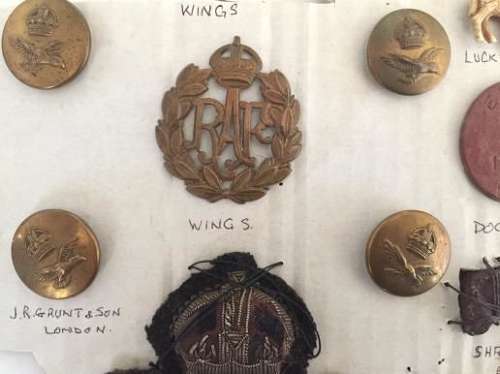 F/L Catley was mentioned in the London Gazette in 1943 when he was gazetted FLight Lieutenant and I have attached a picture of this. He was also involved in a Wellington crash whilst training and the details are as follows -

The above information ties in nicely with the grouping and confirms it as a nice original wartime set.

The set consists of a nice padded RAF officers cap badge with kings crown. This is a worn example and is almost certainly the one he would have worn on his cap whilst on Ops. His dog tags are also included as are a number of his buttons. There is also some shrapnel which is marked 'Ex Wellington' and no doubt was kept with the badges for a reason. The nicest part of the grouping in my opinion is the lucky charm which is so typical of those worn during WW2, often tacked under the collar of the battledress blouse.

All in all a nice original set with some great wartime history!