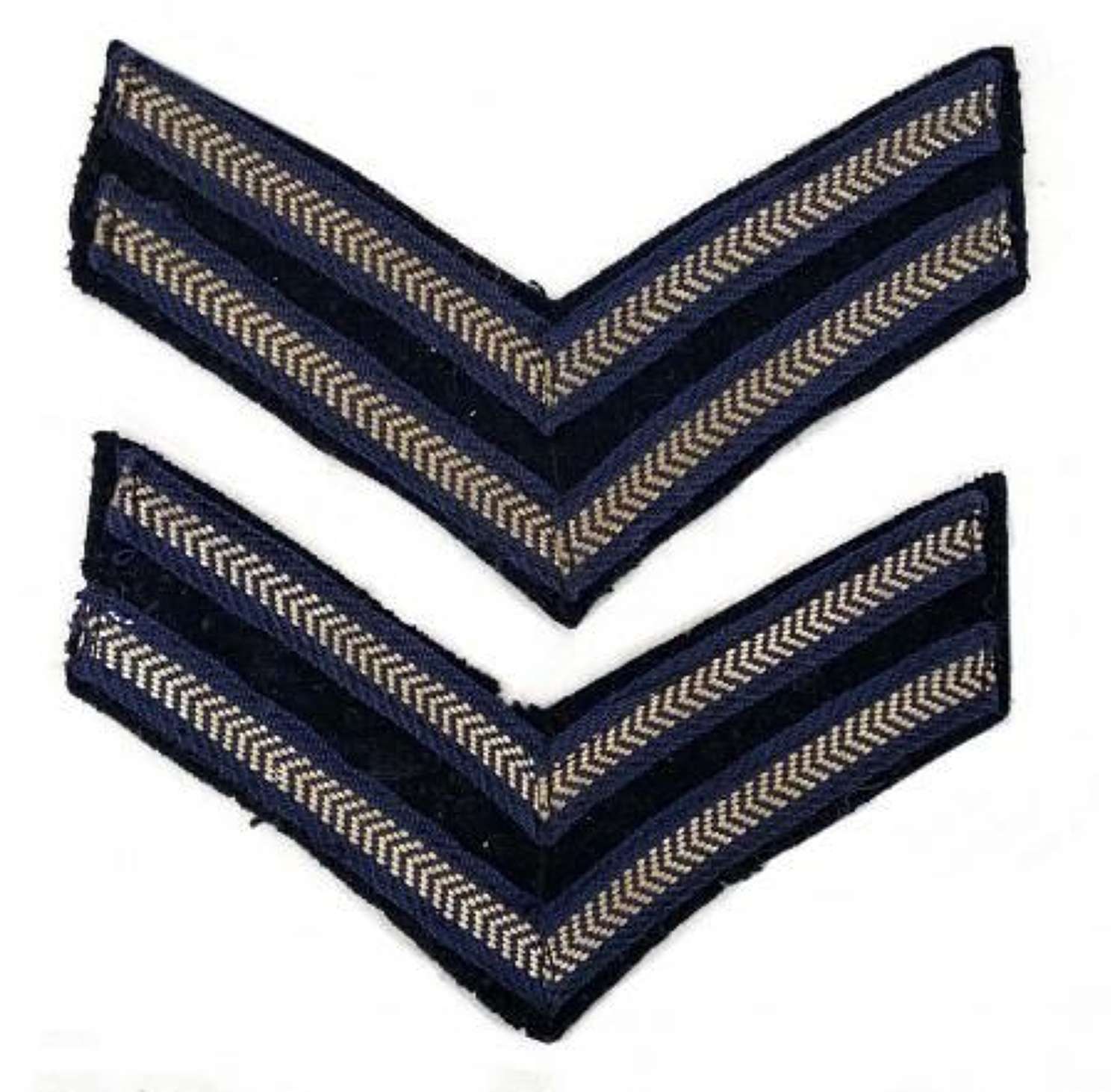 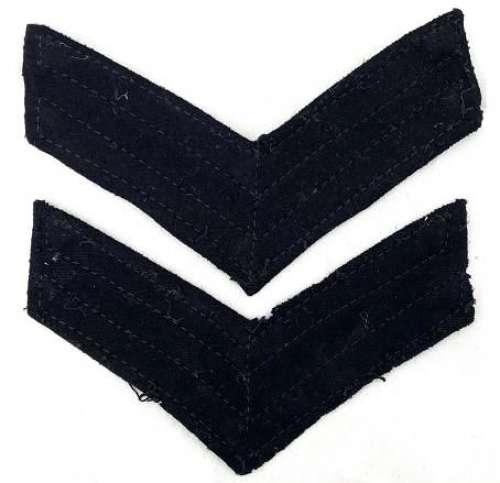 These stripes are clearly uniform removed wartime examples. They feature the black backing which is correct for WW2 rather than the later blue serge backing used post-war.

The stripes are in good condition with the odd small nick here and there which are only noticeable on close inspection and will not be visible when attached to a jacket.

A nice pair of wartime stripes.