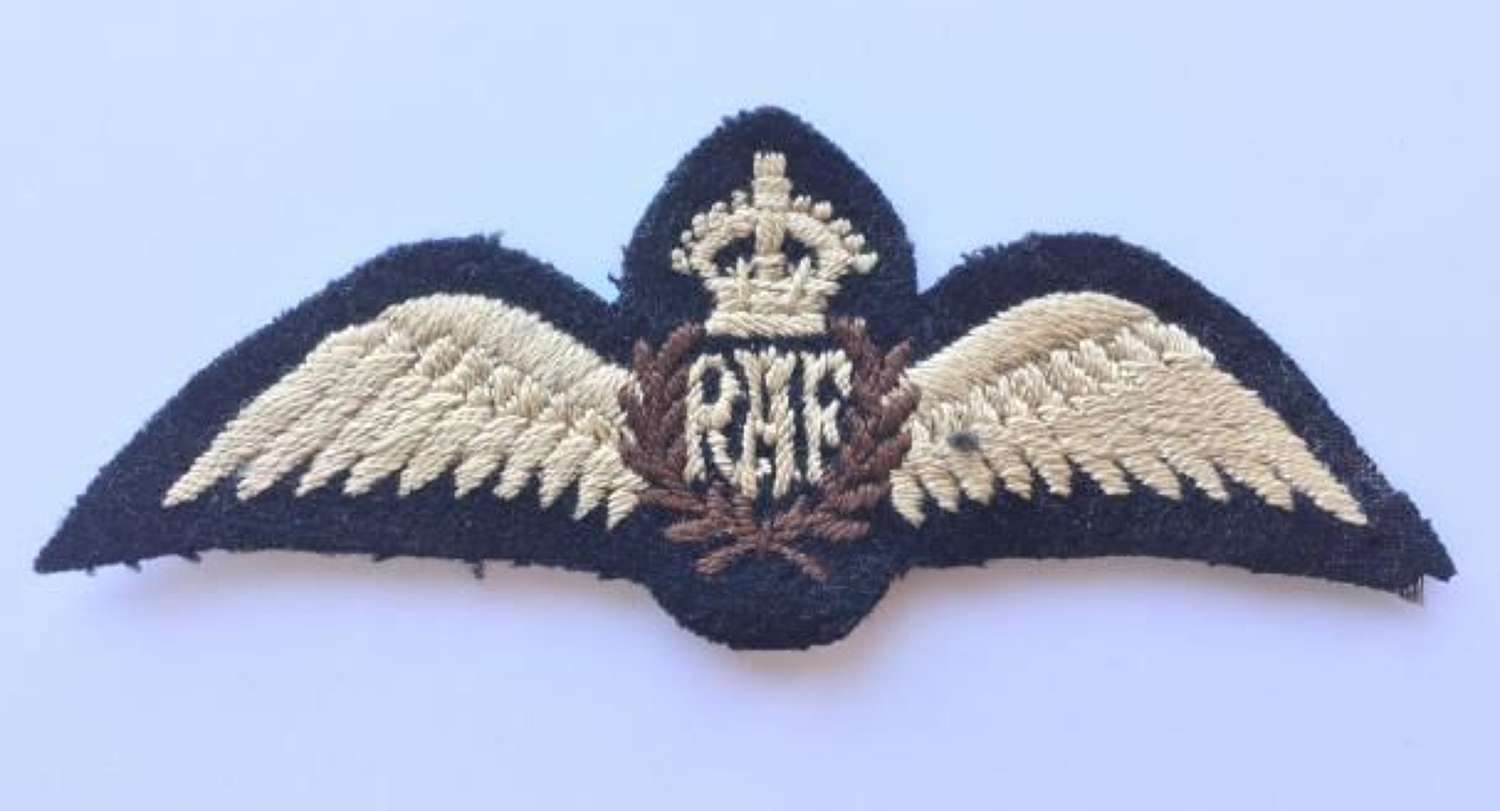 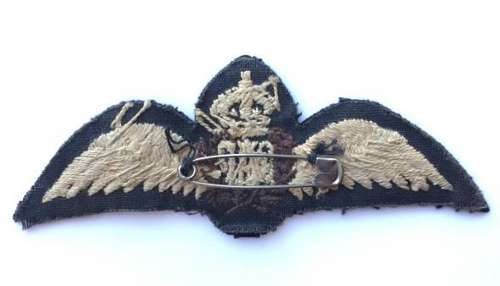 SOLD
A beautiful original set of Second World War RAF pilots wings which are of the flat variation and feature a pin which has been stitched onto the rear, presumably to be worn pinned onto a khaki drill tunic.

The wings are a typical example of wartime flat pilot wings featuring silk embroidered feathers and RAF lettering which is surmounted by a Kings crown. The rear is again typical of wartime wings.

The pin appears to be an original addition to the rear of the badge and this was commonly done so that they could easily be removed from uniforms, usually khaki drill sets shirts or tunics, for washing.

The condition of the badge is excellent as can be seen in the photographs and it displays very well indeed. It does have a small nick to the right hand side though which is only just noticeable and doesn't really detract in my opinion.

Overall a very nice example of this wartime badge which would look great as part of a display or attached to a period uniform.