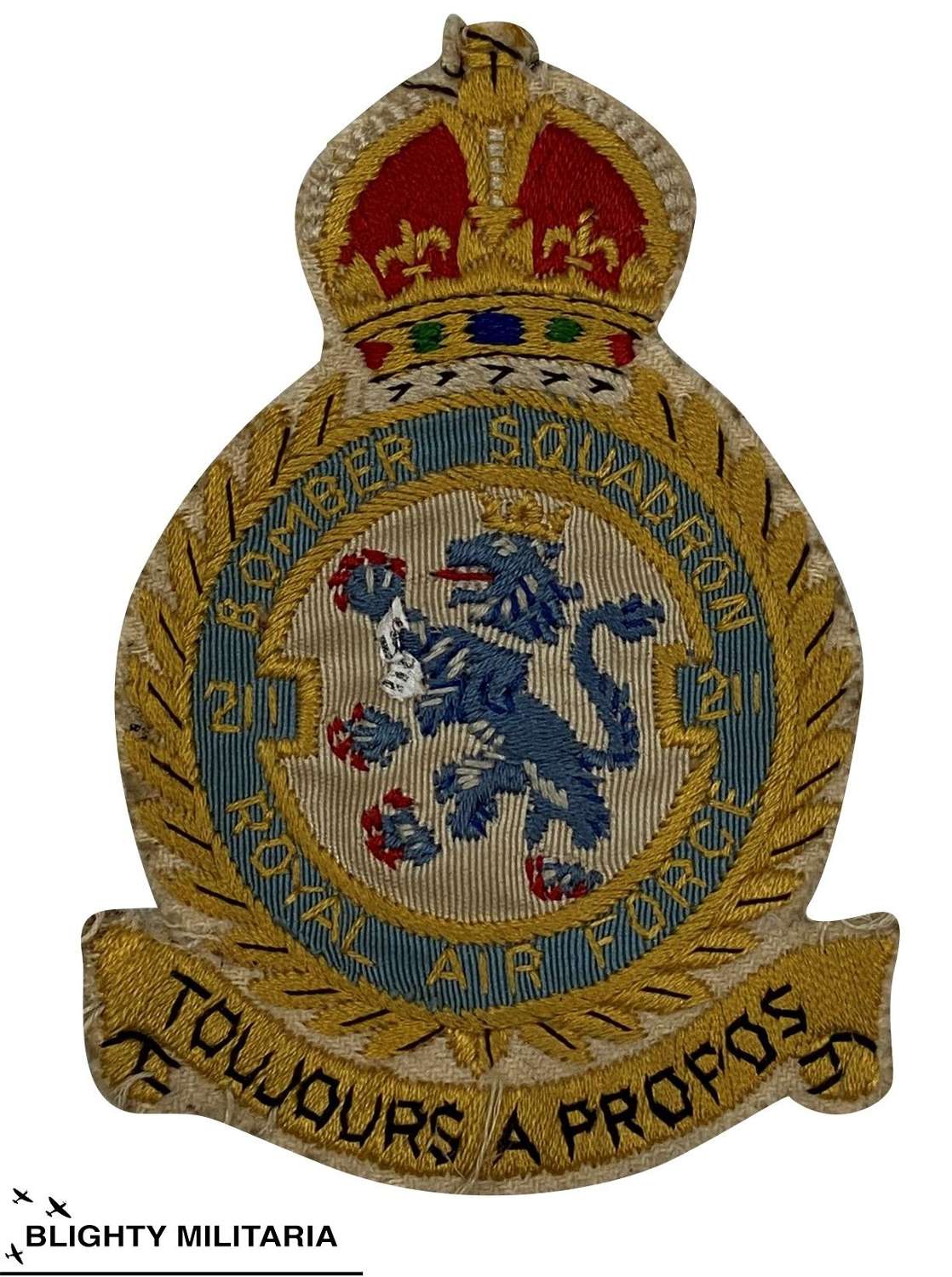 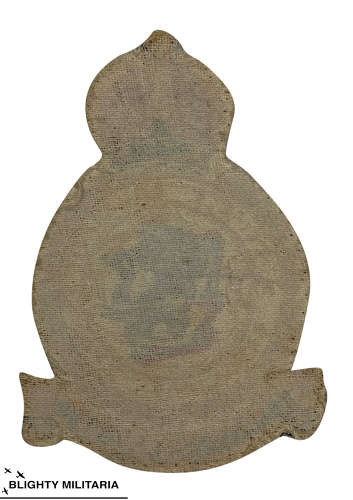 This style of badge was designed to be worn on flying suits and is not to be confused with the more common bullion blazer badges worn by association members and veterans in the postwar years.

This example is a 211 Bomber Squadron badge. It is set on a white field and features a rampant lion in blue along with the latin motto Toujours a Propos - Always at the right moment. The lion comes from the Arms of Bruges and refers to the unit’s activities during the latter part of the Great War over that city.  The lion is disjointed to show the unit’s main duty which was to break up the docks there by bombing. The badge is surmounted with a King's crown in red and gold/yellow.

211 Squadron was reformed in 1937 at RAF Mildenhall and was active until March 1946 meaning that this badge is most likely of wartime vintage. The squadron flew Bristol Blenheims, Beaufighters and mosquito types amongst others during this period.

The badge is in good condition for its age and displays well as can be seen in the pictures. It is a vintage item so please study the pictures before purchasing.

A nice original WW2 period patch which would make a great addition to any collection.