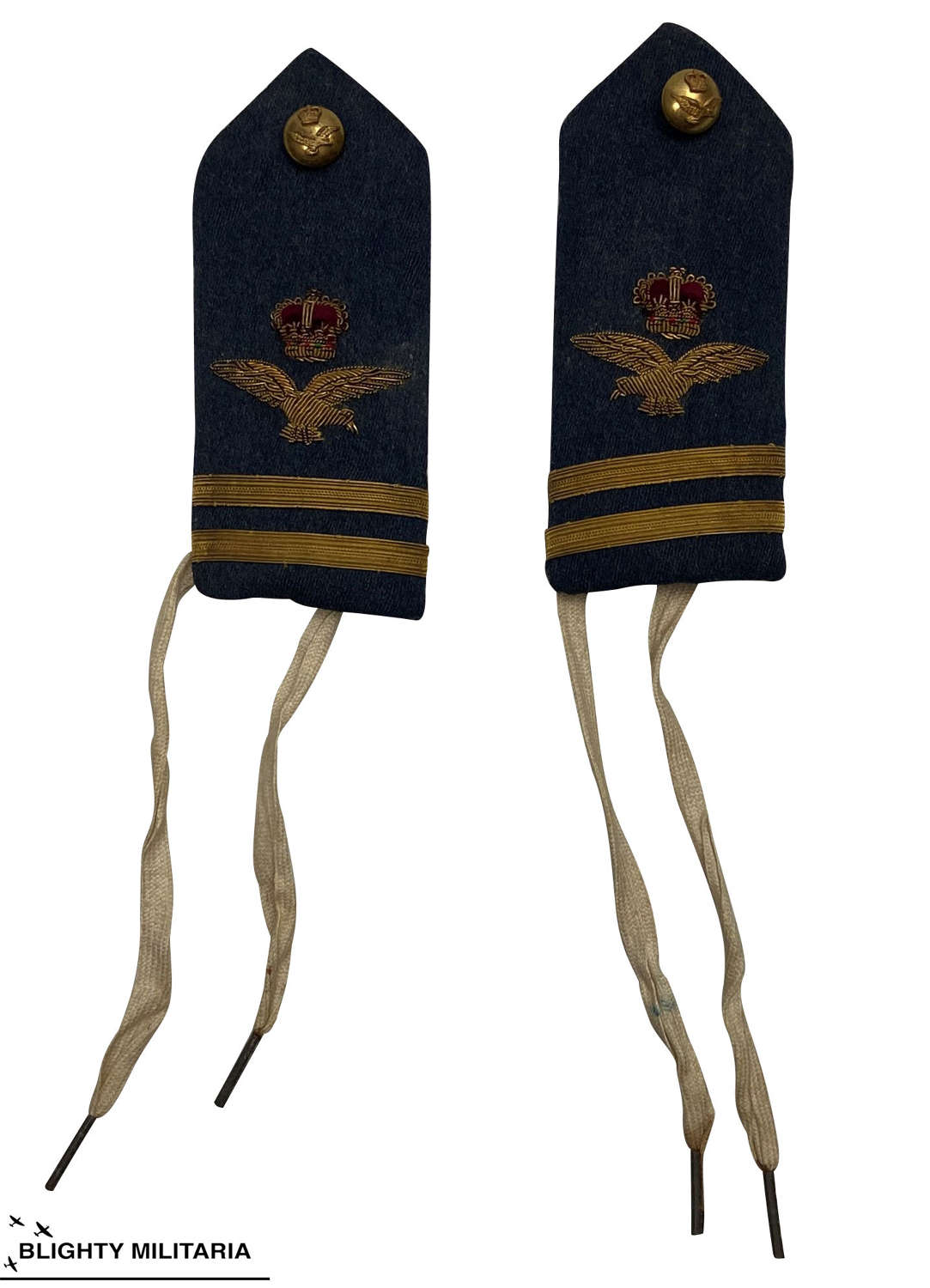 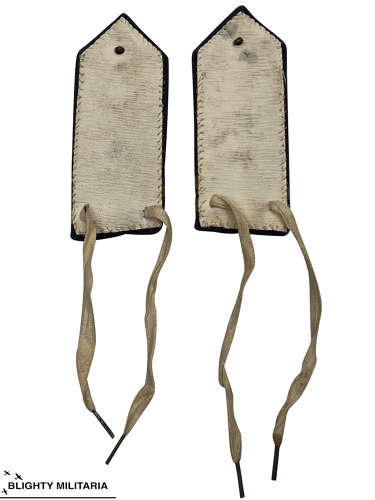 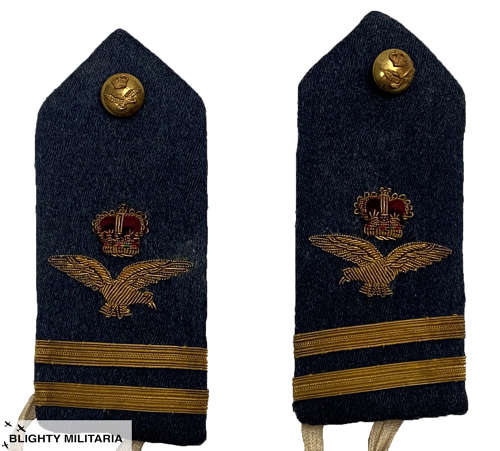 An original matched pair of RAF officers shoulder boards dating from the 1950s and in good condition.

The boards are RAF blue grey coloured wool to the front and feature gold bullion Flight Lieutenant rank and eagles. A pair of brass Queen's crown buttons are also fitted.

Good used condition as shown in the pictures.

These belonged to John Terry Tuckey who served with the RAF from the 1950s through to the 1980s.