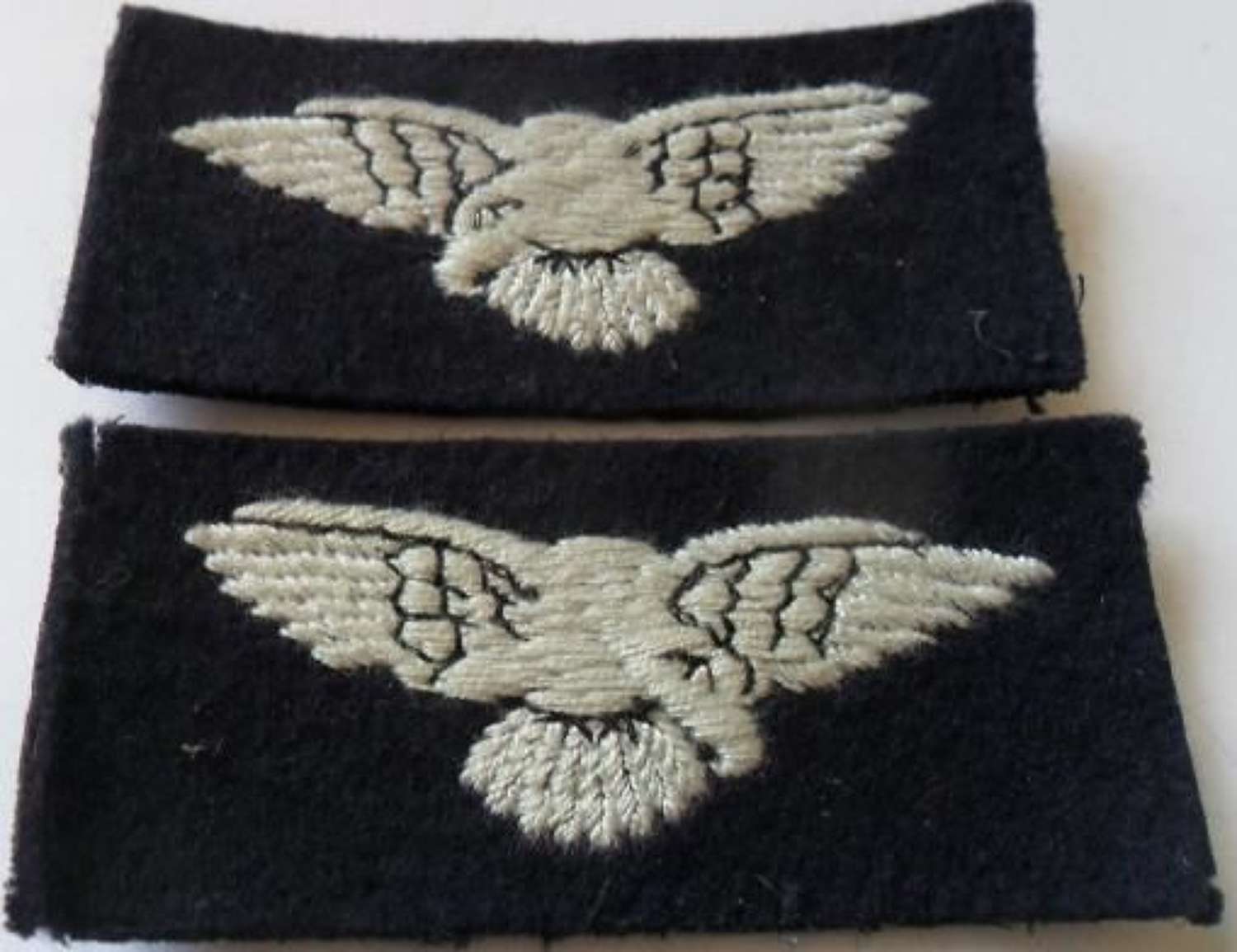 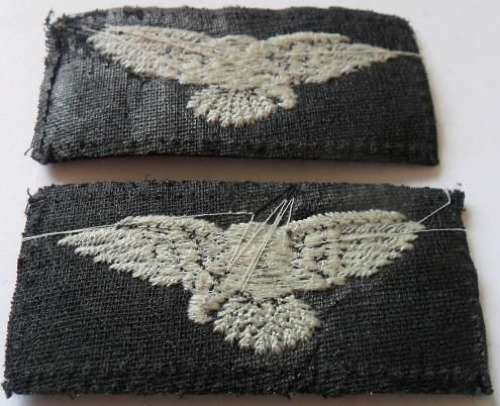 This particular badges are the early embroidered examples which were used during the 1930's before being replaced I 1941 by the semi-embroidered design.