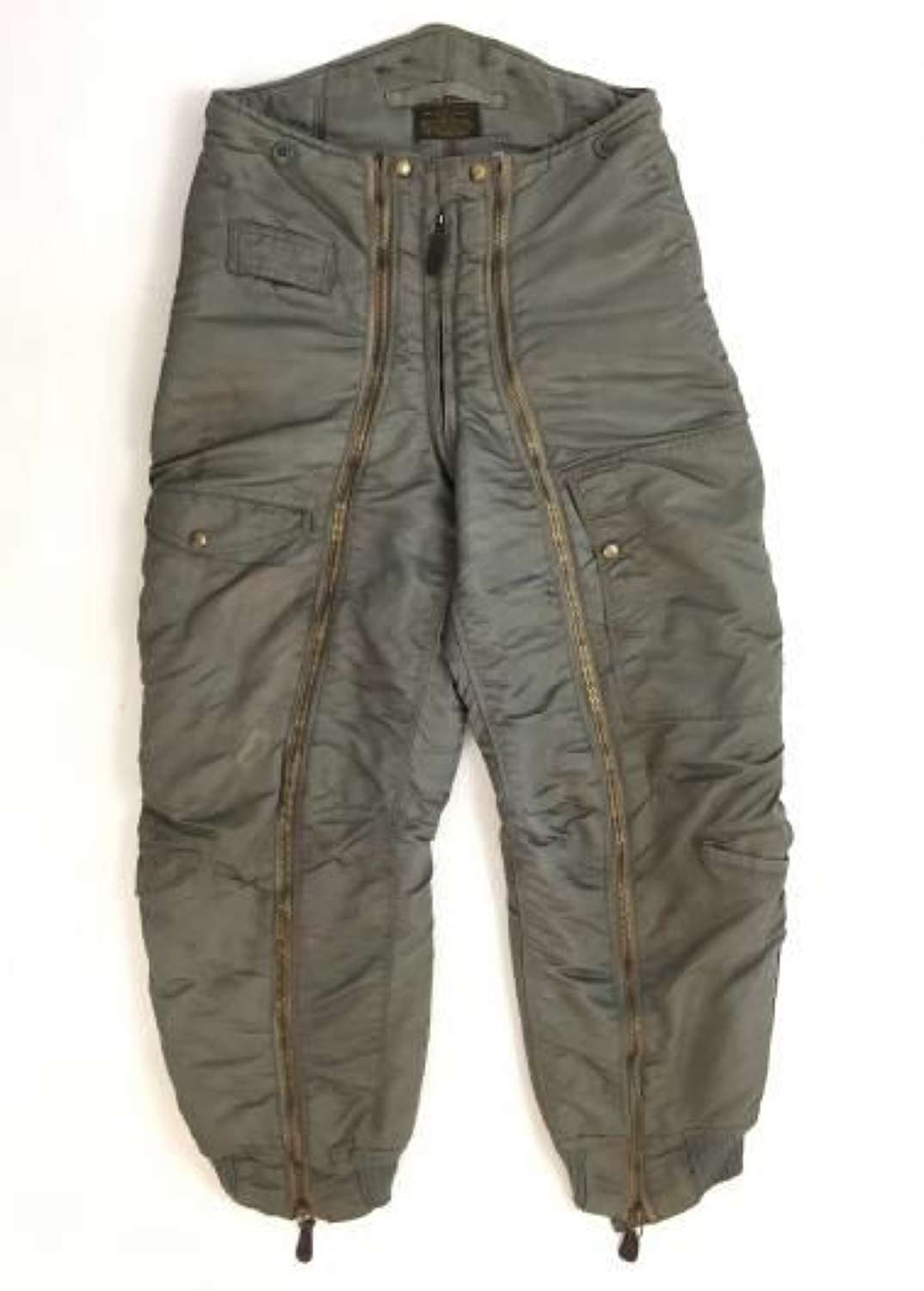 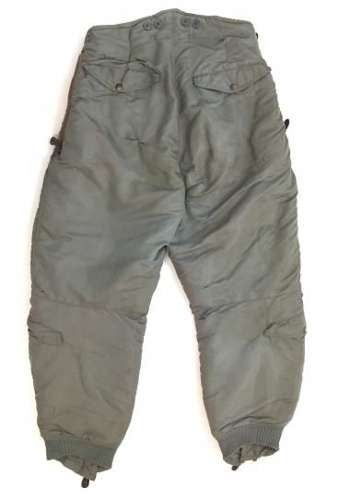 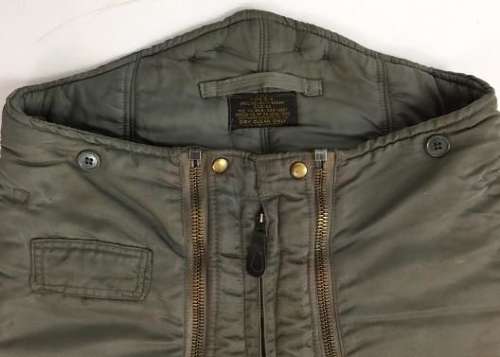 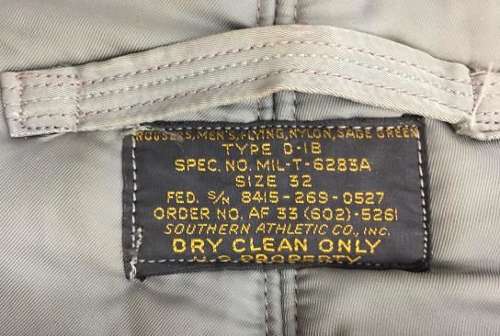 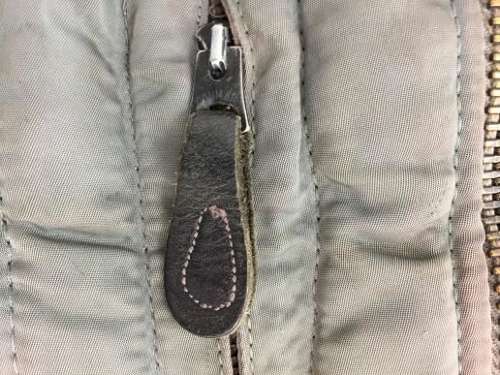 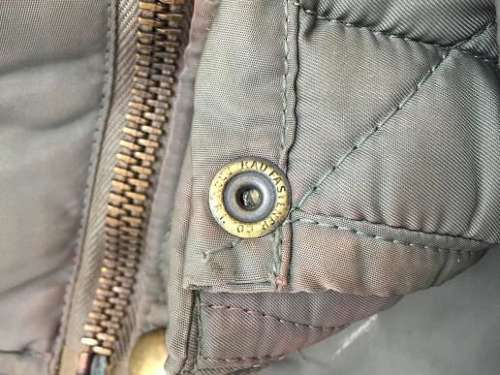 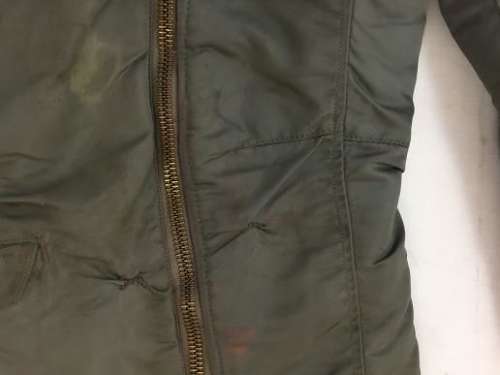 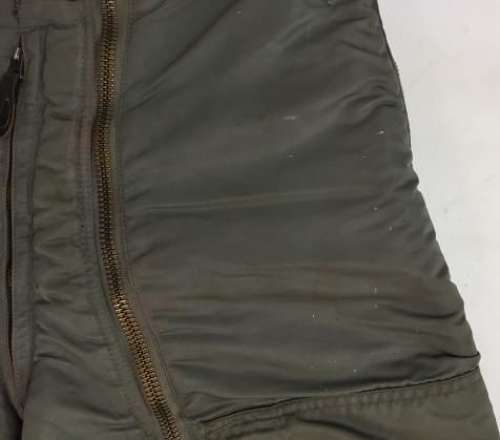 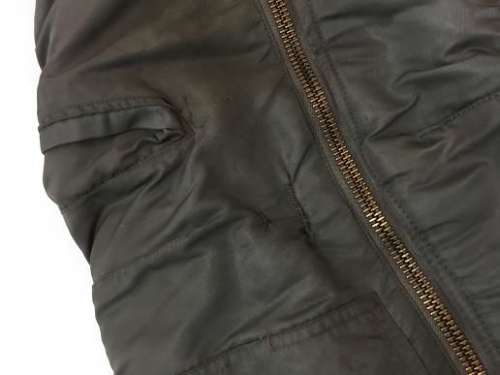 These original trousers were worn by aircrew members during the 1960s and are still in usable condition today. They feature 'Conmar' zippers which are typical of the period and all function well.

Inside the trousers still retain the original manufactures label which states 'Trousers, Mens, Flying, Nylon, Sage Green' as well as the size which in this case is 32. The manufacturers 'Southern Atheletic Co' name is also included on the label as our various contract numbers.

The condition of the trousers is pretty good for their age. They have clearly seen some action and have one or two repairs. Overall however they display very well.