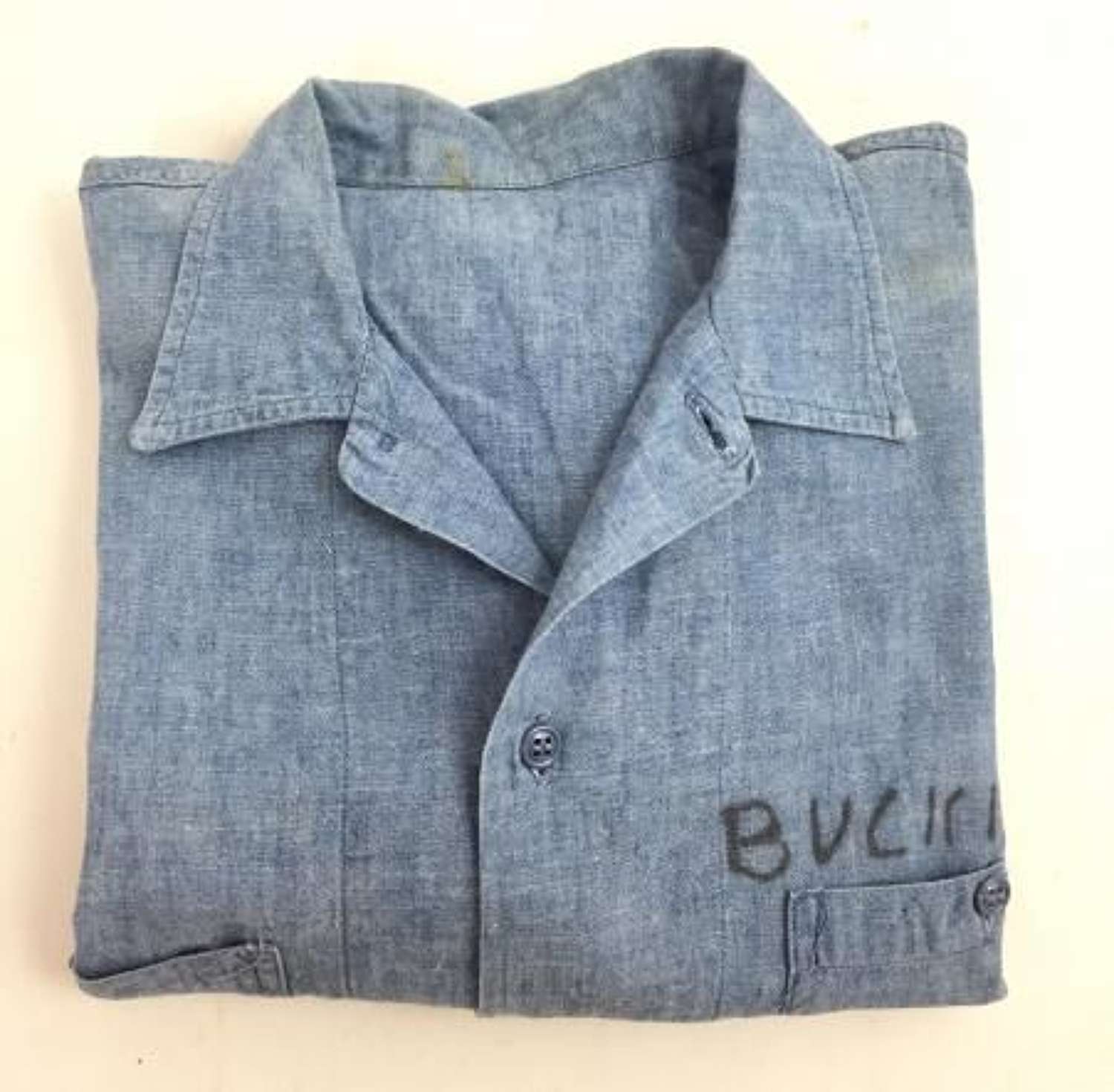 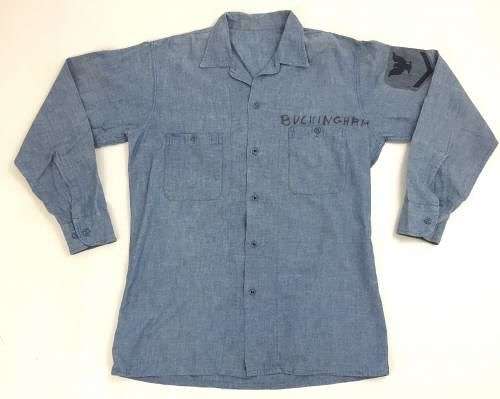 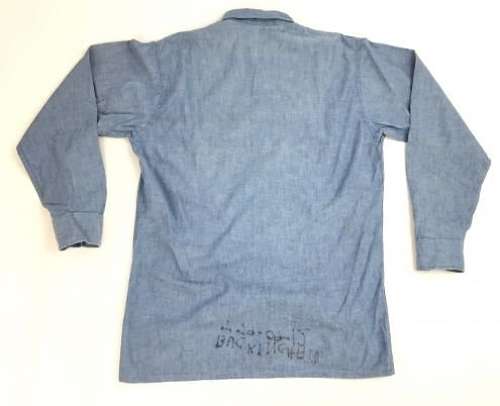 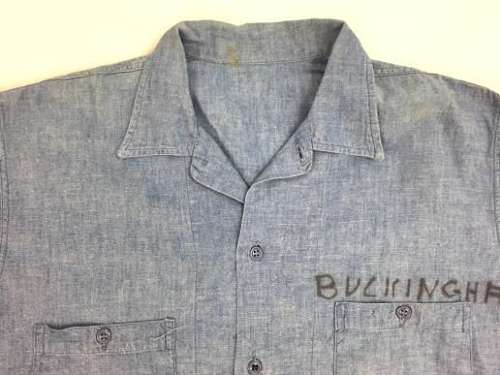 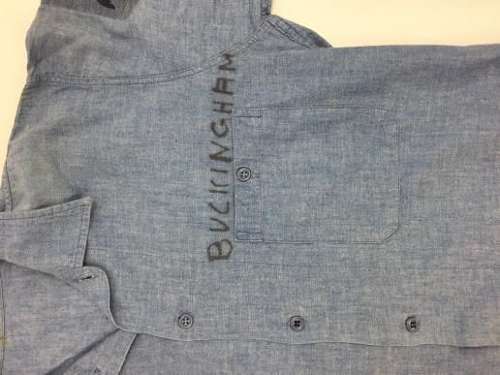 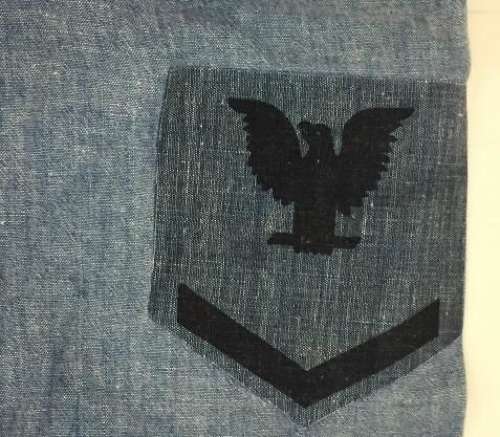 These shirts were standard issue during the Second World War and Korea and are made from a beautiful light weight blue chambray. They feature a full button front and two open top chest pockets. The sleeve bares an iron-on rank patch which denotes the rank of Petty Officer Third Class.

Above the left chest pocket to the front of the shirt the original owners name has been added which reads ‘Buckingham’. The tail of the shirt also bares his name as well as his service number.

The overall condition of the shirt appears to be very good. Please study the pictures provided to assess this yourself. Whilst the shirt has been worn it has clearly been well looked after and it displays well. All the original buttons are present.

All in all a very good example of this USN shirt in a large wearable size.