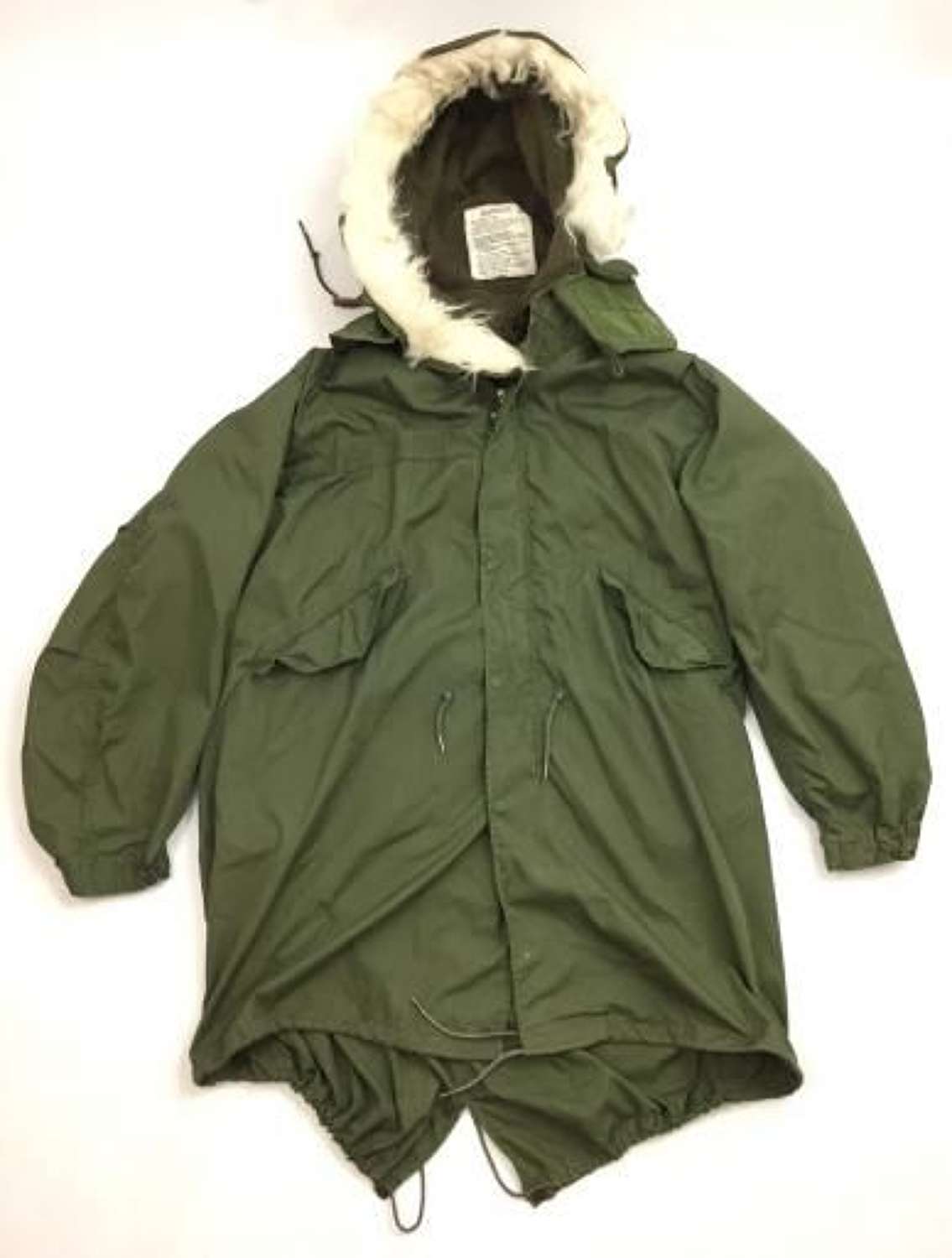 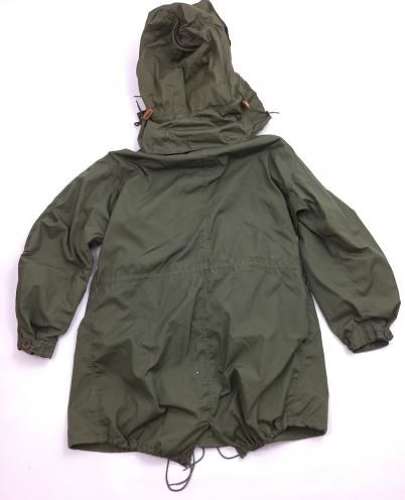 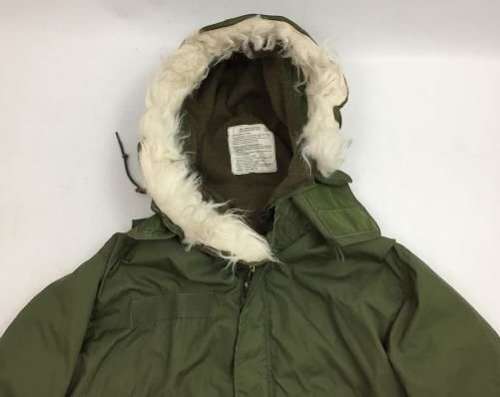 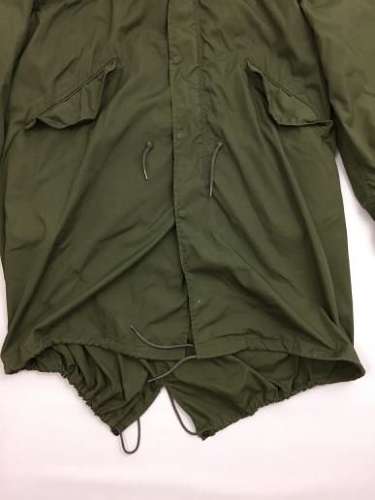 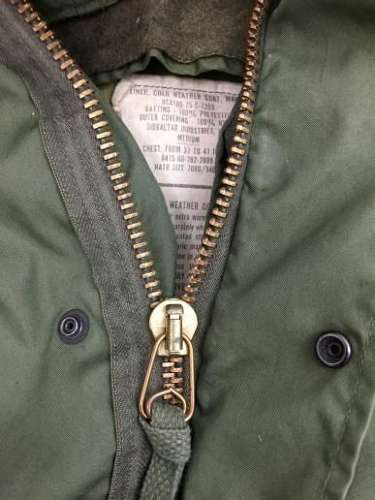 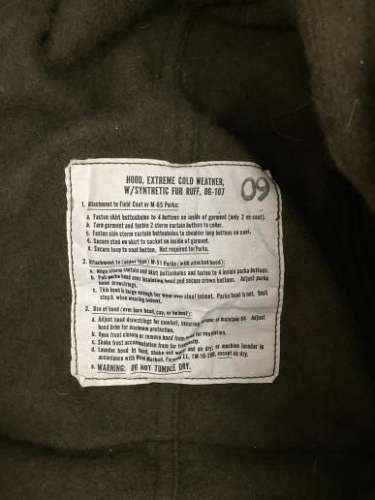 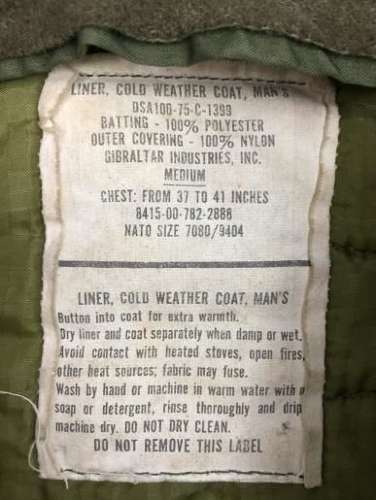 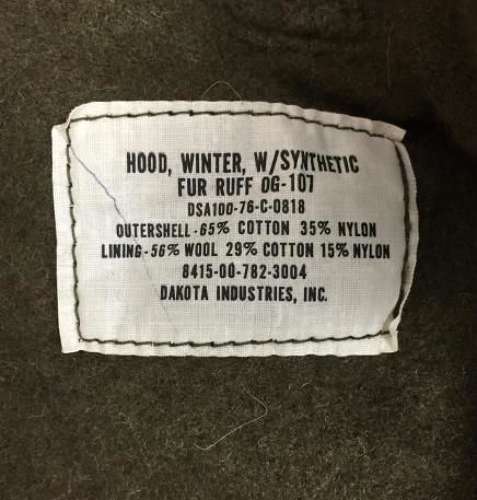 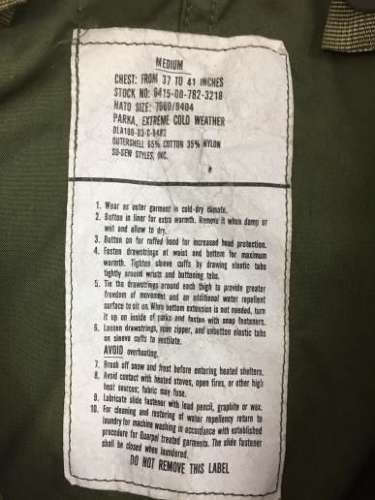 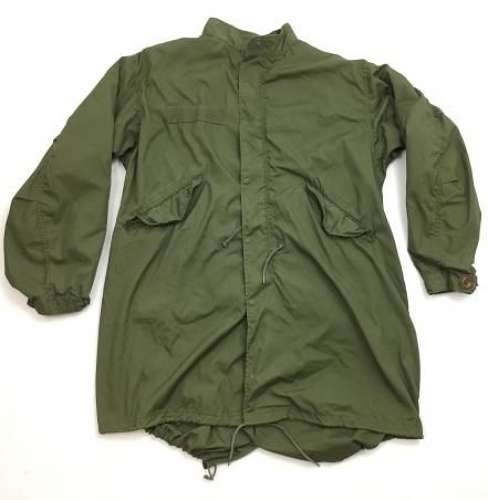 SOLD
An original US Army issue M 1965 'Fishtail' Parka as used in the Vietnam War and beyond.

The parka first saw real action in the Second World War with a number of patterns being issued throughout the conflict. Post-war the M-1951 parka came into use for the Korean War and was latter superseded by this, the M-1965.

As well as being issued to the military, the parka was also popular on civvy street as they were widely available from Army Surplus Stores during the 1950s-1980s. The parka became synonymous with the MOD scene in the UK and is now considered a style classic.

This particular example comes complete with its original liner and hood which features the internal wire and fur lined edge. The main zipper is the correct pattern brass example.

All three parts feature their original labels which are complete with the all important DSA numbers. The labels also state the manufacturer as 'Gibraltar Industries Inc' and the size as 'Medium' which will fit from a 37" to a 41" chest.

The parka is in good condition as can be seen in the pictures and doesn't appear to have any signs of undue wear or age. Please study the pictures as they form part of the description and bare in mind that this is a vintage, pre-owned item.

All in all a nice example of this, one of the most iconic coats of the 20th Century. It is in nice condition and is very complete and would make a great addition to any collection.