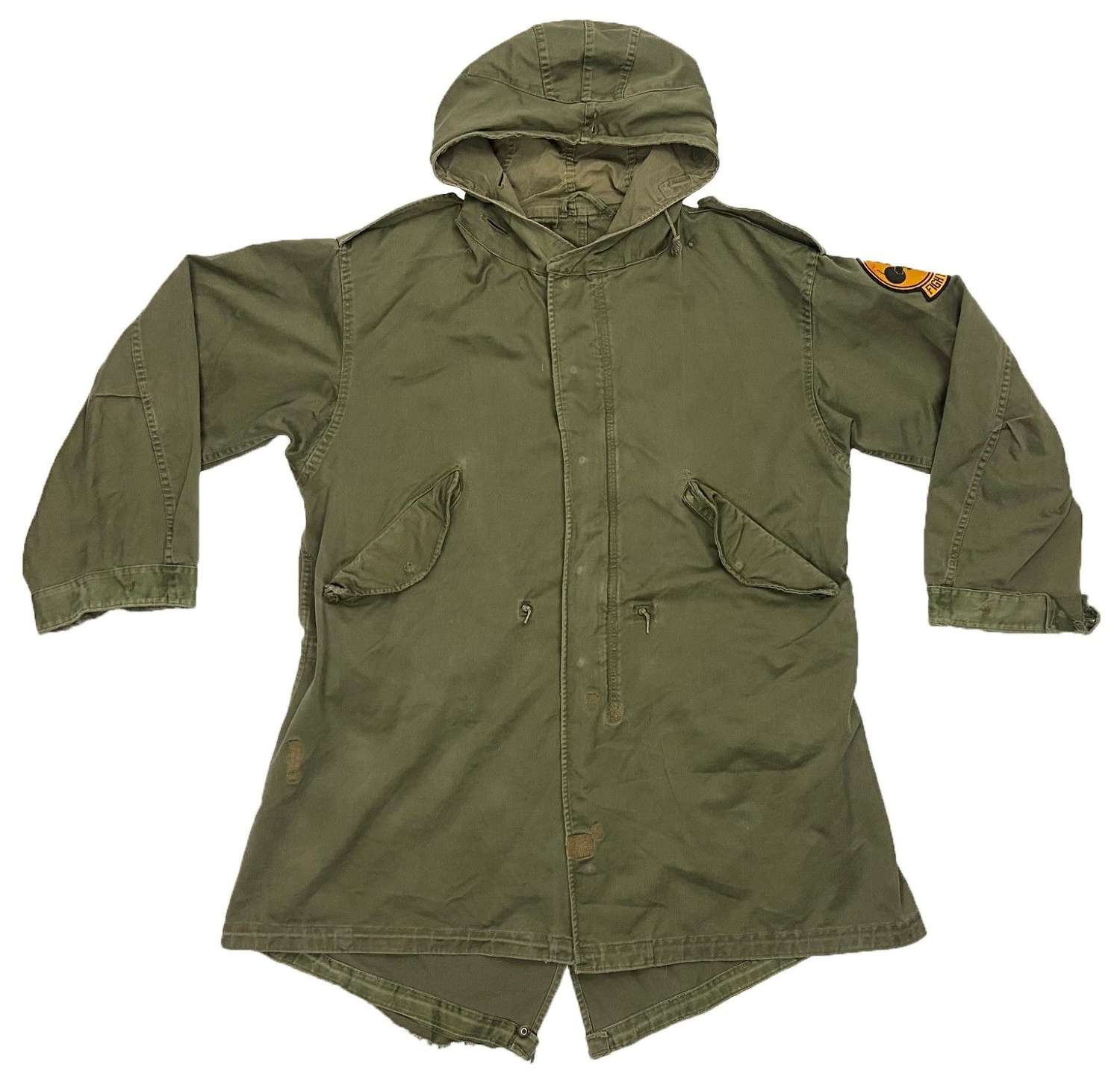 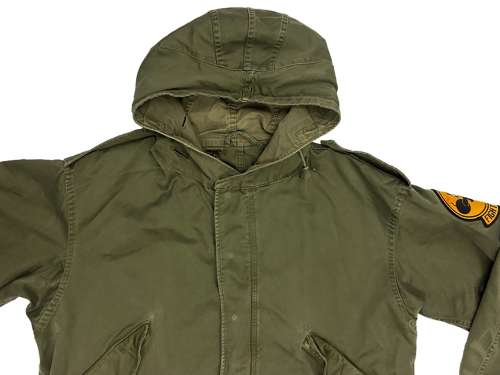 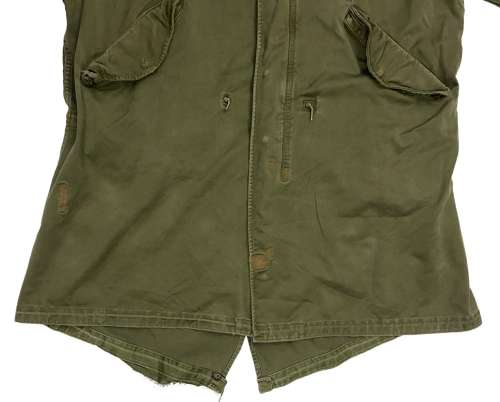 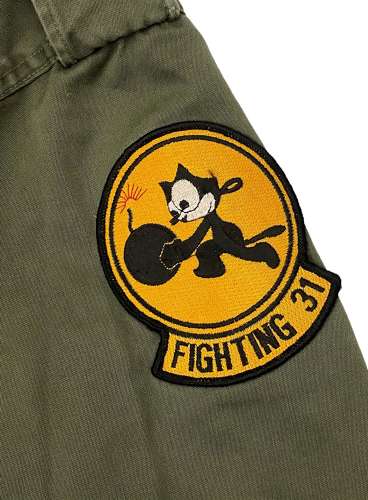 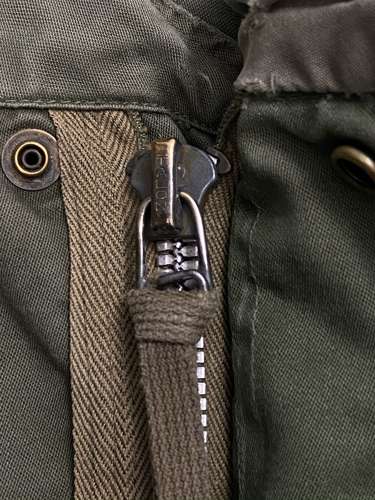 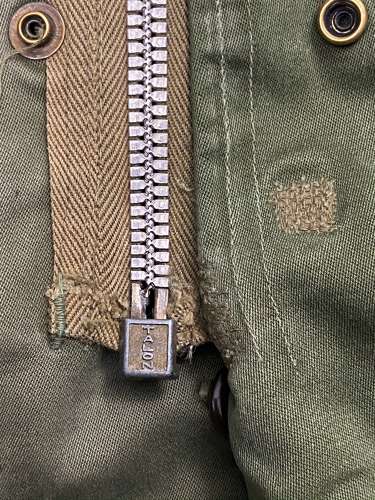 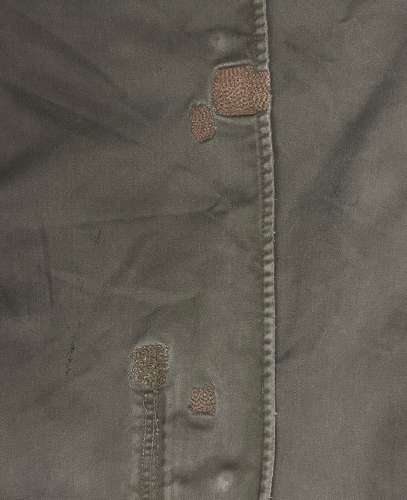 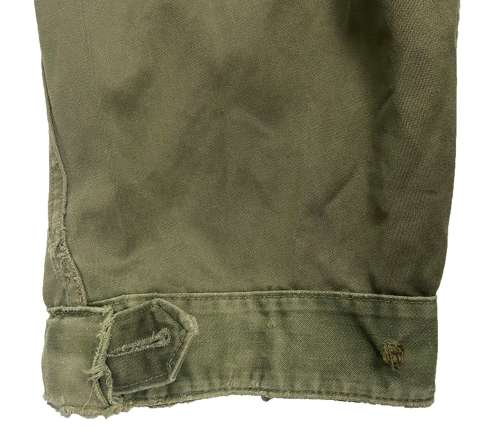 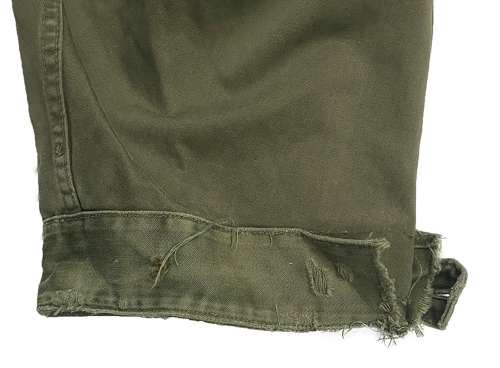 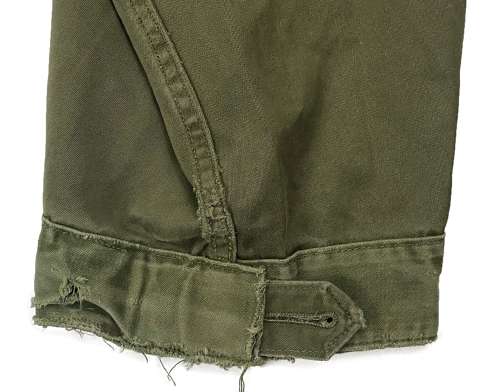 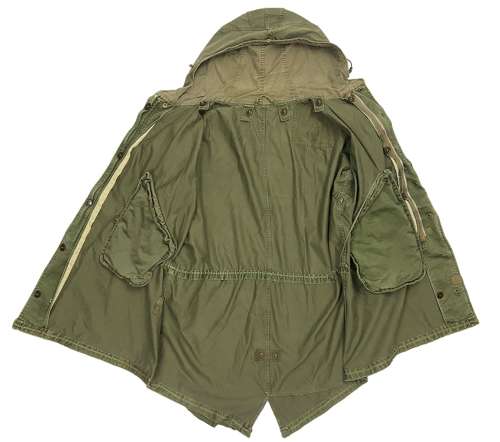 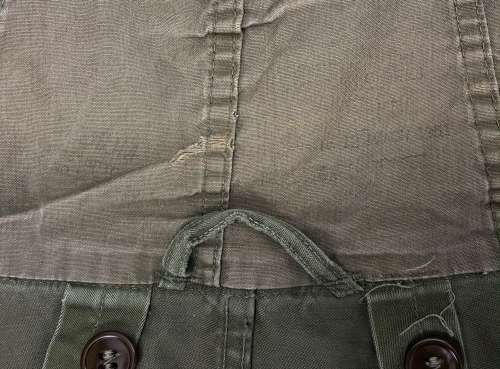 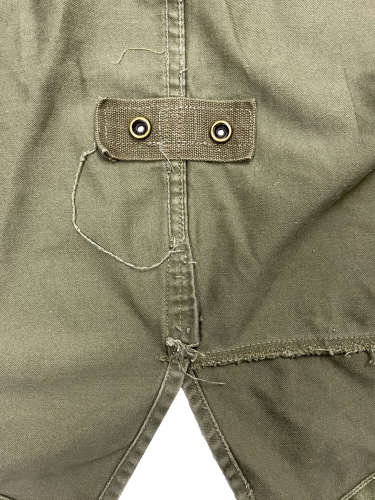 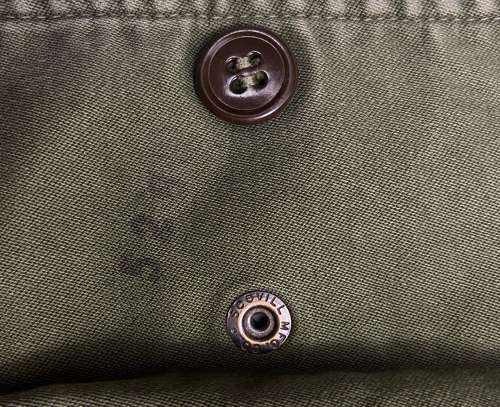 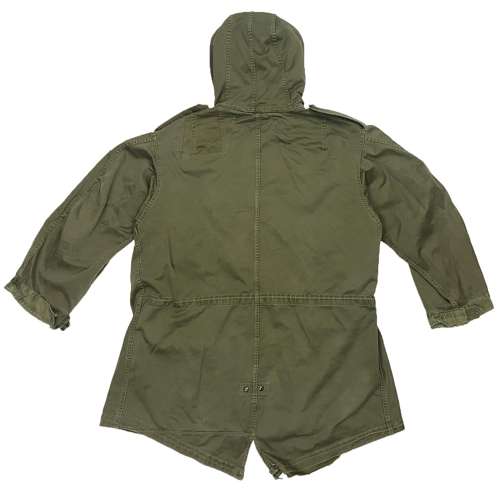 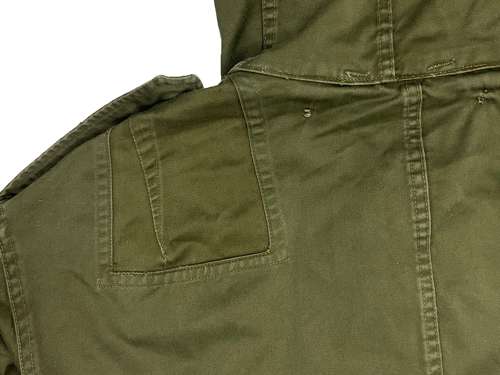 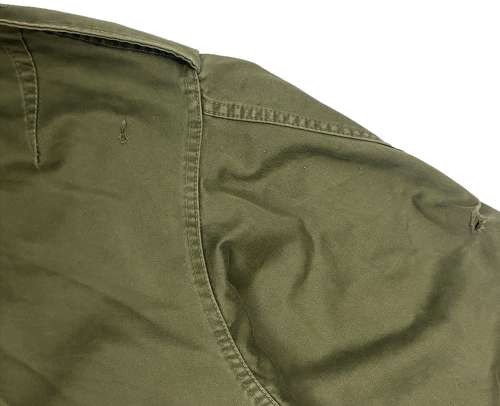 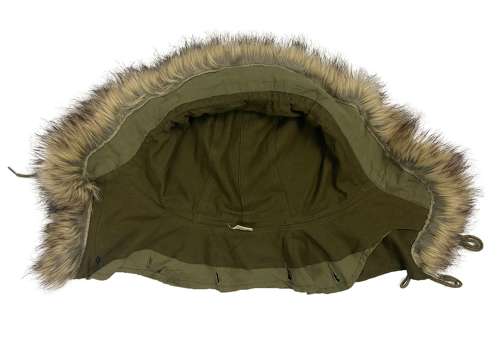 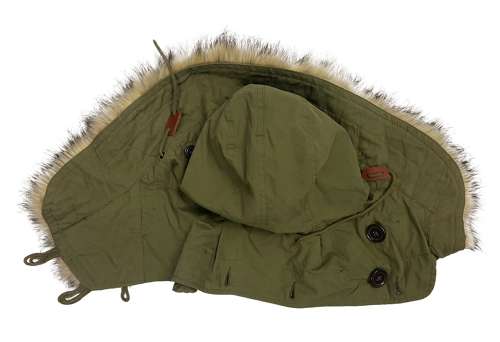 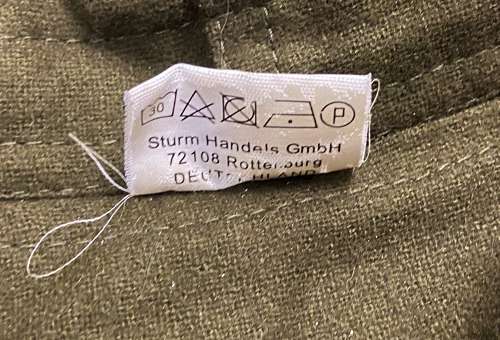 An original United States Army M51 Parka dating from the 1950s and in good condition.

These parkas saw issue with the US Army Throughout the 1950s and 1960s but also became very popular with Mods in the UK during the 1960s. They have since become more or less synonymous with the movement and originals such as this are now sought-after.

Made from the regulation colour OG107 cotton sateen, the coat features a hood, 'Talon' brand zipper to the front and angled flapped pockets which fasten with 'Scovil' brand pop studs. The rear of the parka features a fish-tail shape, giving them their nick-name of 'Fish-tail parka'. The right sleeve is fitted with a US Navy 'Fighting 31' patch which depicts a blak cat holding a bomb. Inside the coat are buttons to which a removable liner can be attached for wear in extreme cold weather.

Inside the hood of the coat the original stamps are stil legible. The size of Medium can be seen as can the date of 12 March 1951.

These coats are cut in a wide manner as they are designed to be worn over clothing as an outer layer. When laid flat it measures -

The coat is in worn condition with various signs of wear, age and use. There are a number of period repairs which appear to be period and there is wear to the cuffs with the buttons for the adjustment straps also having been removed. There is also a patch to the rear below the shoulder seam and a couple of small tears to the back of the right arm as detailed in the pictures. Please study the pictures before purchasing and bear in mind that this is a vintage, pre-worn coat.

The coat also comes with a matching button-in hood which was made in Germany and it later than the coat. None-the-less it is the correct pattern and fits well.

A good example of this iconic piece of vintage military clothing. A must have for all Mods and serious vintage clothing collectors!