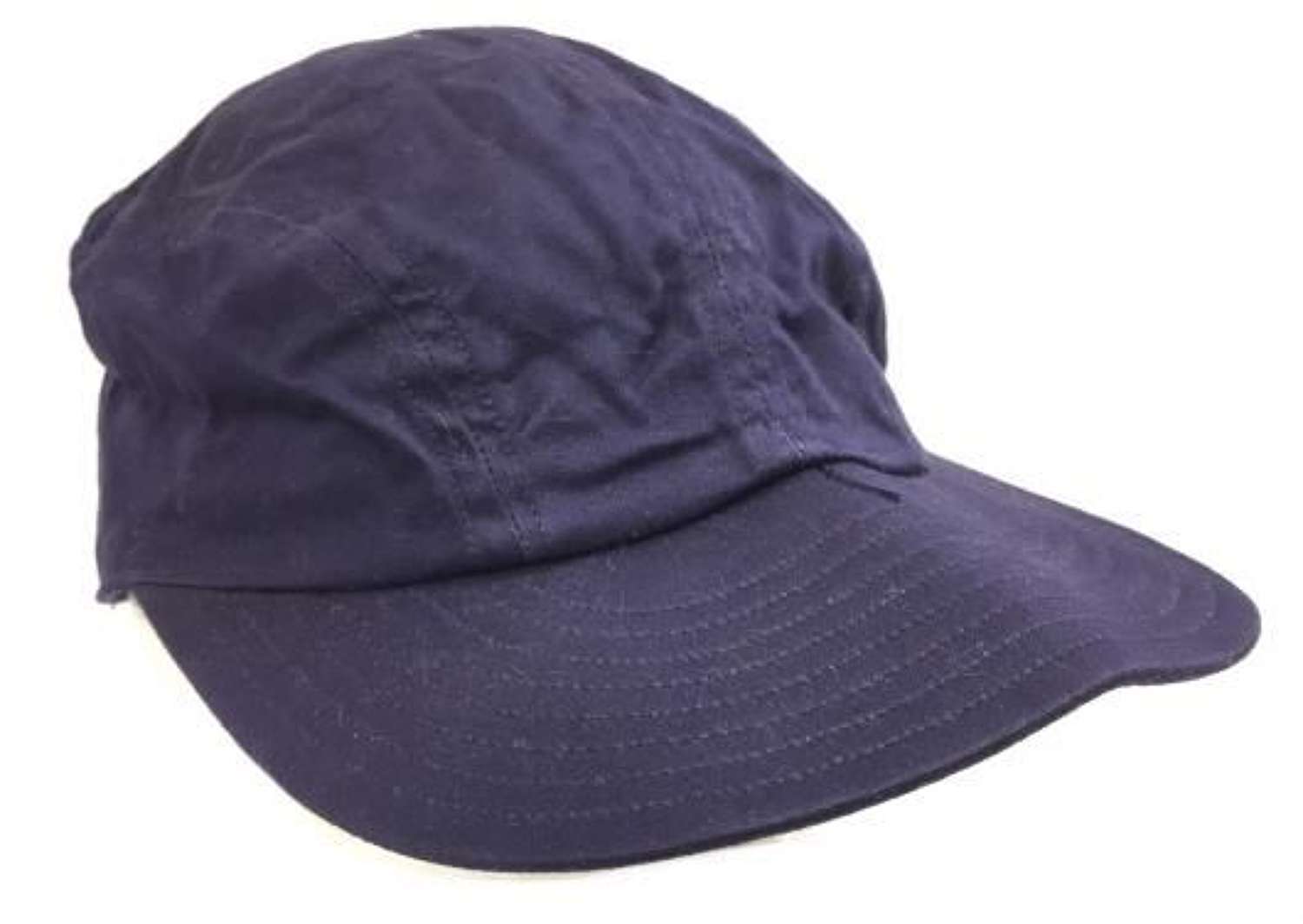 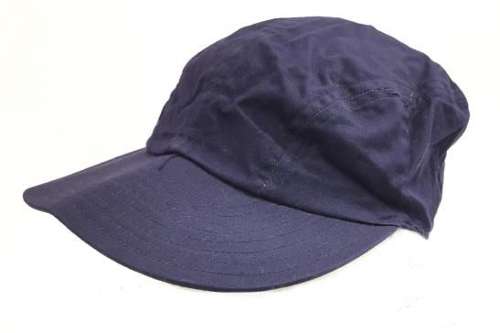 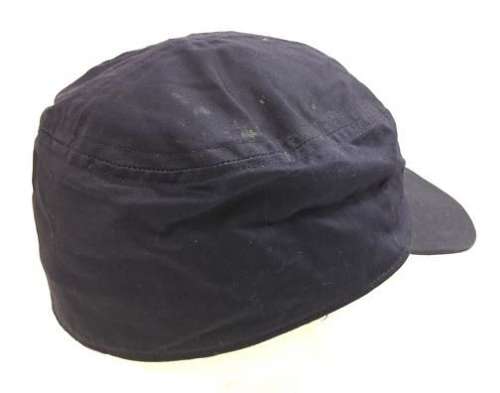 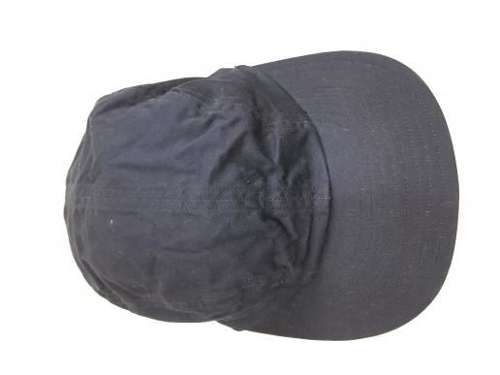 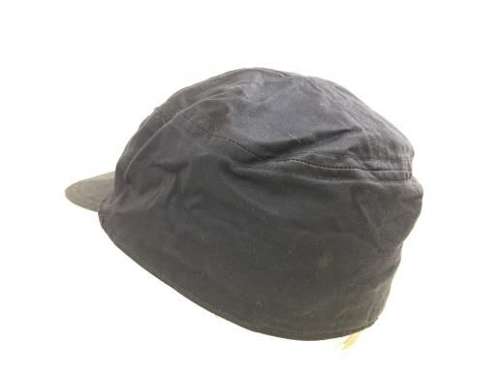 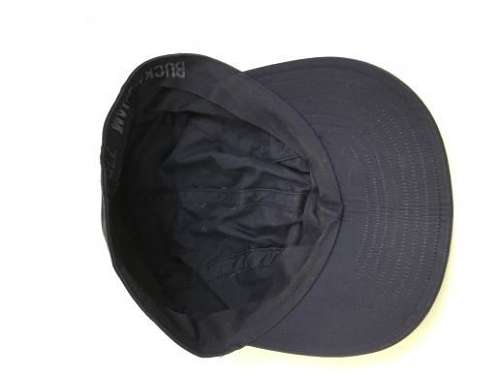 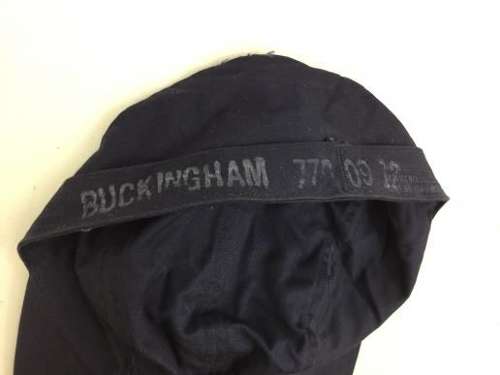 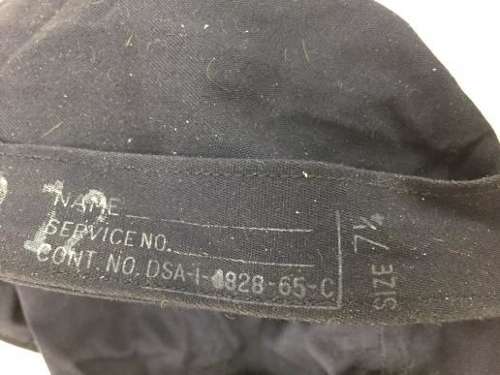 This pattern of hat came into issue during the 1950s and saw action in Korea and Vietnam. They are rare to find today and this authentic example was issued to a sailor named 'Buckingham' around the time of the Vietnam War.

Made from a navy blue cotton fabric which is still a nice deep colour. The hat does not appear to have been worn much, if at all and doesn't show signs of sun bleaching or fading from washing.

Inside the cap all the original markings appear to be present and are still clearly legible. The size is marked at 7 1/4 and the DSA contract number has 65 in it which relates to the year of manufacture - 1965. The original owner has also marked his name into the headband which reads 'Buckingham'.

Altogether a nice, hard to find original cap in a good wearable size.