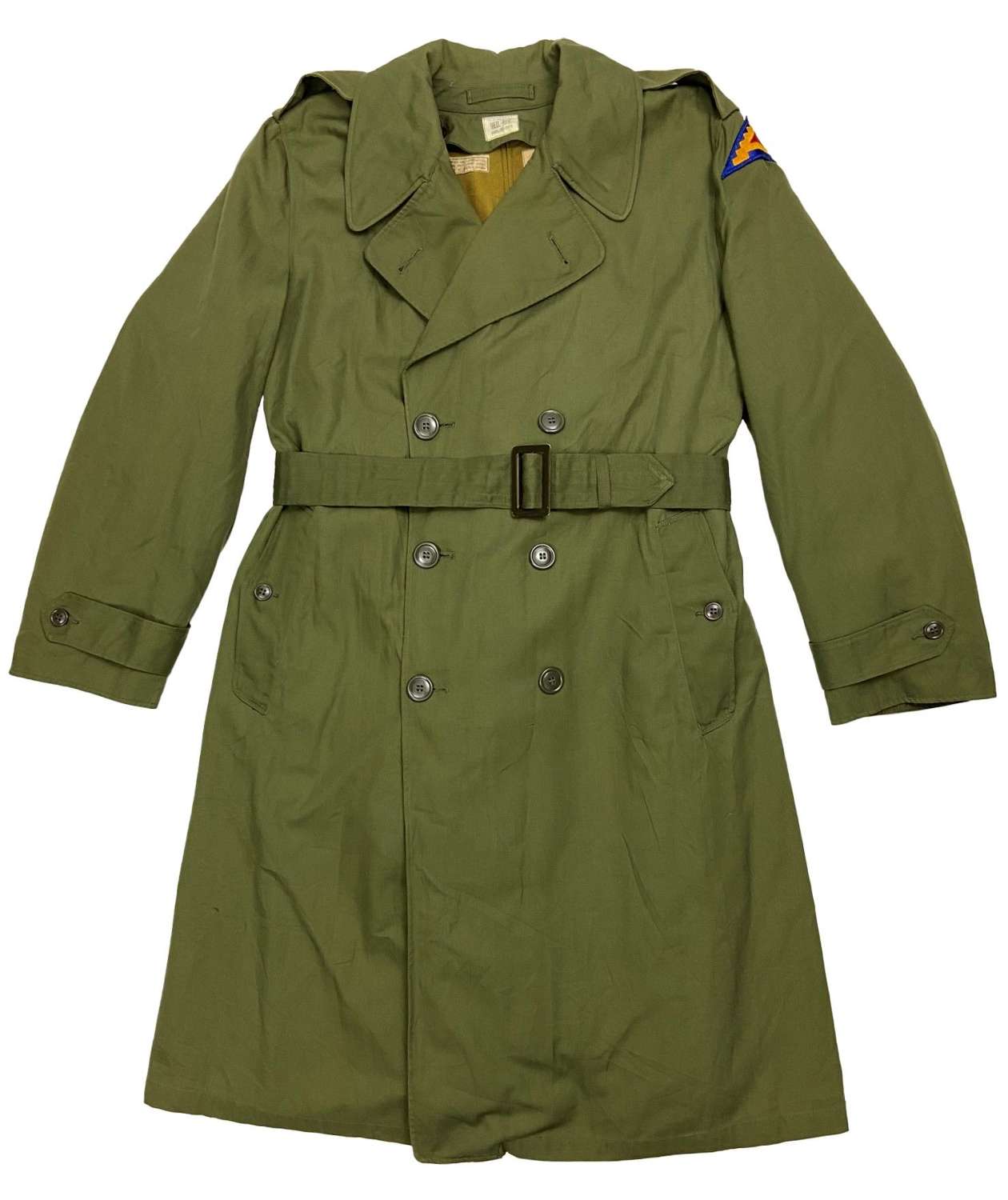 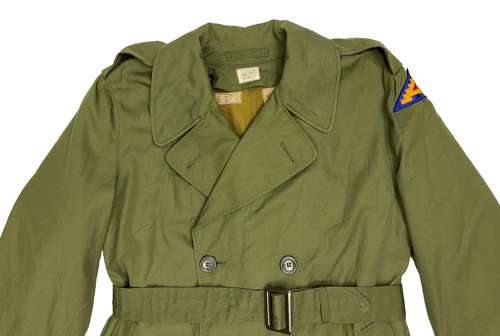 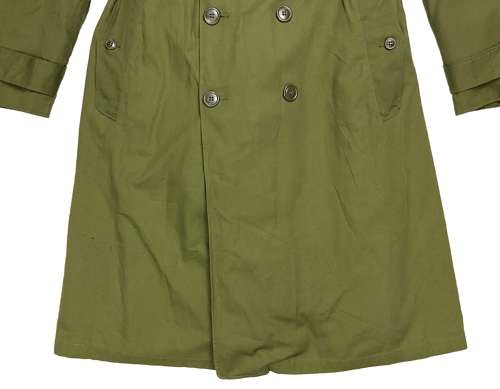 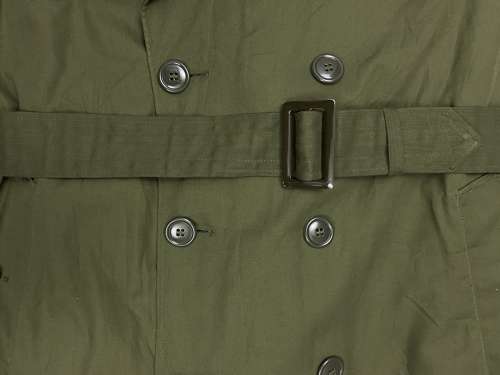 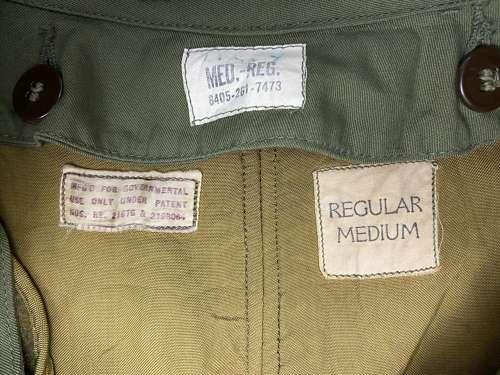 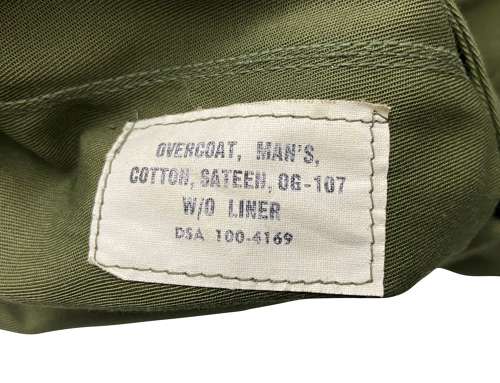 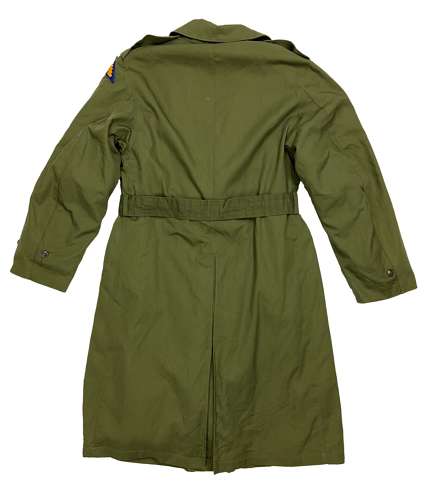 An original 1960s OG 107 US Army Raincoat in a size Regular Medium.

The coat is fitted with a button-in liner which can be removed in warmer climates. It features a wool blanket section designed to keep the wearer warm as well as a waterproof upper section to keep the wearer dry in extreme weather.

Inside the pocket of the raincoat the original label is still present and is bright and legible. The official title is 'Overcoat, Man's, Cotton, Sateen, O.G - 107 W/O Liner'. Below this is a DSA number which would suggest this example was made in the 1960s. A second label can be found to the inside of the neck of the coat which states the size as Medium Regular. The liner also bears labels including a size label of Medium Regular.