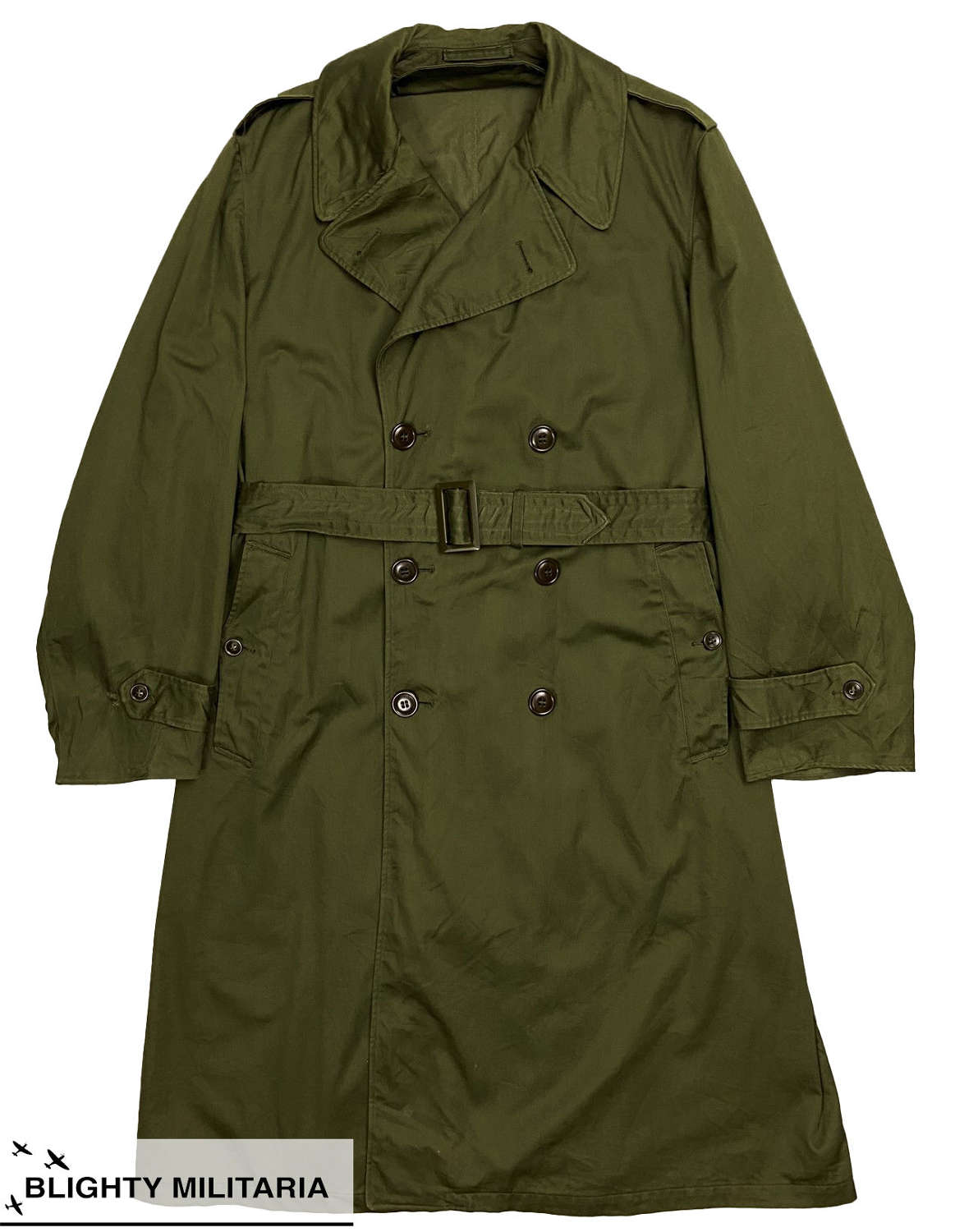 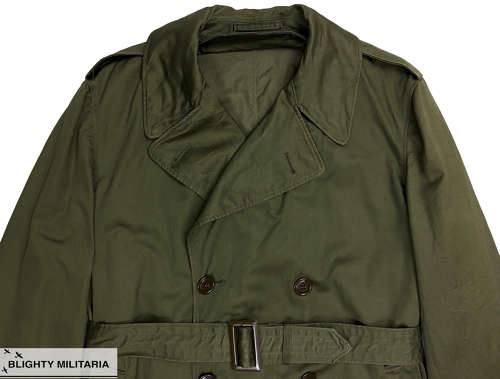 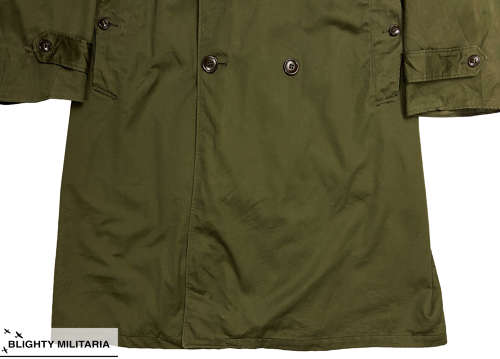 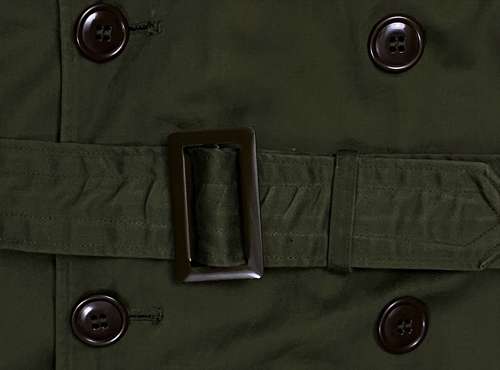 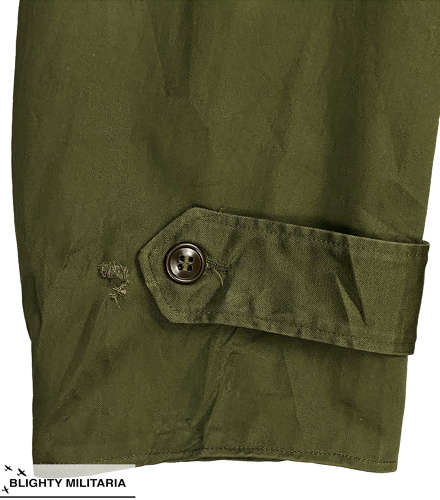 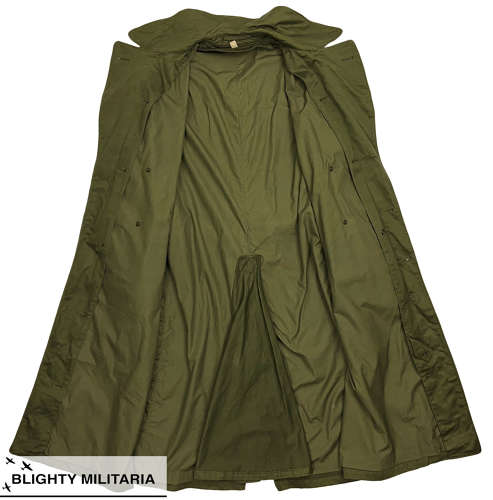 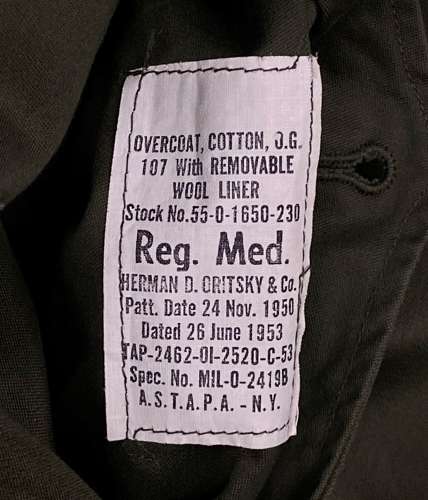 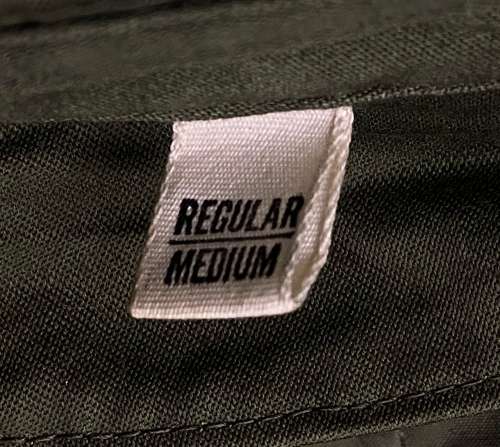 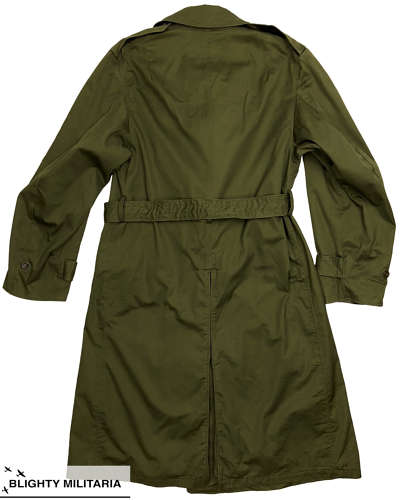 The coat is made from a green cotton sateen which is a very waterproof material and was popular during the mid century period for this reason. The coat is cut in a typical raincoat - macintosh style which was prevalent from the 1930s through to the 1950s. The coat features a double breasted closure to the front which fastens with brown US Army style buttons. A belt is fitted around the waist and fastens with a metal buckle which has been painted the same shade of brown as found on the buttons. Two pocket flaps are located to each side of the coat which can be fastened with buttons. Through these flaps the wearer's hand can pass to the clothes worn underneath or into large pocket bags. The cuffs feature a button and tab arrangement, epaulettes are fitted to the shoulders and the collar features a tab which fastens around the wearer's throat.

Inside the pocket of the raincoat the original label is still present and is bright and legible. The official title is 'Overcoat Cotton, O.G. 107 With Removable Wool Liner' and the size as 'REG MED'. The manufacturer's name of 'Herman D. Oritsky & Co' is present as is the manufacture date of 26th of June 1953.

The coat is in good condition as can be seen in the pictures. There is a repair to the sleeve and general signs of wear. It is a vintage, pre-worn item however and whilst it is still a very wearable coat it may have small issues commensurate with age. Please take time to study the pictures.