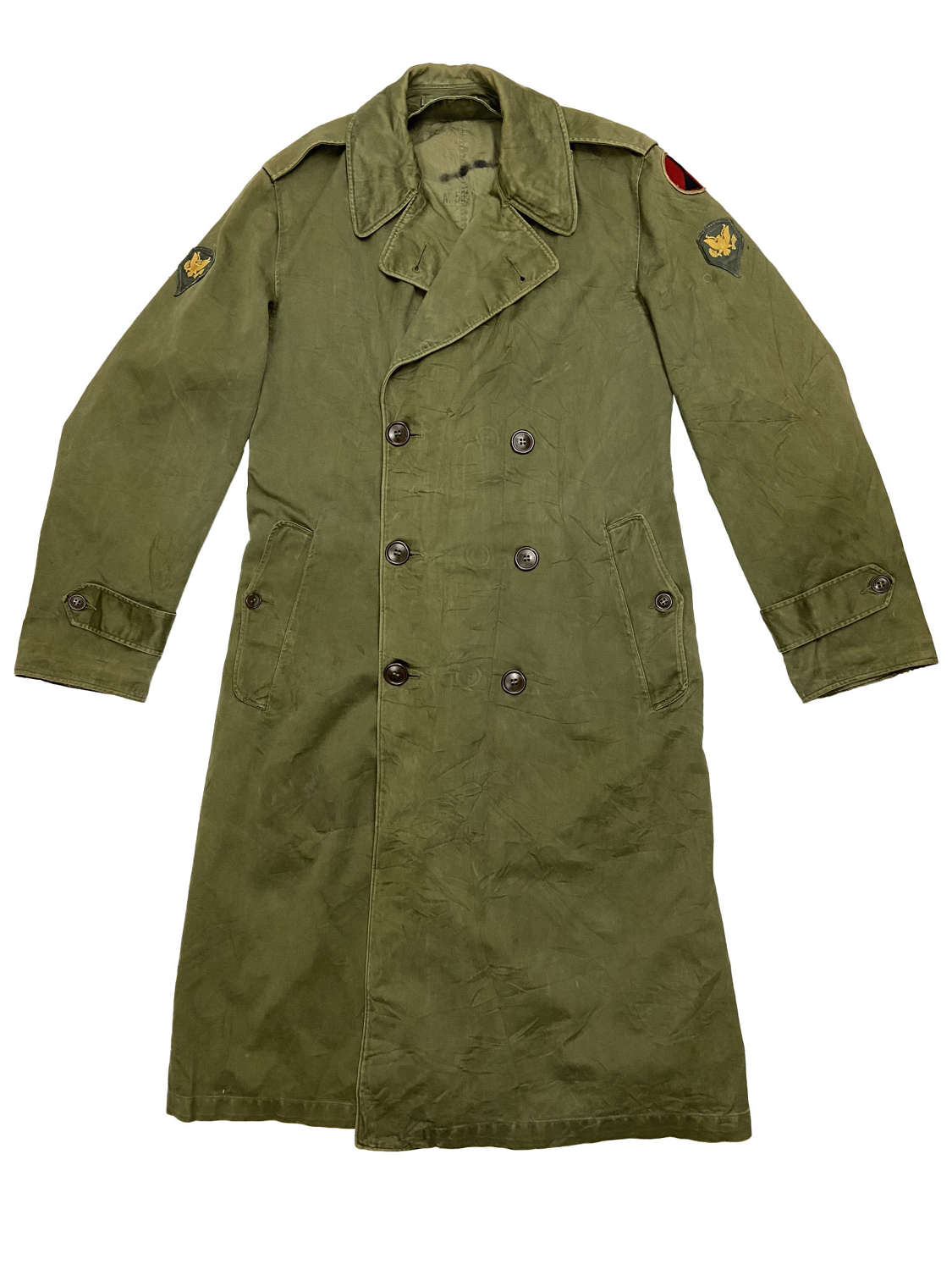 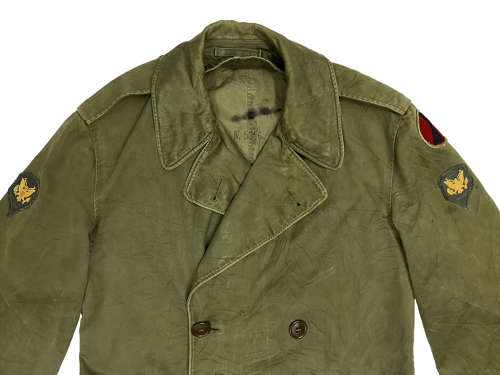 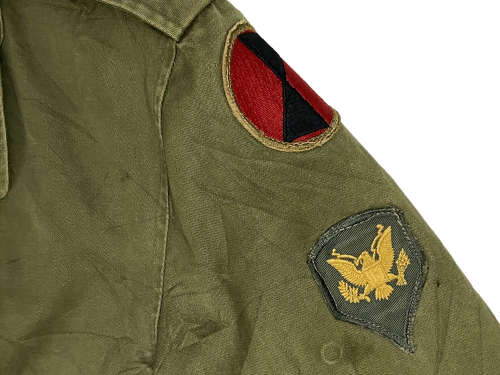 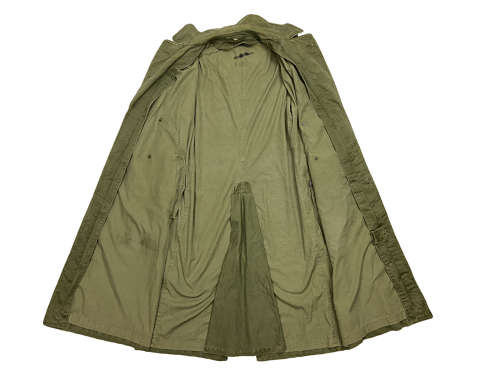 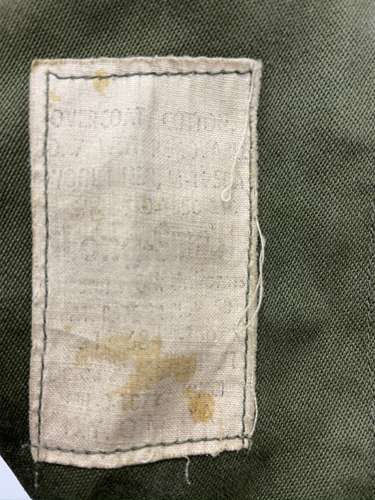 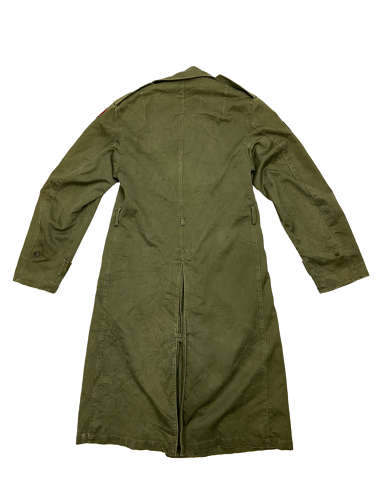 Inside the pocket of the raincoat the original label is still present but is washed out with the details being hard to read. The size of Small Long can be seen along with some other details. The coat has a second label to the neck which again states the size as Small Long.