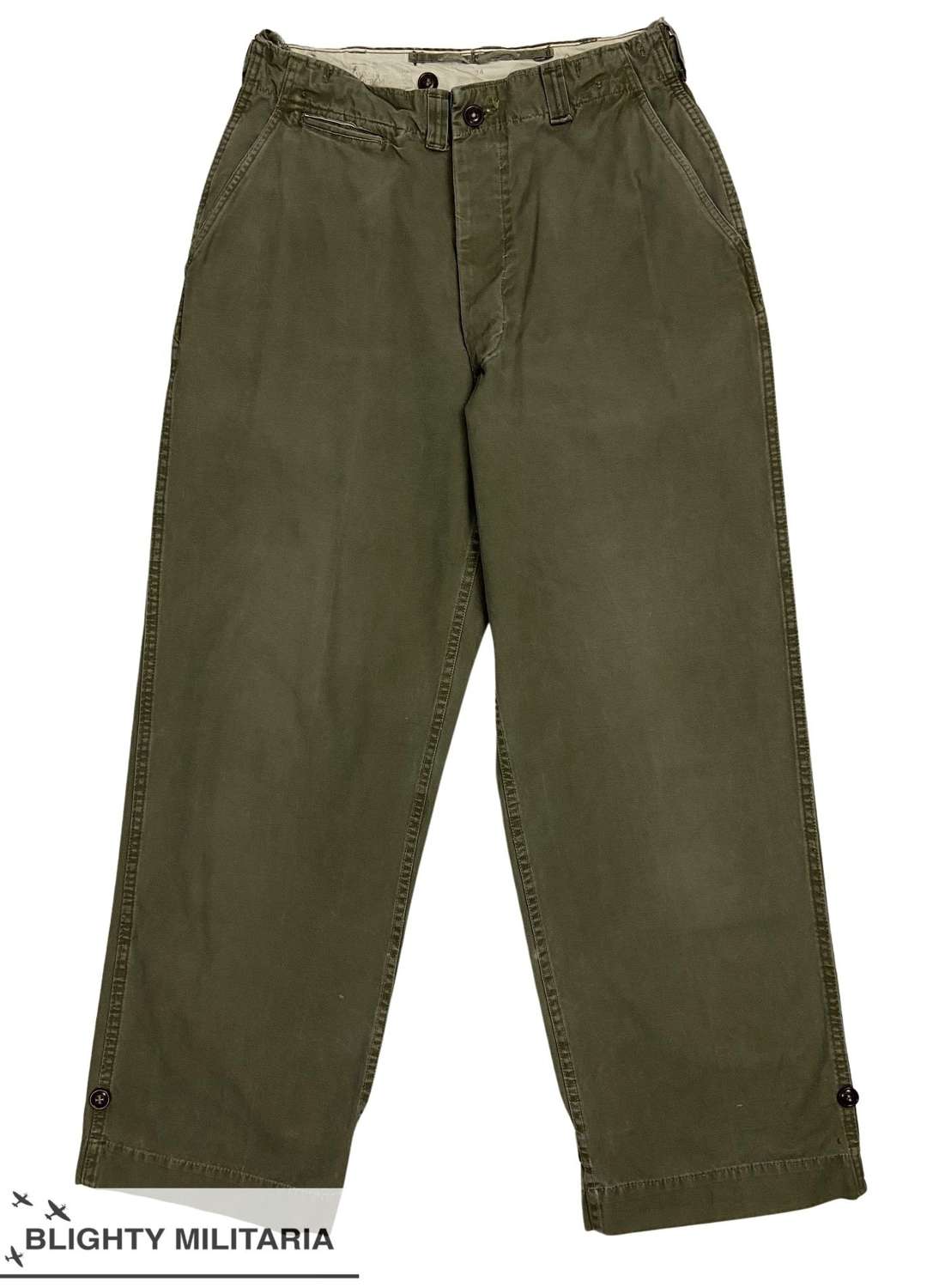 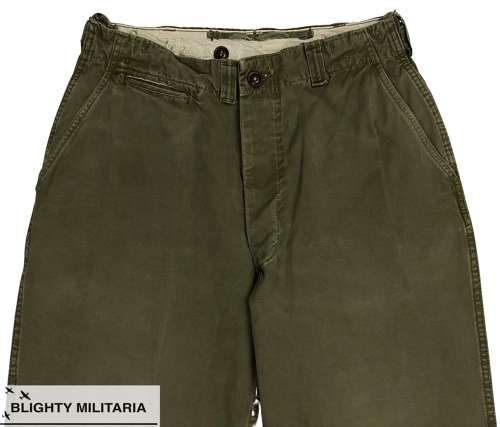 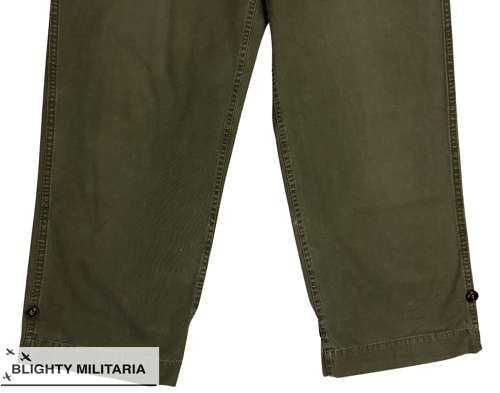 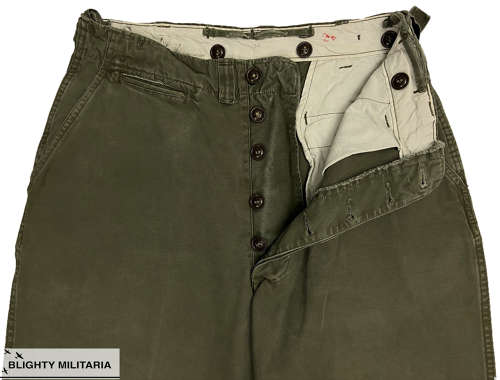 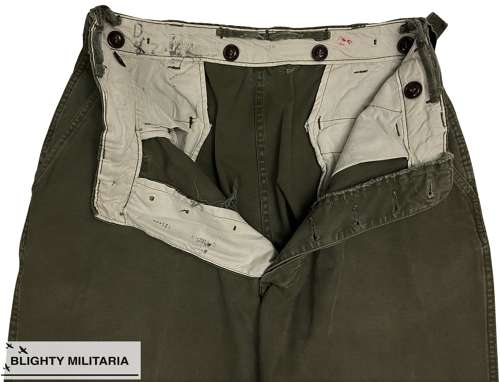 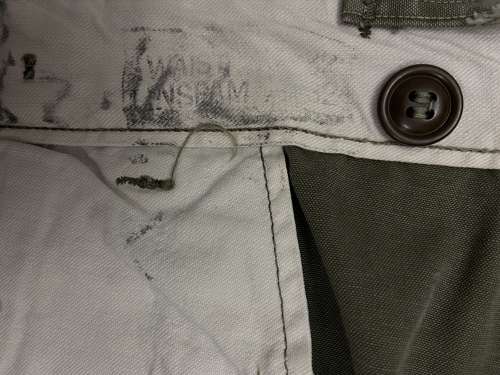 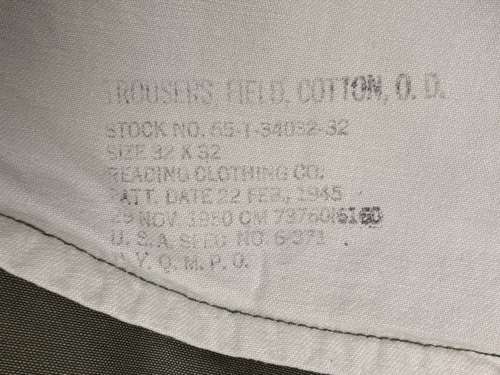 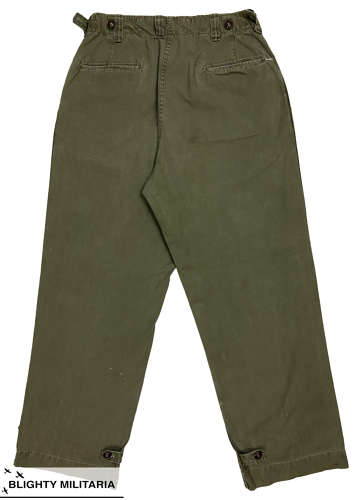 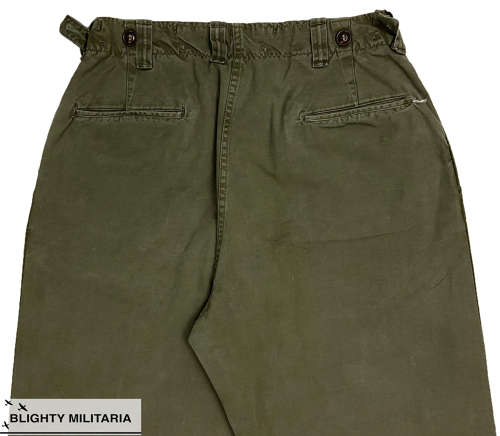 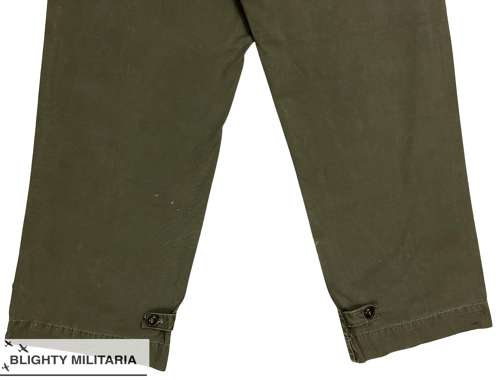 This pattern of trousers was introduced in the middle of the Second World War alongside the M1943 Combat Jacket. Officially designated 'Trousers, Field, Cotton OD', these trousers saw extensive issue with US units during the last two years of the war, especially in the ETO. They also saw issue in the Korean War.

This particular pair of trousers were made shortly before the introduction of the M1951 system making them one of the last pairs to be made. Aside from the reversed take up tabs they are identical to earlier manufactured examples in every way.

Made from an olive drab coloured cotton sateen, these trousers were designed to be worn over wool trousers. They feature a button fly, ankle tabs to the bottom of the leg and angled slash pockets to the hips. The rear of the trousers feature two welt pockets and belt loops are fitted around the waist. Waist adjusters are also present to each hip.

Inside the trousers the original stamps are still present. The size is marked in the usual place along the waistband and reads 32x32 whilst another stamp can be found on the right hand pocket bag. It bears the pattern date of February 1945 and the manufacture date of November 1950.

The trousers are in good wearable condition and display well overall. They show some signs of wear and use but look to be very wearable overall. Please take time to study them before purchasing and bear in mind that these are a pre-worn pair of military trousers which may have small issues commensurate with age.

A nice pair of original US Army combat trousers!