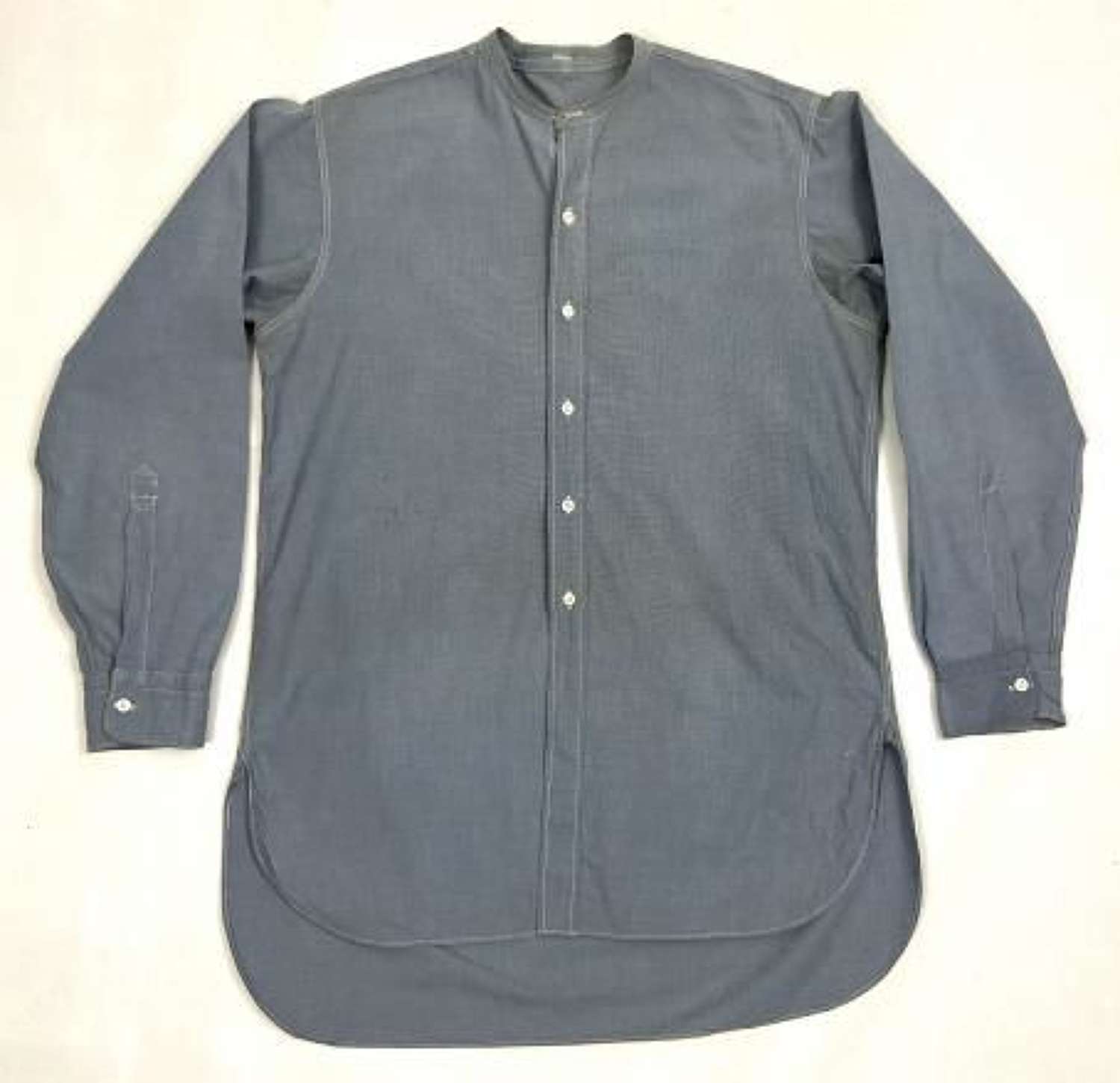 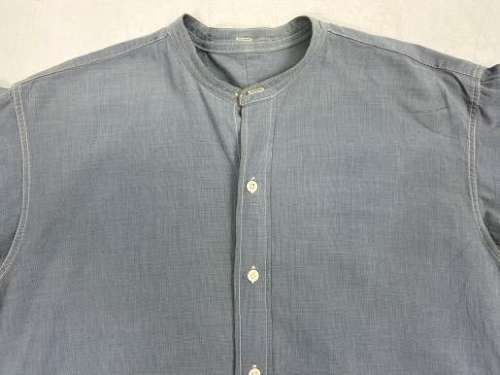 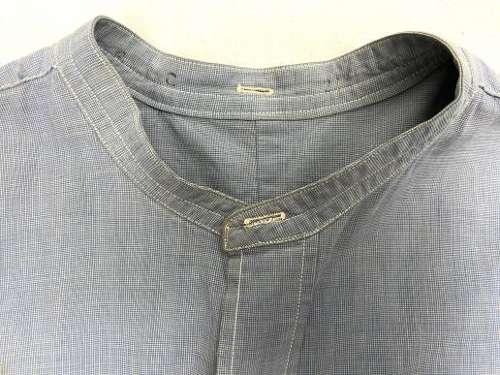 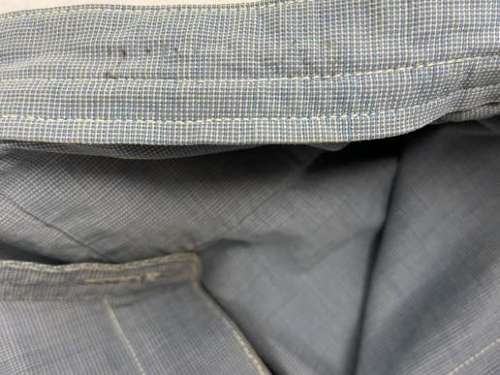 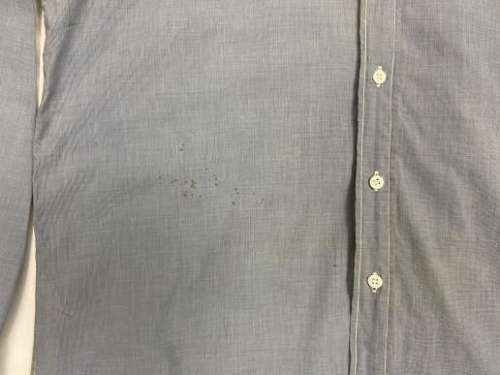 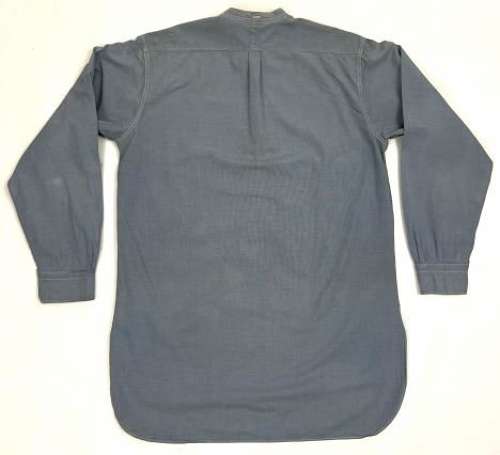 This particular example is in good condition for its age are no rips or tears. There is some staining however, most likely from storage so please study the pictures.

The shirt is a hard to find size with a large neckband. It came with two collars (listed below) which are size 16 1/2" and fit the shirt well. The chest measures at 23" pit to pit so should fit a 38-42" chest depending on desired fit.

The markings in the shirt collar are still present although somewhat faint. Part of the contract number can be seen along with other markings but nothing to clear.

A hard to find shirt in good condition in a larger wearable size.