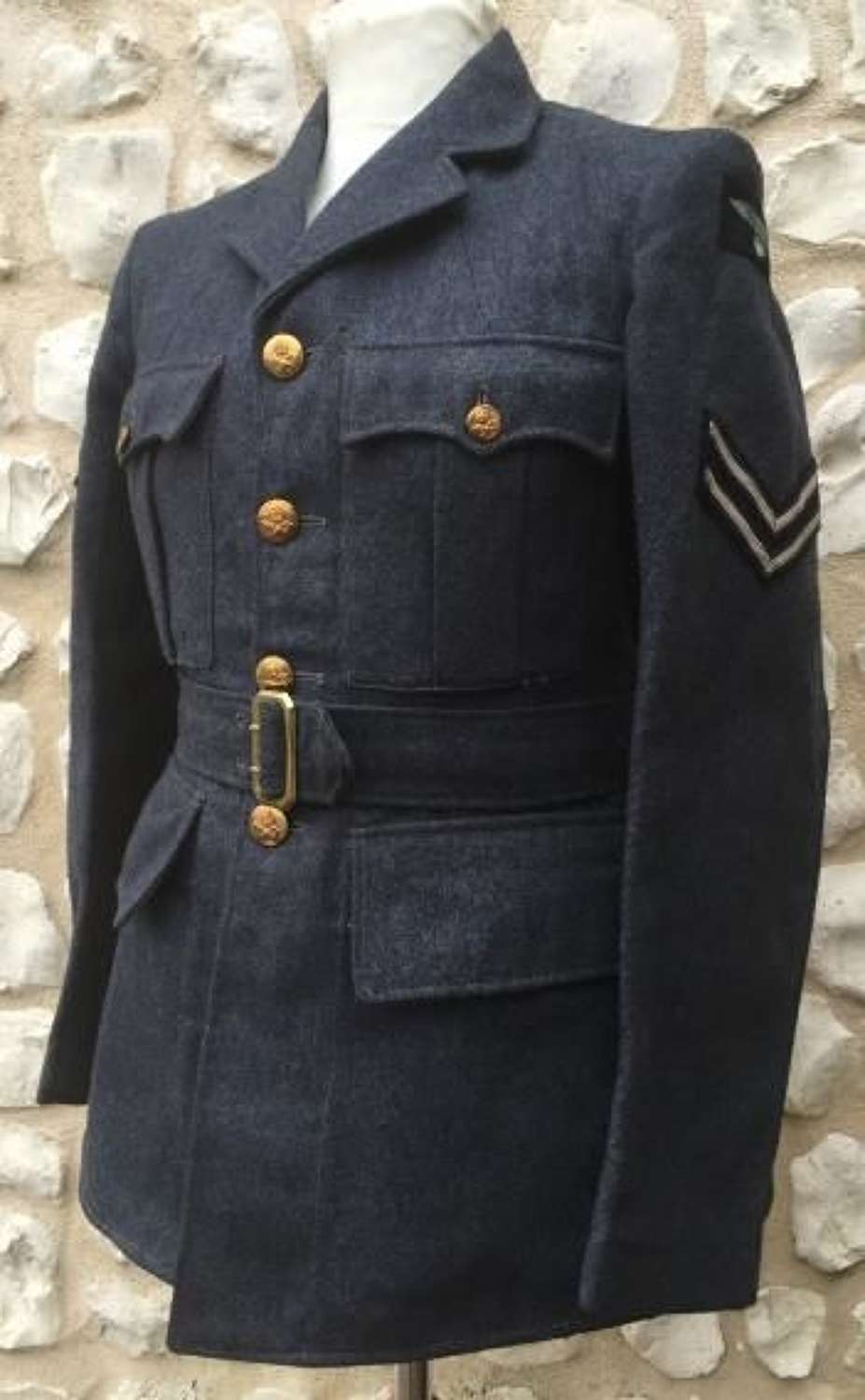 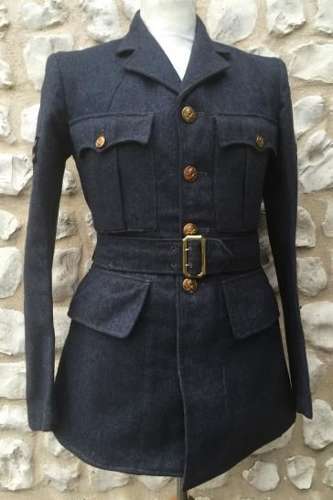 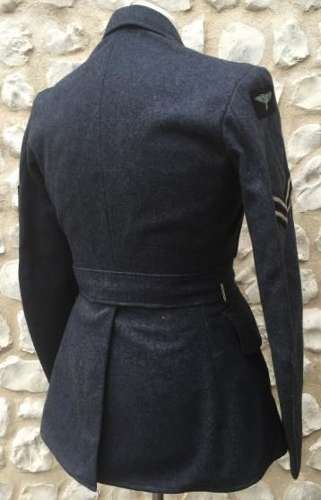 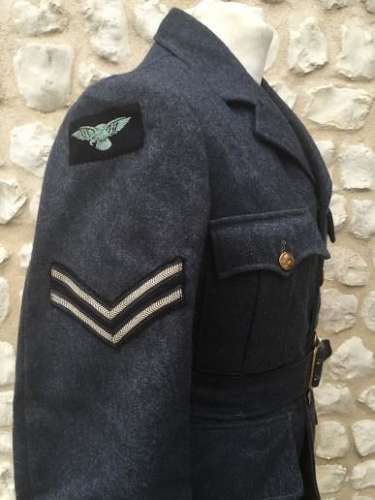 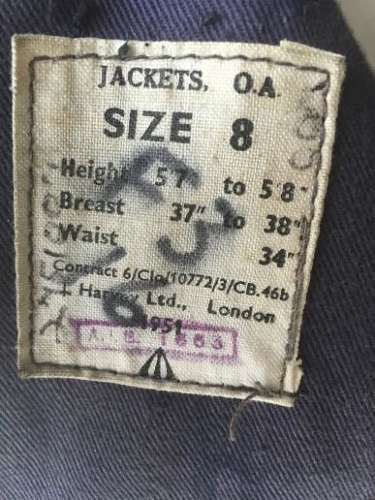 Although postwar dated, this tunic is identical in every way to wartime manufacture.

This example features early World War Two period embroidered shoulder eagles to each arm as well as a wartime pair of corporal stripes. These badges are correct for Battle of Britain or later in the war, so it would be ideal for a WW2 collector or re-enactor.

The tunic retains its original label which has the date of 1951 on it as well as the size, which on this example is No. 8 which should fit up to a 38" chest and a 34" waist.

Also featured are brass Kings crown buttons throughout as well as a brass belt buckle which is attached to the original belt.

The tunic is in great condition and still has a strong blue colour to it, rather than being a very washed-out example. It does have a couple of moth nips, namely to the right breast pocket as well as another to the back. These could easily be repaired however and are only noticeable on close inspection.

This lovely tunic would be ideal for a WW2 collector or re-enactor as all the badges and the buttons are correct for that period.