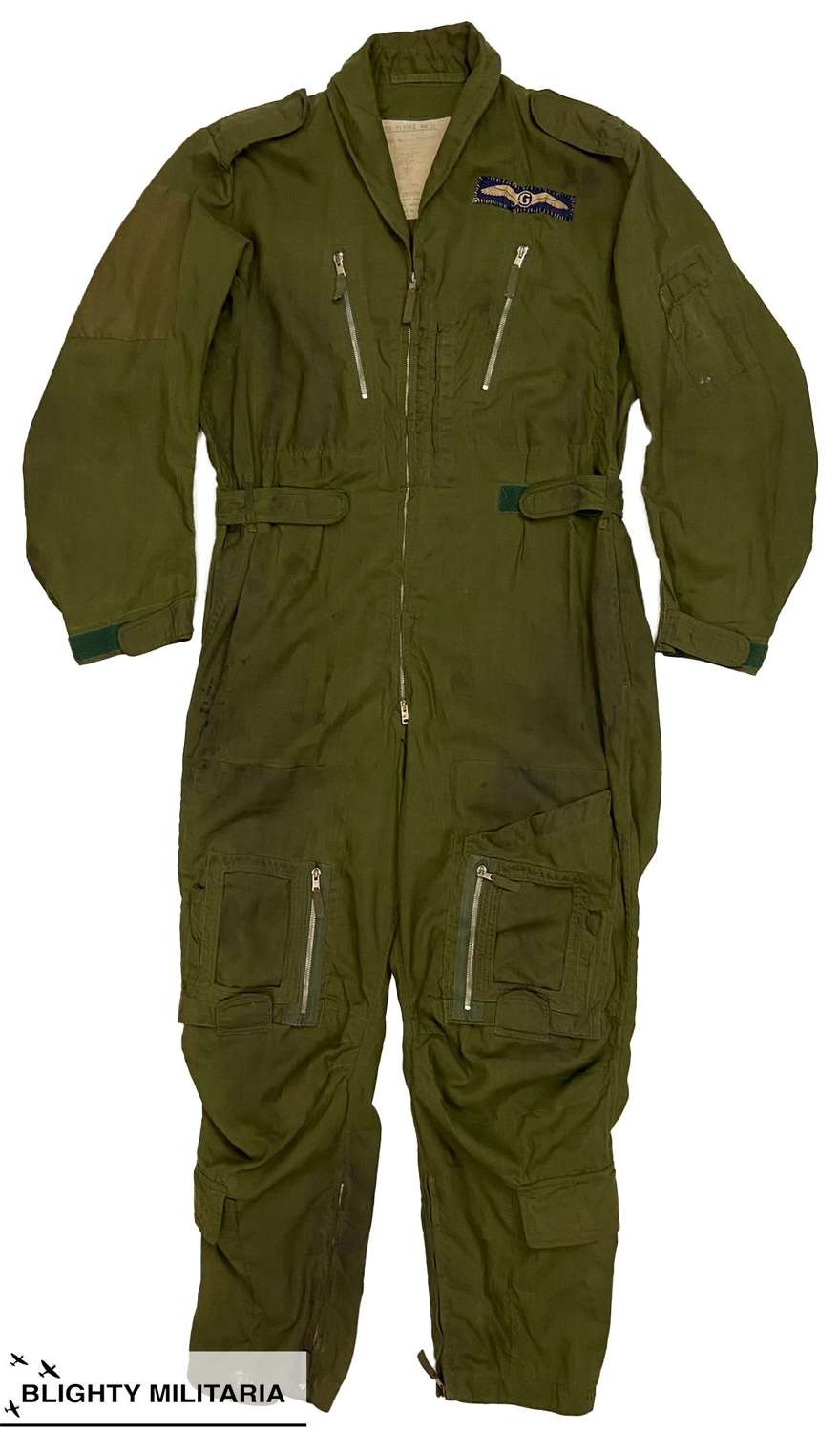 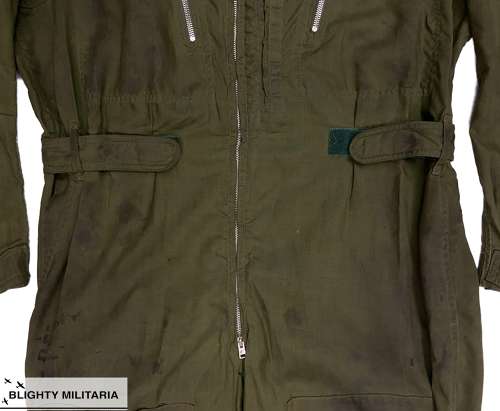 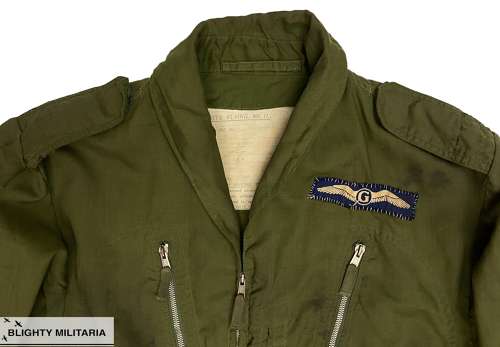 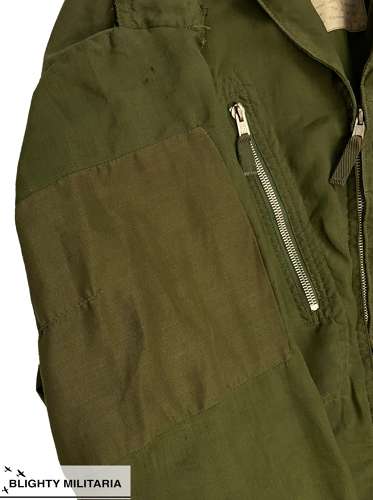 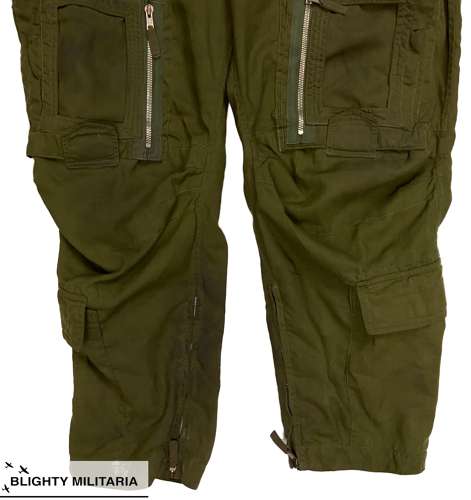 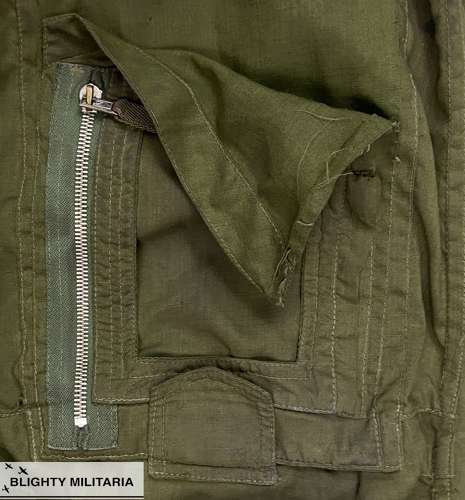 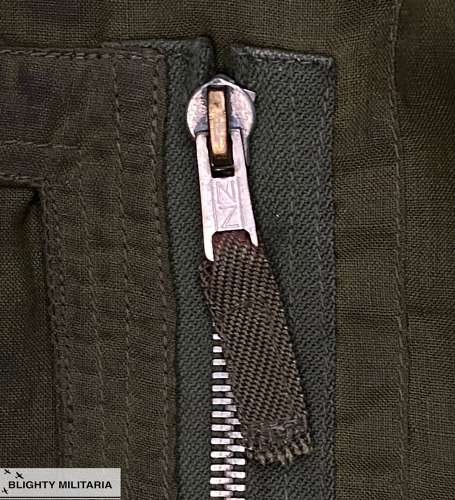 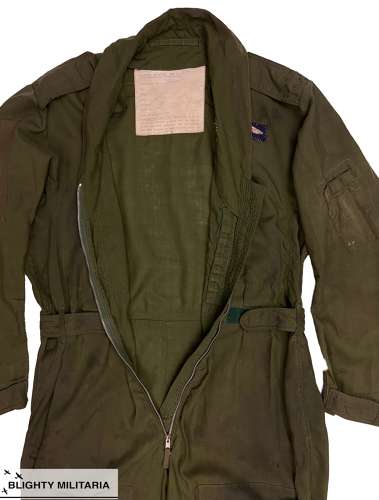 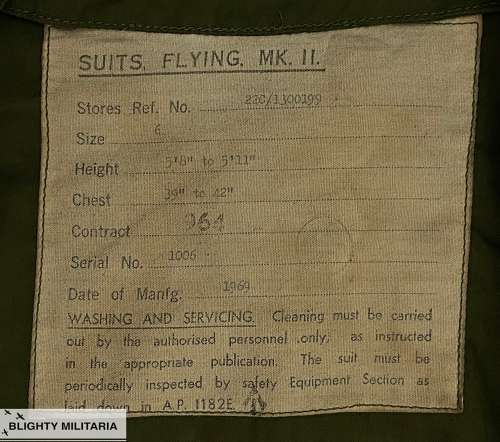 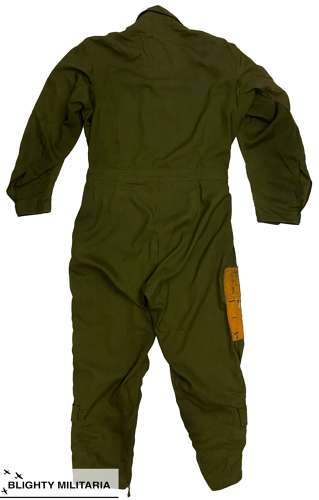 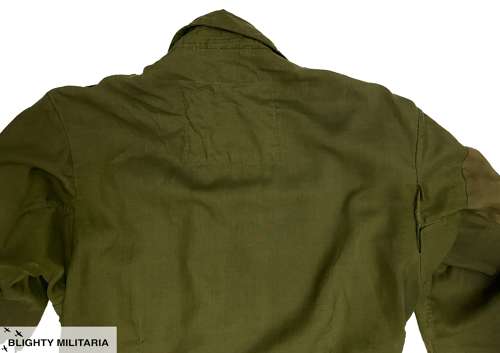 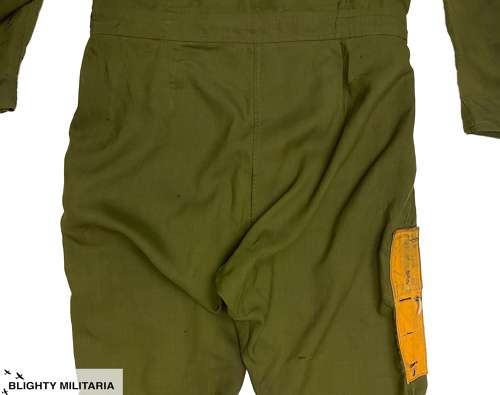 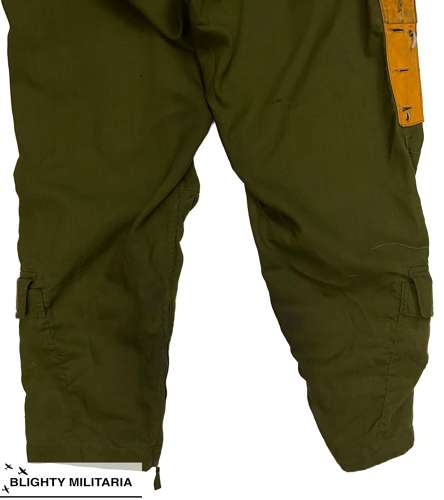 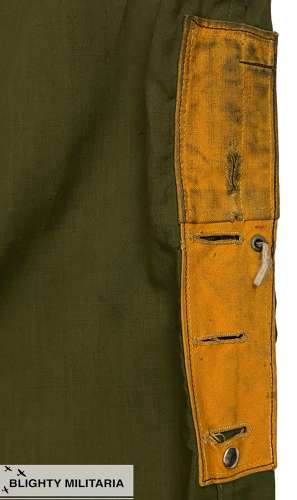 An original example of a MK 11 RAF flying suit in green and dated 1969 and fitted with period insignia.

This pattern of flight suit was produced during the late 1960s and into the 1970s and saw widespread issue with the RAF. It is made from a lightweight, green coloured cotton and features nickel 'NZ' branded zippers throughout. It features adjustable waist straps which fasten with velcro, map pockets to the thighs and an orange coloured survival knife patch to the right leg amongst other details. A glider wing is fitted to the left breast

The suit retains its original labels which state it as being a size 6 . It also bears the War Department broad arrow stamp, the RAF stores code of 22C/1300199. The 1969 date is present as are the details of the size which states the suit should fit a 39" to 42" chest.

The suit is in worn condition with plenty of signs of wear and use. There is some staining and the corners of some of the pockets are ripped at the corners. All the original zips are present and appear to function well.

All in all, a good original Jet Age period flying suit which would certainly compliment a post-war RAF collection.