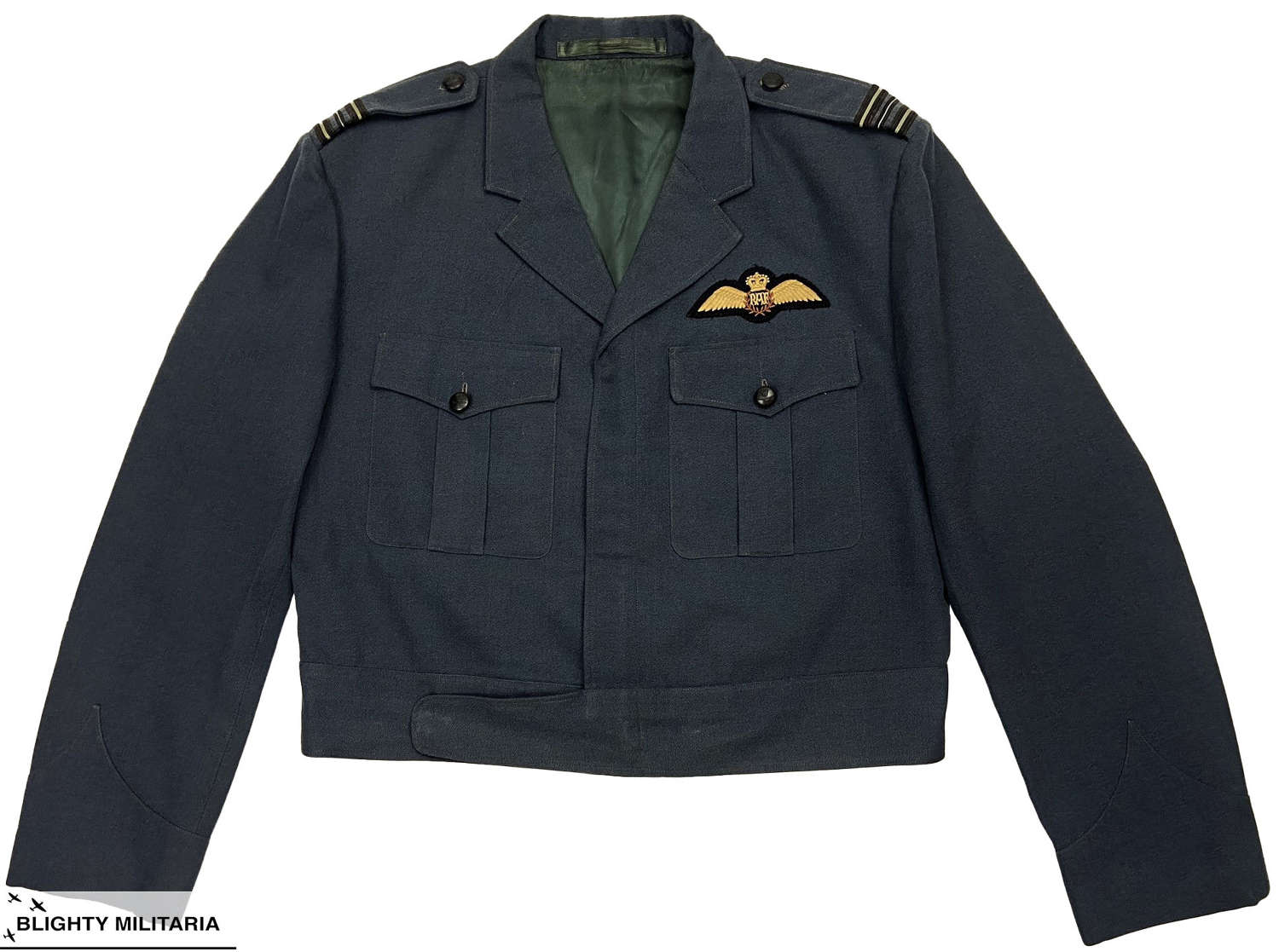 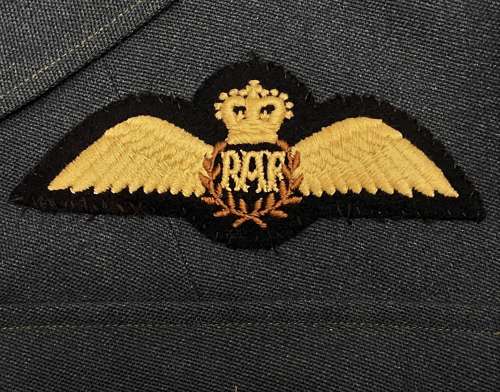 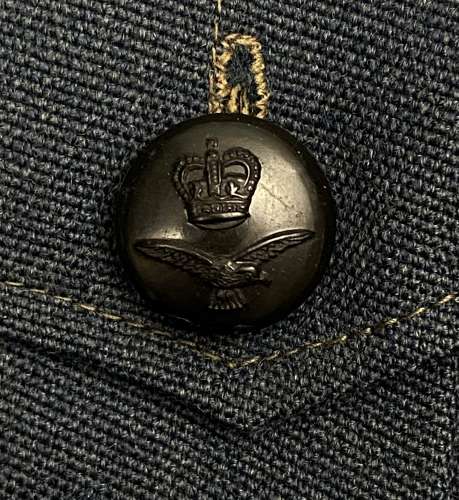 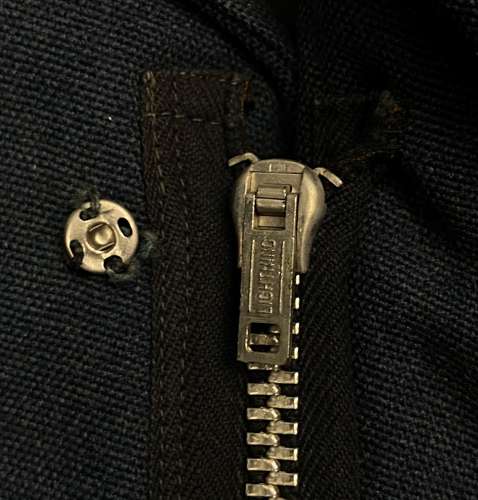 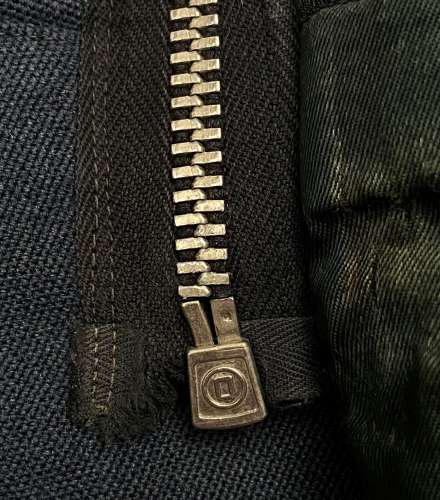 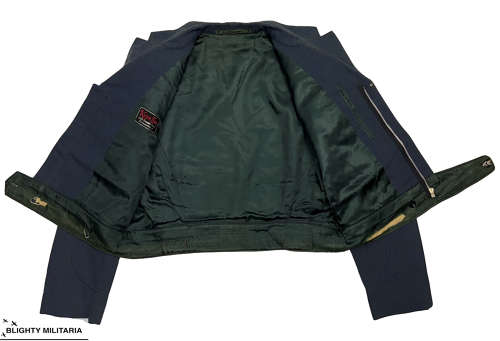 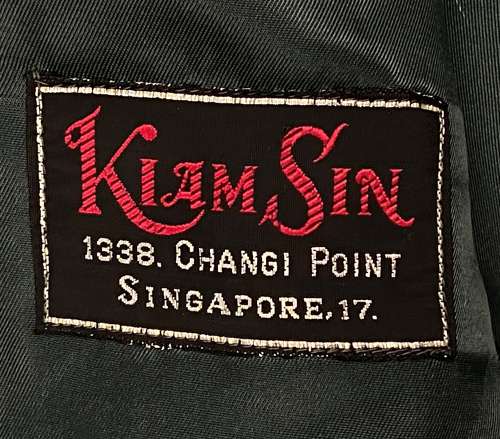 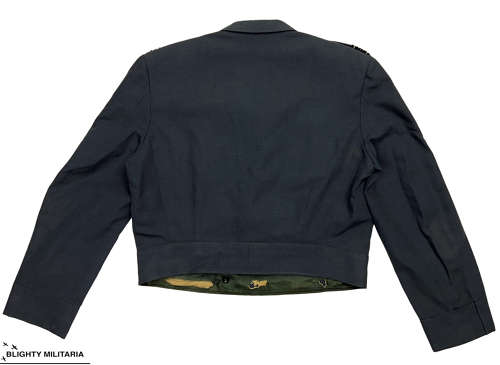 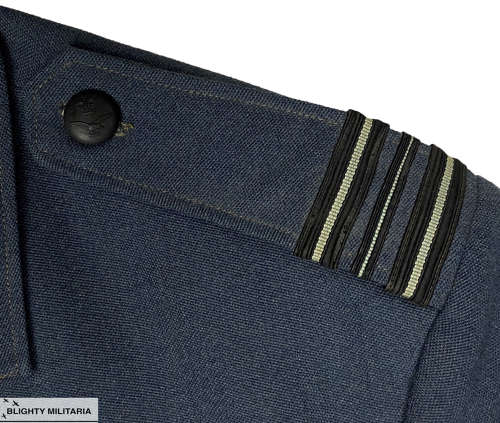 An original RAF Officers battledress jacket dating from the 1960s and made by 'Kiam Sin'.

This jacket belonged to John Terry Tuckey who joined the RAF in the late 1940s and served well into the 1980s.

This style of jacket is based on the battledress blouse first used by the RAF during the Second World War. It is made from a blue - grey coloured barathea wool and features two pleated breast pockets which fasten with black plastic, Queen's crown RAF buttons. Epaulettes are located to the shoulders and feature Squadron Leader rank whilst a set of Queen's crown pilots wings are fitted above the left breast pocket. The front of the jacket fastens with a 'Lightning' brand zipper which is typical of the 1960s.

The interior of the jacket features a full lining and a single interior pocket. The original maker's label is still present and bears the maker's name of 'Kiam Sin' of Singapore.

The jacket is a larger size which should easily fit a 44" chest. When laid flat it measures -

The condition of the jacket is very good. There are some signs of age and wear, mainly to the interior, but overall it displays well and is still very wearable. Please take time to study the pictures of this vintage, pre-owned item.

A good example complete with its original insignia.