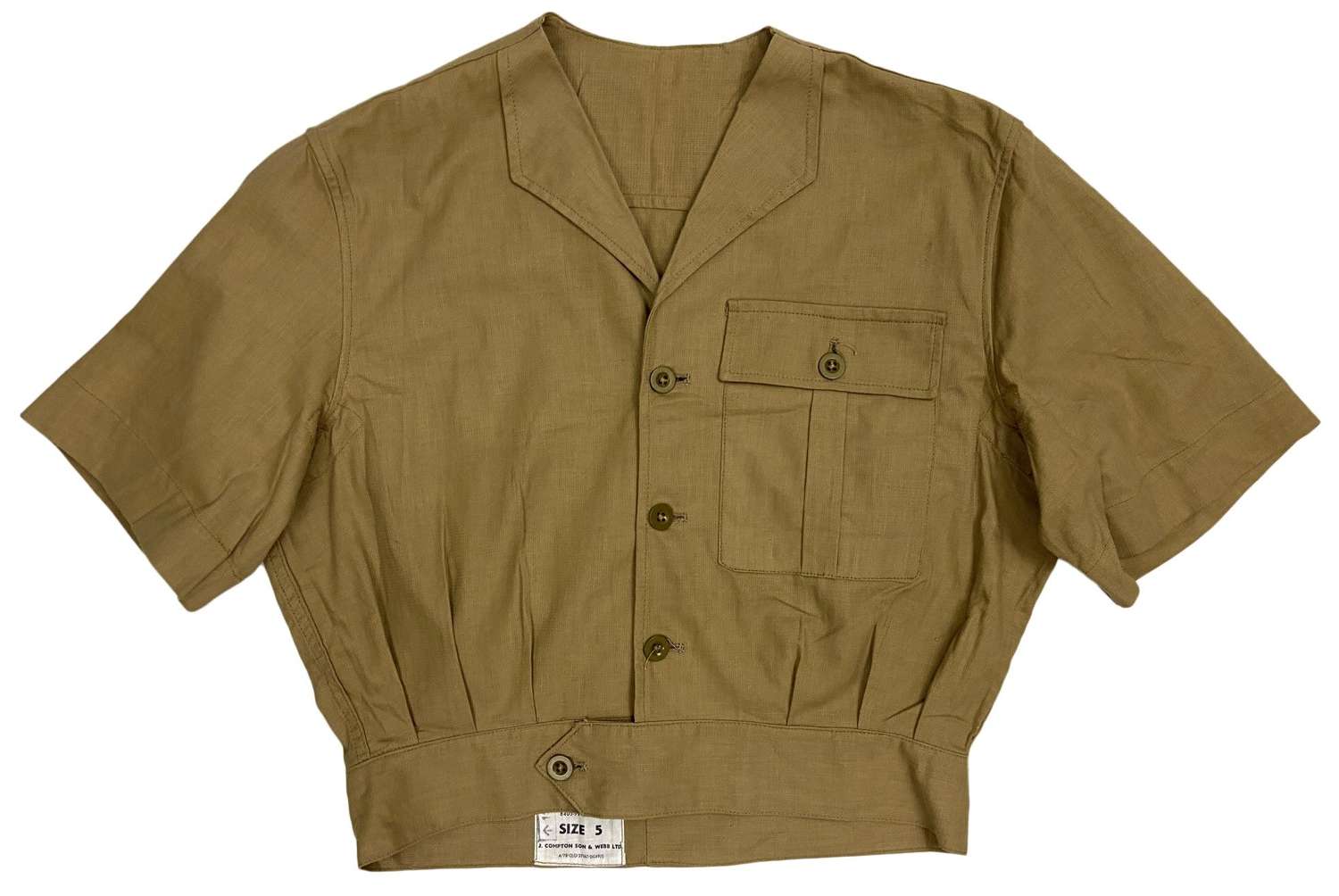 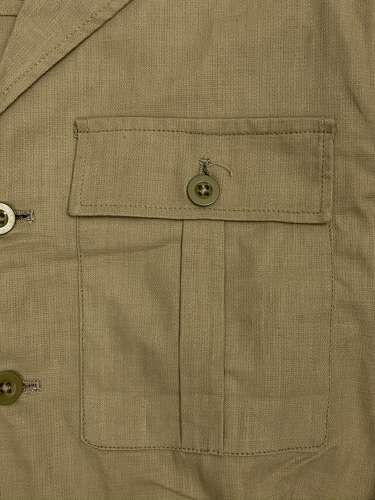 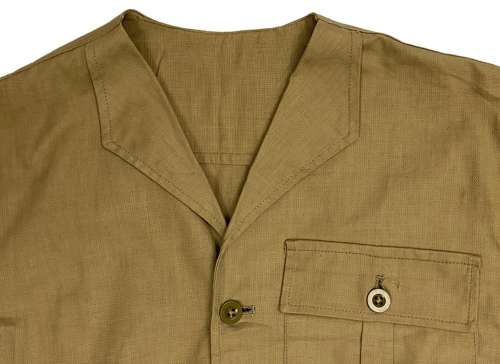 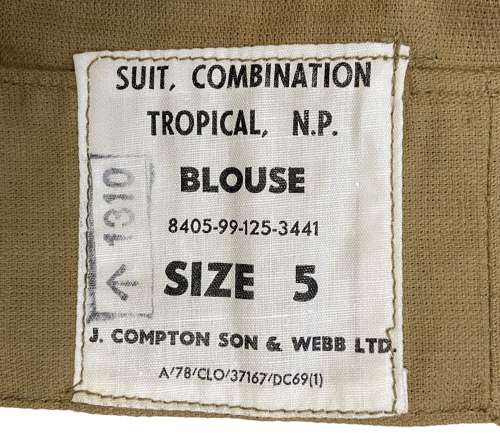 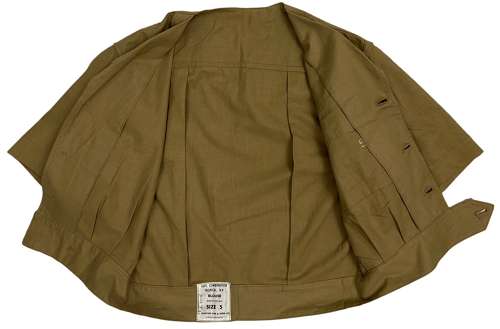 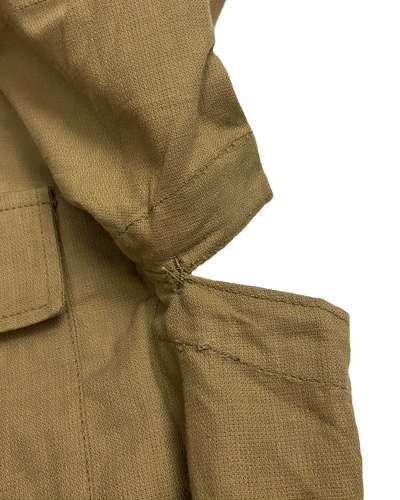 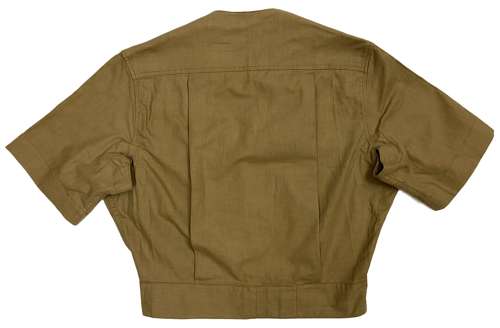 Officially designated 'Suit, Combination, Tropical, N.P. Blouse', this jacket forms the top half of the two piece uniform which was the successor of the one piece combination suit issued to the RAF serving in the tropics during the Second World War.

The jacket is made from the standard khaki tan coloured cellular cotton which was used during WW2 and well into the post-war period. A single patch pocket is located to the chest and fastens with a green plastic button. The collar is particularly interesting being a revers collar - a style rarely encountered. Openings can be found to each armpit designed to keep the wearer cool and the rear features a large inverted box pleat.

Inside the jacket the original label is still present and is bright and legible. It states the size as 5 and bears the manufacturer's name as 'J. Compton Son & Webb Ltd' who were a prolific manufacturer of British military clothing during the 20th Century. The A78 contract number is present to the bottom of the label.

The jacket is a medium size which will suit around a 38-40" chest depending on desired fit. When laid flat it measures -

The jacket is in excellent condition as can be seen in the pictures. It appears to be unworn and un-issued and is still very fresh. Please study the pictures before purchasing and bear in mind that this is a vintage item.

A nice original piece of RAF clothing with some fantastic details!