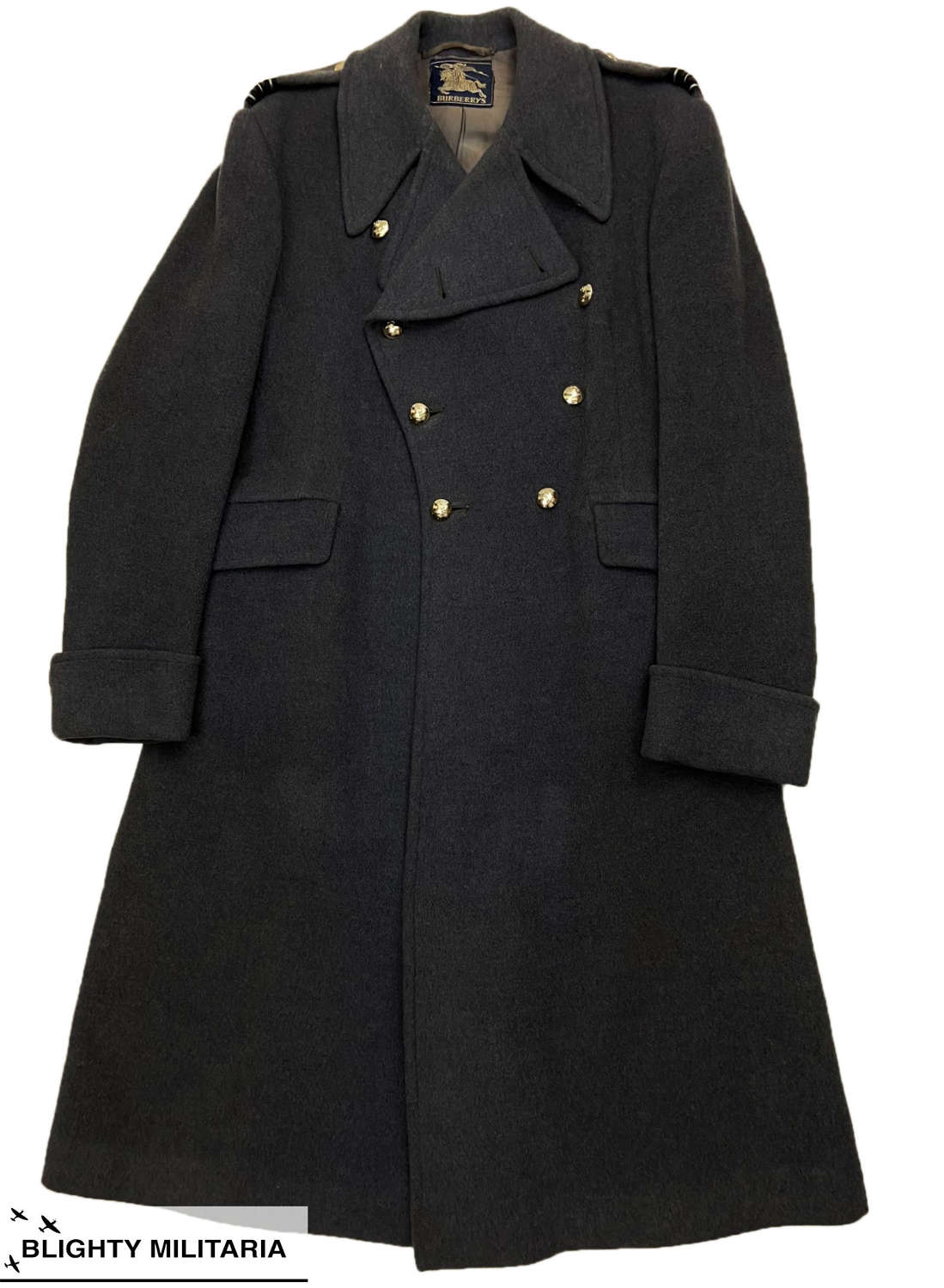 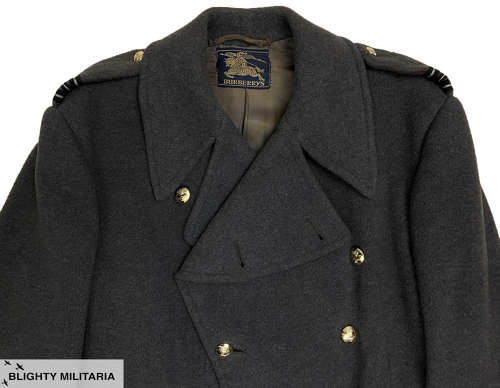 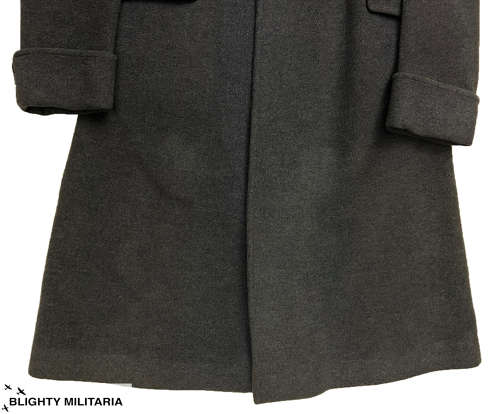 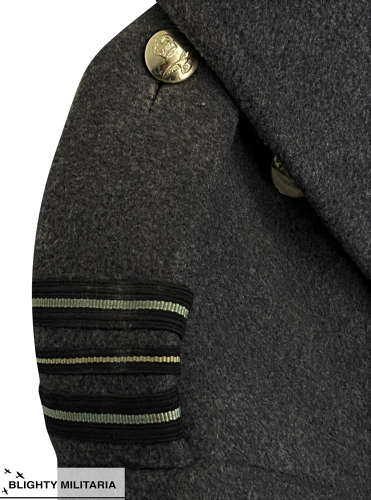 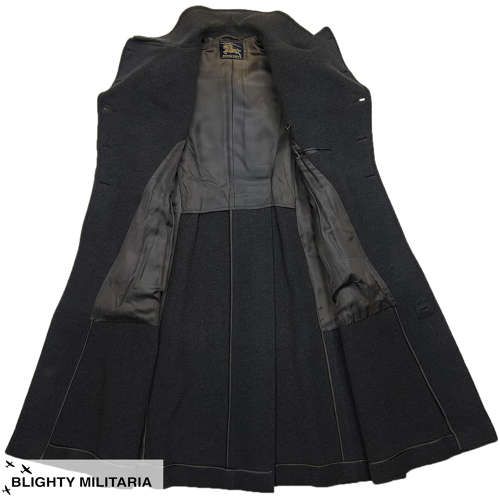 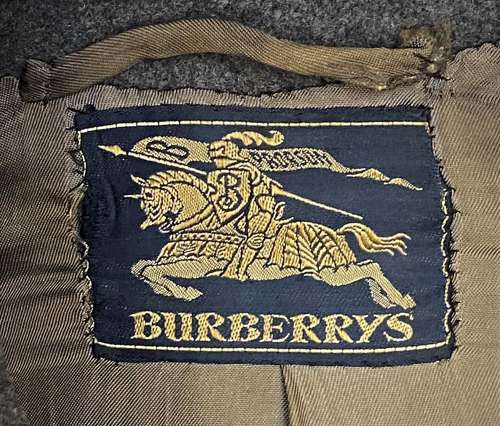 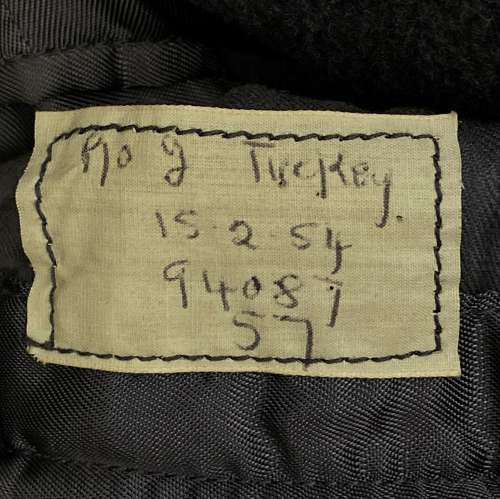 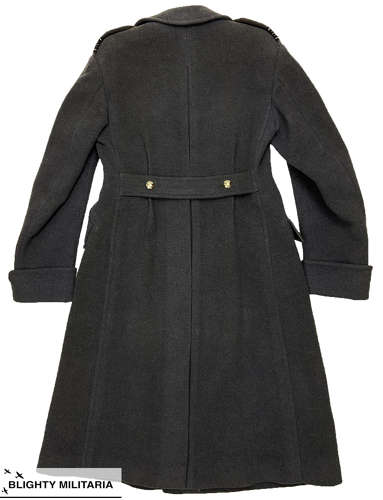 An original 1954 dated RAF Officers Greatcoat named to John Terry Tuckey 584857 and made by Burberrys.

This pattern of coat was introduced in the immediate post-war period but is still similar to the wartime pattern. It is made from and RAF blue-grey coloured 'crombie' wool and features fixed epaulettes, a half belt and Queen's crown staybrite buttons throughout. Squadron Leader insignia has been fitted to the epaulettes .

The interior of the coat is half lined and features the makers label to the neck which is the well known 'Burberrys' navy blue label featuring a graphic of a knight in armour. There is a second label to the interior pocket which states the owners name as P/O J Tuckey and the date as 15th February 1954.

The coat is a medium size which should fit a tall 38-40" chest well. When laid flat it measures -

The coat is in good condition for its age with plenty of signs of wear and use. It is still very wearable and displays well but is far from perfect. Please study the pictures before purchasing and bear in mind that this is a vintage, pre-worn coat which may have small issues commensurate with age.

A good original RAF officers greatcoat in a hard to find tall size.