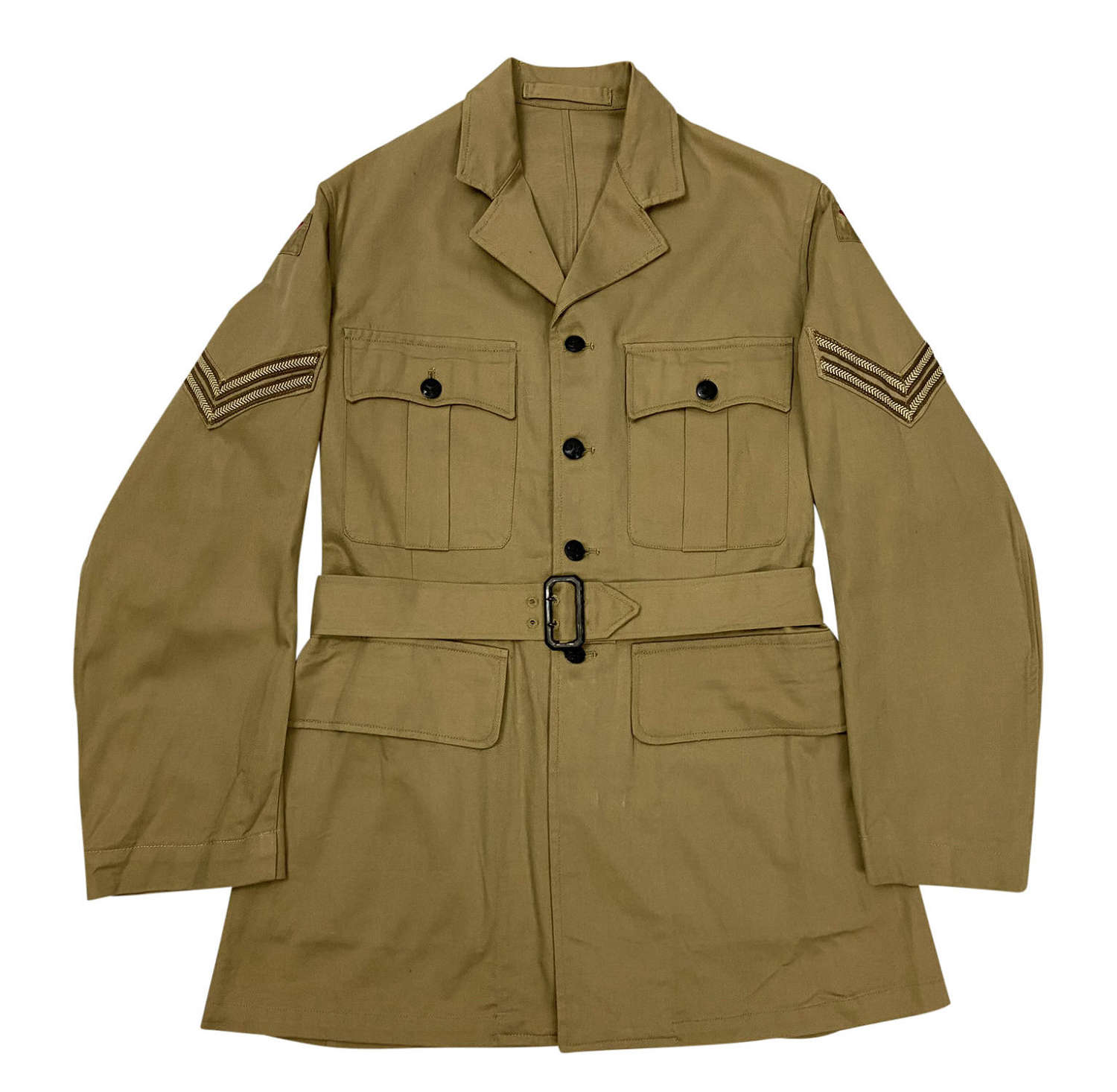 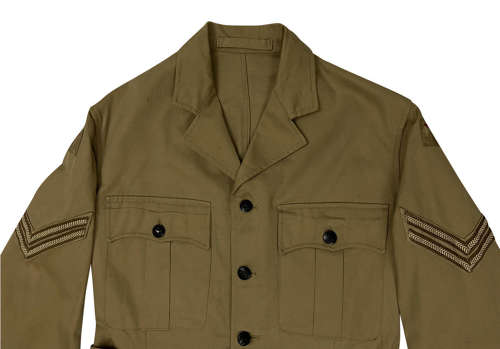 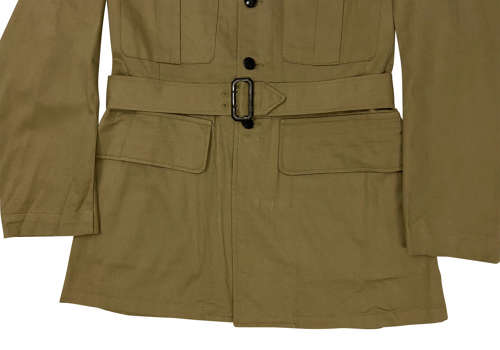 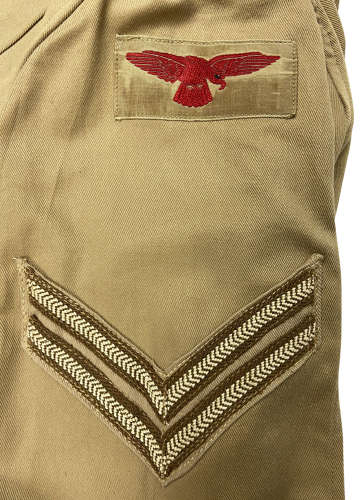 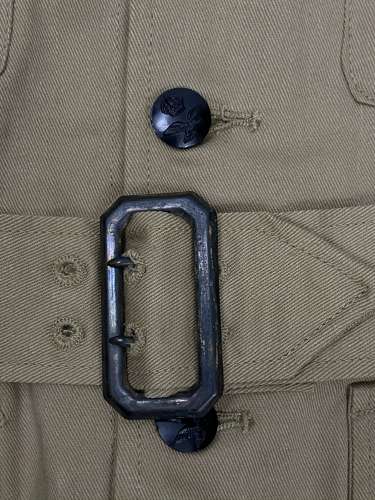 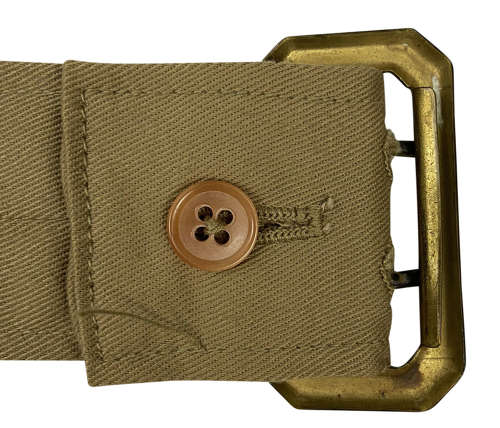 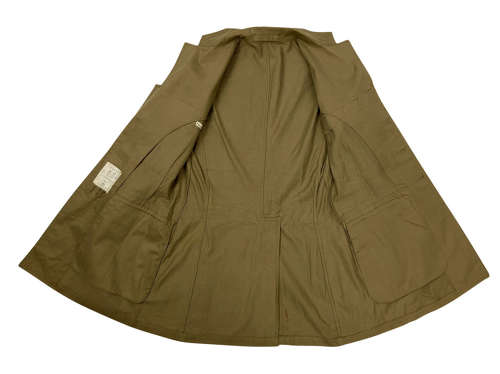 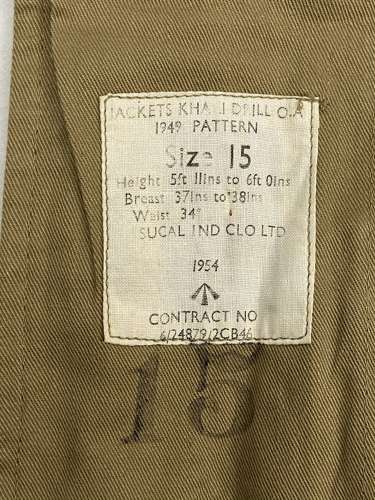 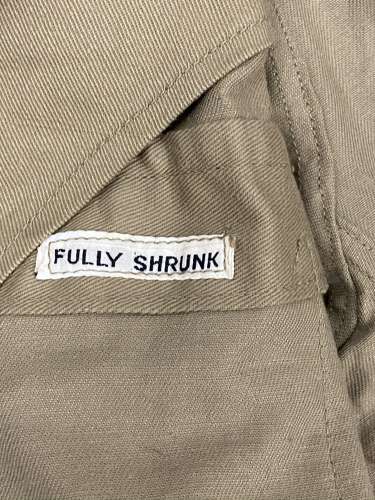 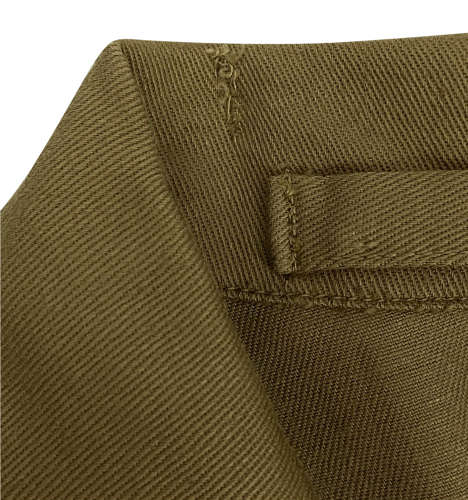 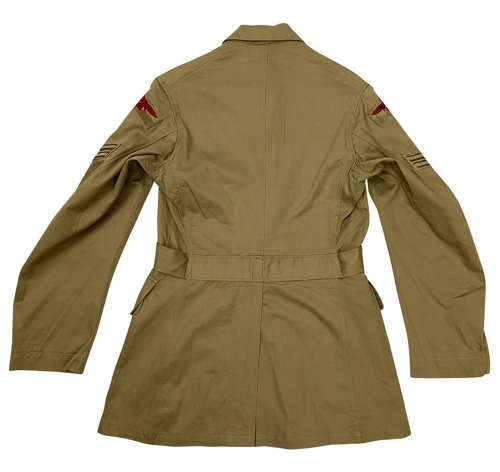 This pattern of tunic is officially designated as 'Jackets Khaki Drill O.A. 1949 Pattern' but would pass for a WW2 example for either reenactment or a mannequin. Wartime examples are now getting hard to find so this would make a good stand in.

The jacket features a four button front with two RAF style scalloped chest pockets and two lower flapped pockets, a waist belt, a black painted brass buckle and long sleeves. It is essentially the same as the blue serge RAF Ordinary Airman's tunic but made from a khaki cotton drill material. All the buttons are black plastic kings crown examples as used during the Second World War.

Inside the tunic the original label is still present and is bright and legible. It states the tunic as being a size No. 15 which will fit a 37-38" chest and a 34" waist. The manufacture is marked as 'SUCAL IND CLO LTD' below which is the 1954 manufacture date. The War Department broad arrow marking is present below this. A second label is found inside and reads 'FULLY SHRUNK'. These are regularly found on British Made KD items.

The condition of the jacket is good as can be seen in the pictures. It has clearly been issued and worn but does not exhibit signs of undue wear or use. It does however have a small tear to the inside of the collar although this is not seen when worn or displayed.