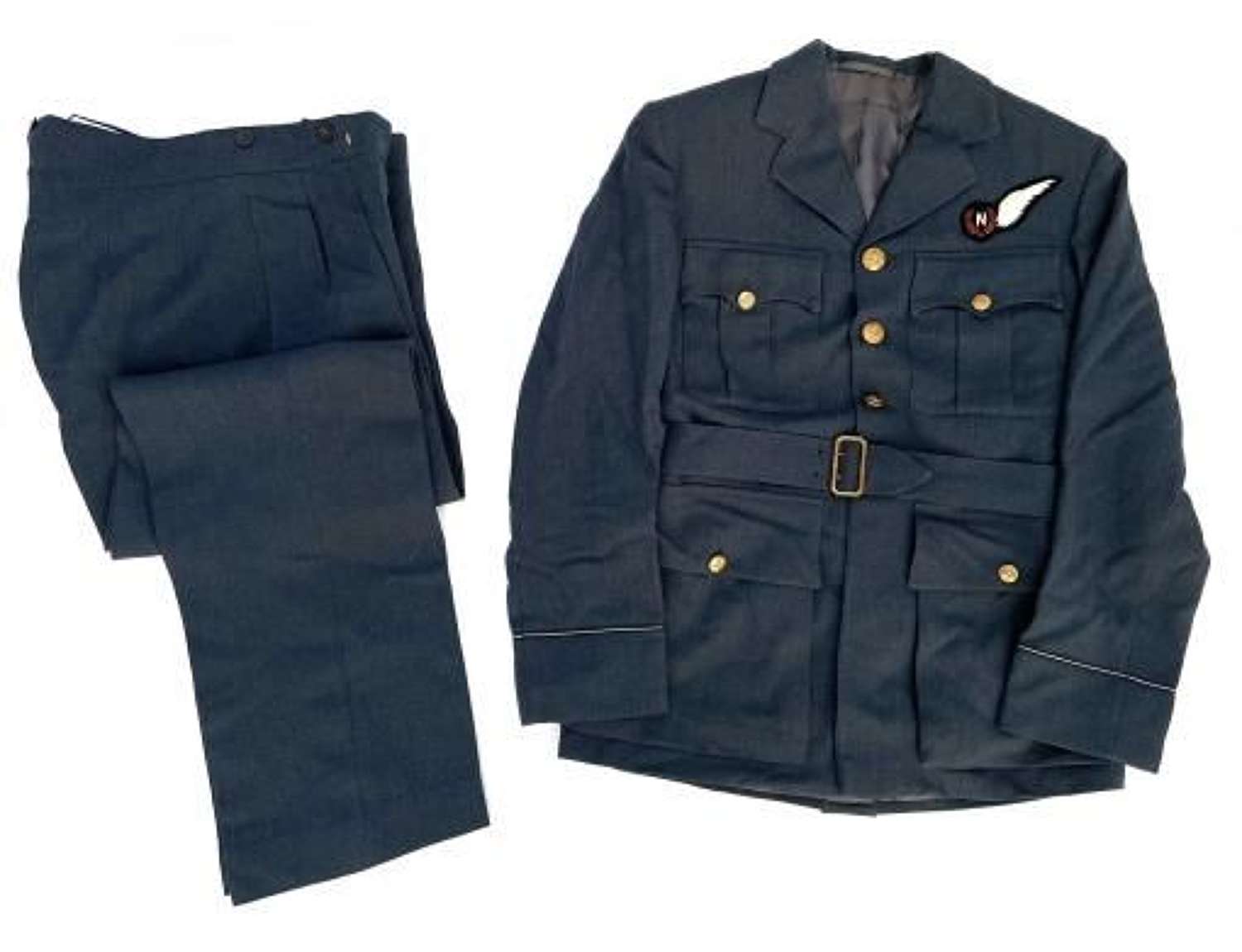 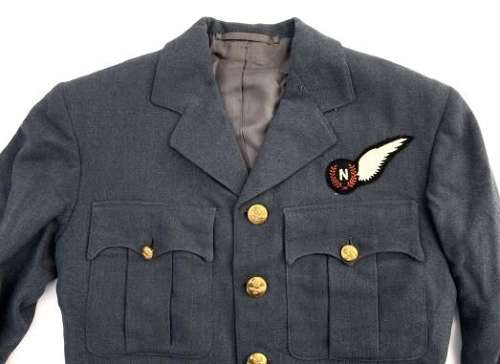 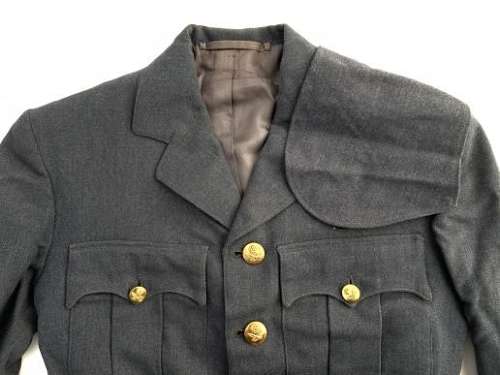 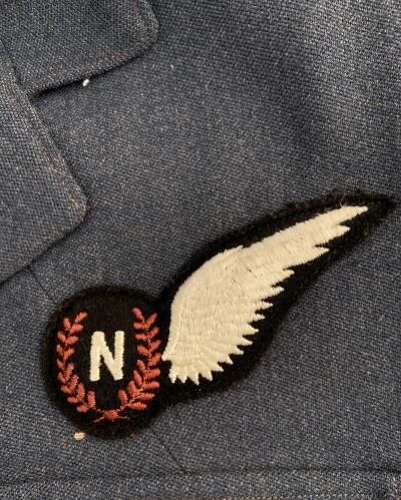 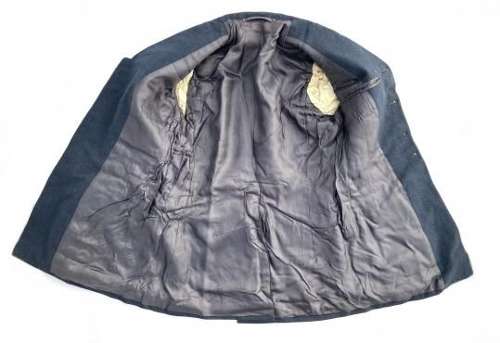 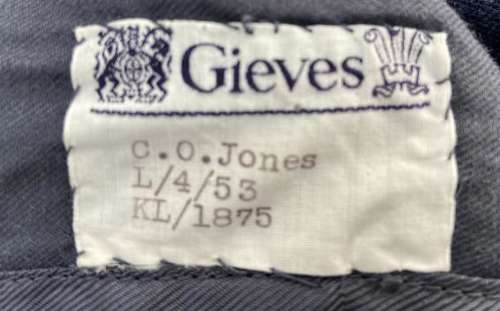 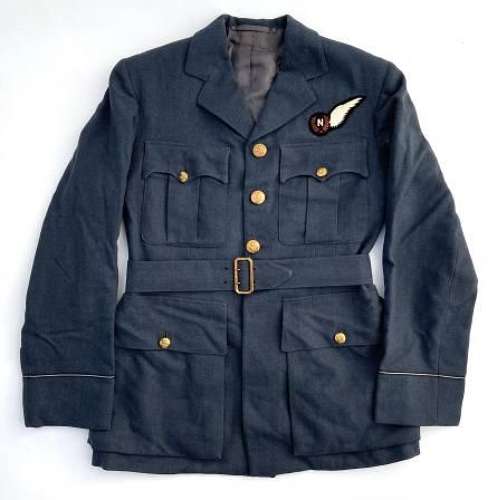 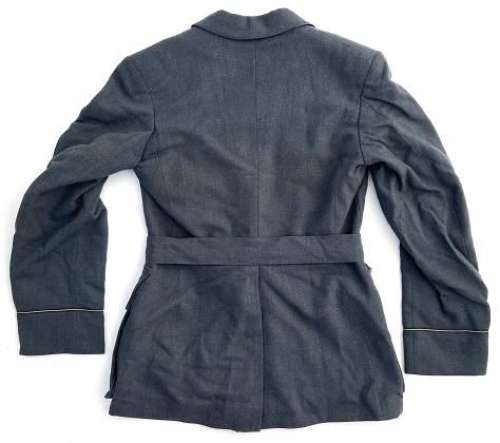 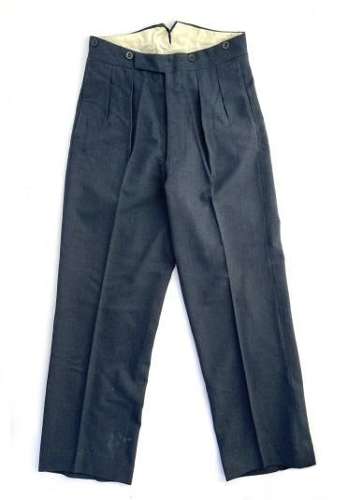 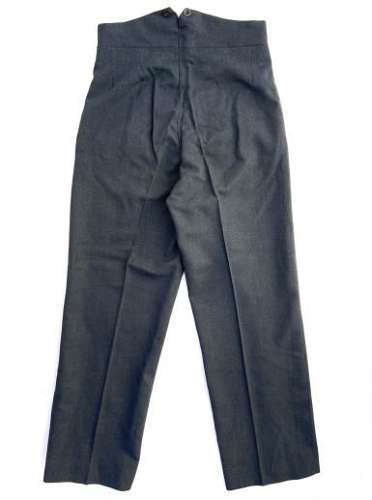 This pattern of officers service dress was introduced shortly after the Second World War. It is almost identical to its wartime counterpart but features a three button closure to the jacket jacket rather than four seen on earlier examples. The chest bears a nice, oversized padded Navigators brevet whilst the cuff features the narrow single rank band of a pilot officer. As well as this the suit comes with a matching cloth cover which fastens over the breast and obscures the brevet.

The suit was tailored by the prestigious London tailors 'Gieves' in 1953 for a C. O. Jones according to the label found in the inside pocket. It is a finely made suit as to be expected from such a house. The trousers are cut in keeping with the fashion of the 1940s and 1950s featuring a high rise waist and fishtail back. They feature a button as well as buttons to attach braces to around the inside edge of the waistband.

The set is a smaller size and will fit someone of around a 36" Chest and 30" waist depending on desired fit. When laid flat it measures -

Both the jacket and trousers are in good condition and display well. There is a small moth nip under the Navigators brevet and a stain to the bottom of the trousers, although this looks like it will come out with careful washing. There may be other small issues consummate with its age but overall it makes for a nice piece.

A good example of an early post-war RAF Officers SD with some nice details and very well made. This would make a nice addition to any RAF collection.