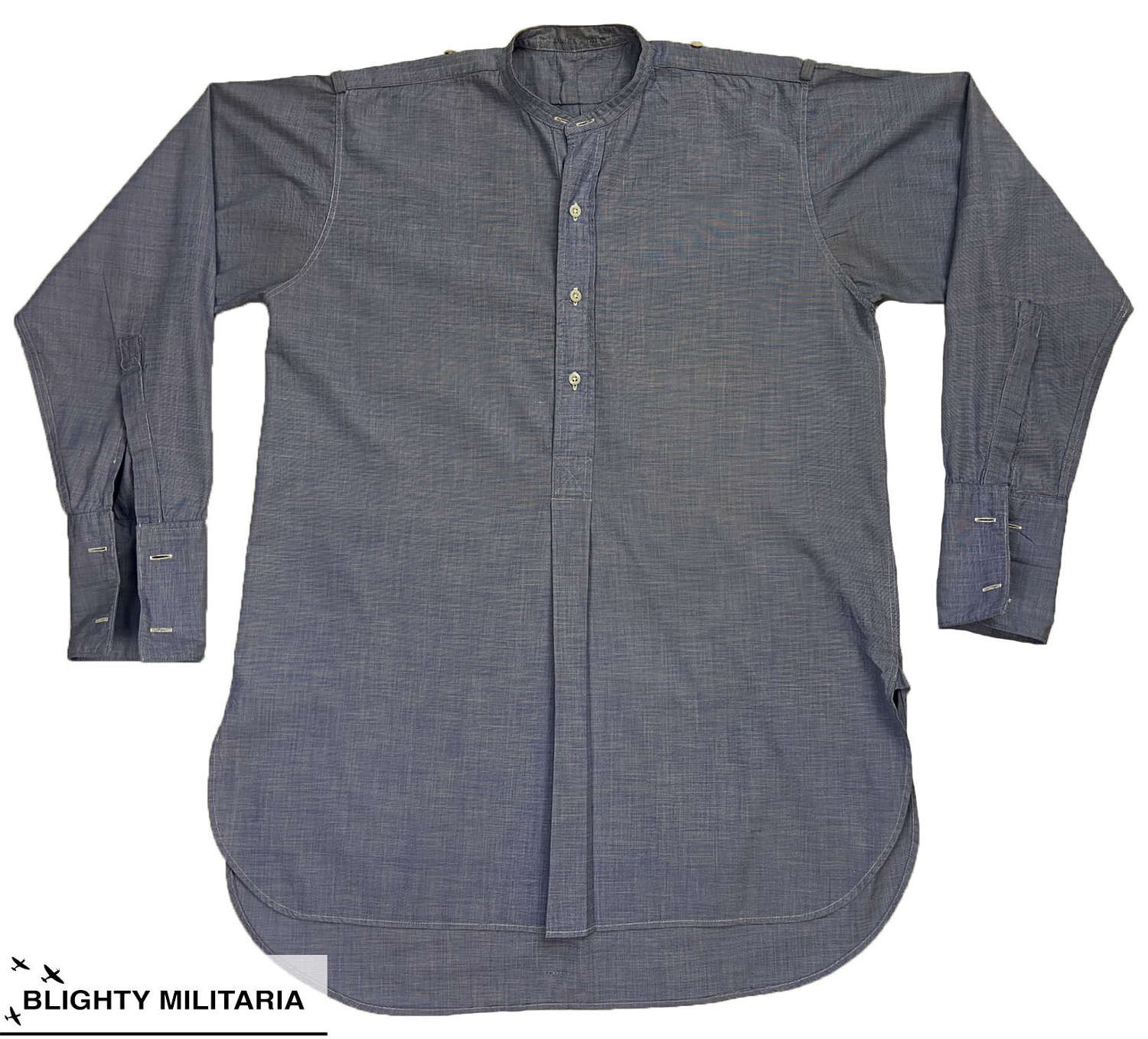 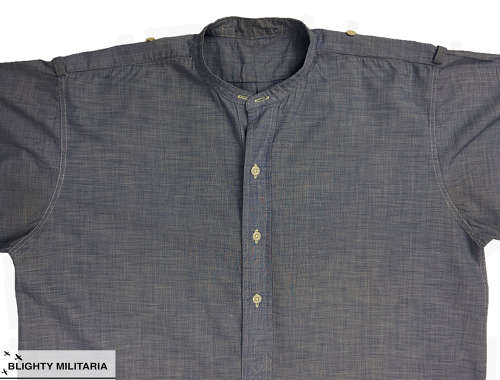 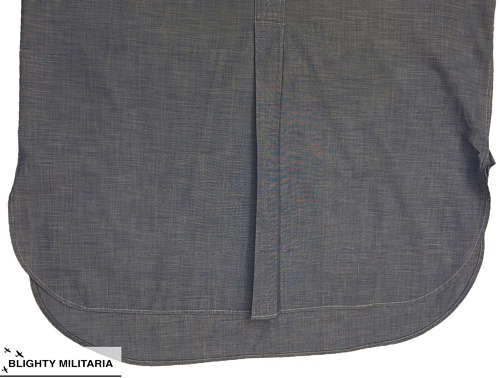 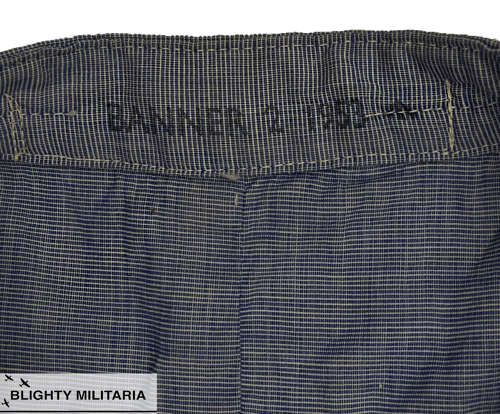 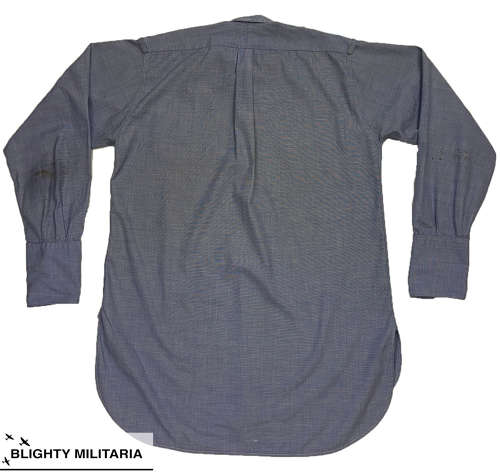 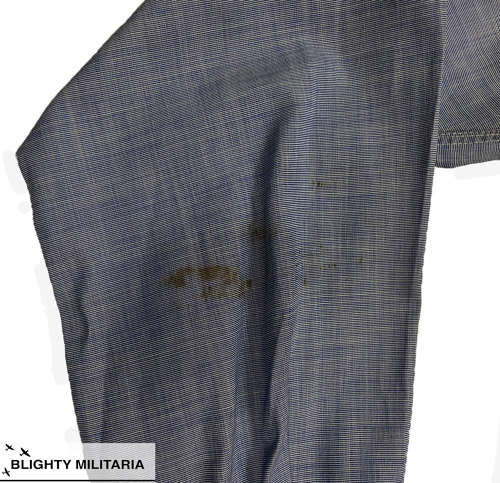 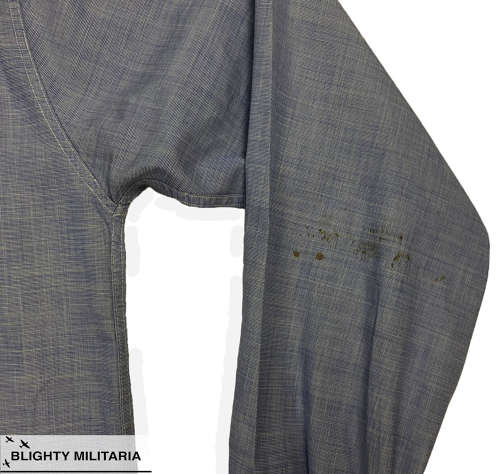 An original 1953 dated RAF officers shirt in good condition which was made by 'Banner'.

This pattern of shirt was worn by officers throughout the Second World War as well as in the immediate post-war period. It is the half-placket front and not the full button front which was phazed in later on making it a good stand in for a WW2 dated example. It is made from the standard blue coloured end-on-end cotton and features a double cuff which is designed to be worn with cufflinks. The collar is neckband style, to which a detachable collar can be fastened.

Inside the neckband of the shirt the original markings are still present although quite worn. The War Department broad arrow marking is visible, as is the date of 1953. The maker's name of 'Banner' is also present - a prolific British shirt maker during the mid Century period.

These shirts are cut wide across the shoulders and chest to allow them to be pulled on over the head which needs to be taken into account when studying the sizes below. It will be a good fit for someone of around a 38" chest depending on desired fit and when laid flat it measures -

The sleeve measurement is taken with the cuff folded out. If the cuff is doubled back in the correct manner it will measure roughly 2 1/2" shorter.

The shirt is in good condition but does have some signs of wear, and some limited staining etc. There are rust marks to the rear of each sleeve which are illustrated in the pictures and reflected in the price.  It is still very wearable but is not a perfect example. Please study the pictures and bear in mind that this is a pre-owned, vintage item which may have small issues commensurate with age.

Overall a nice original shirt which would be ideal for a reenactor who wants to wear the correct original items or a collector to add to an RAF officer collection.