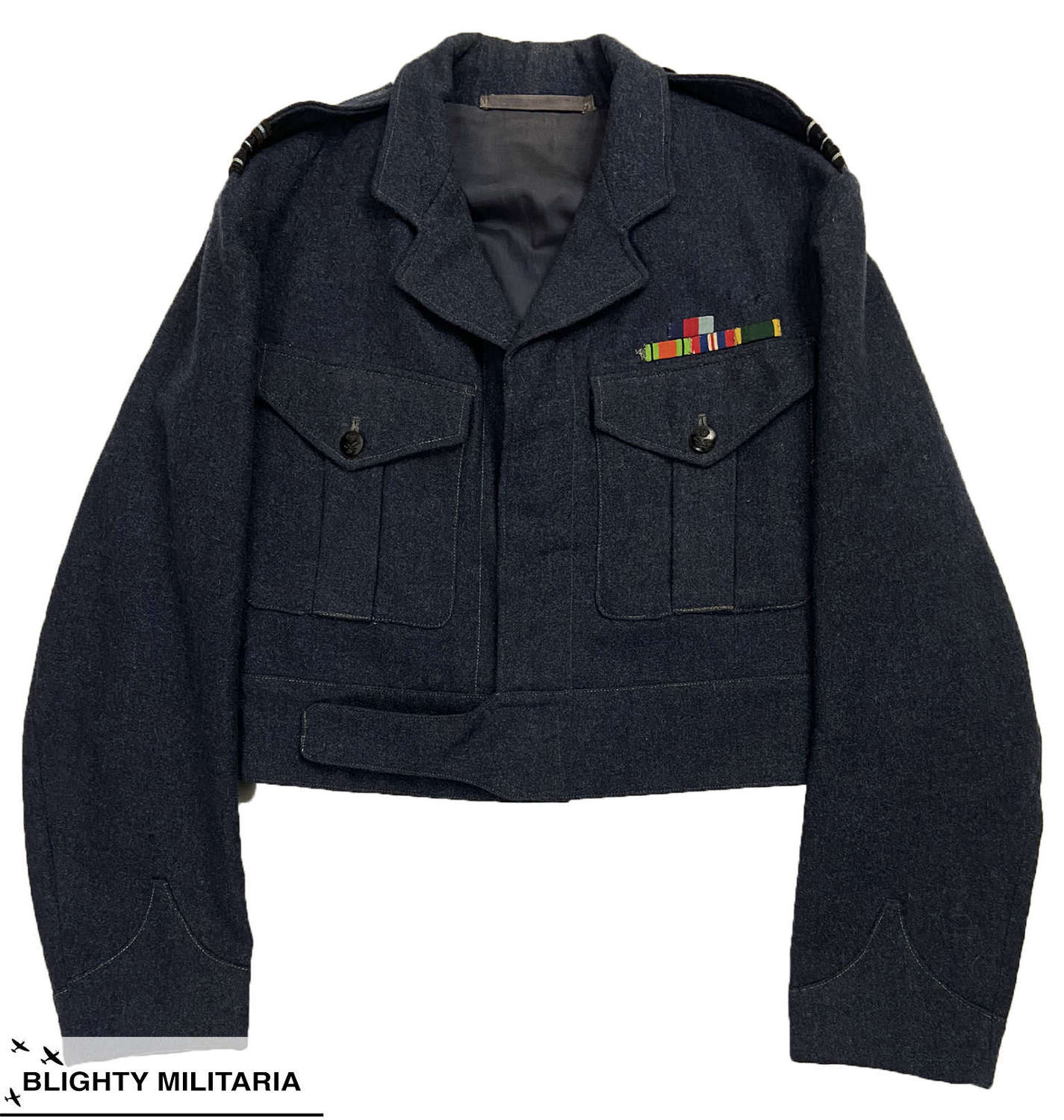 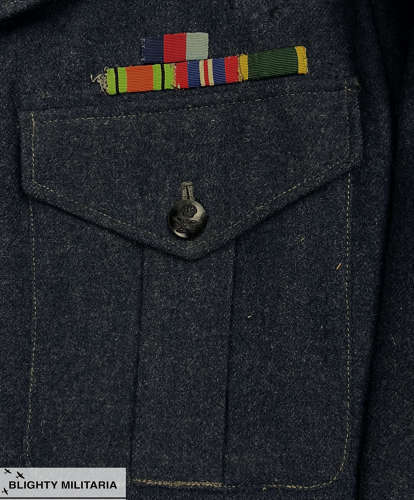 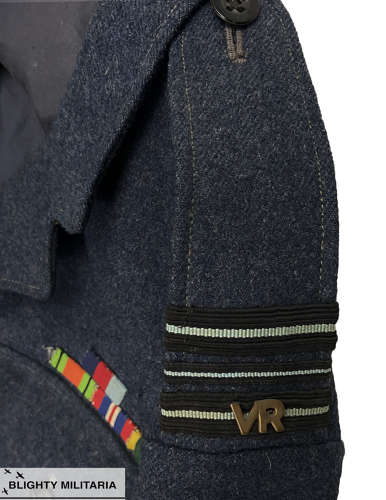 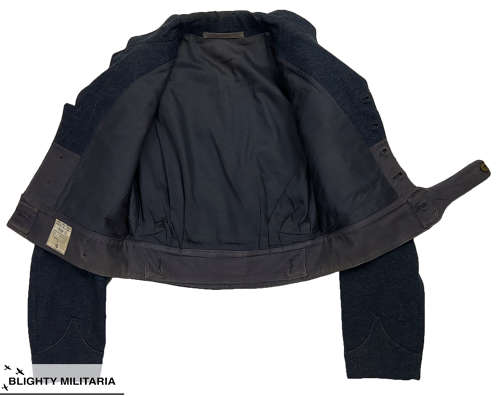 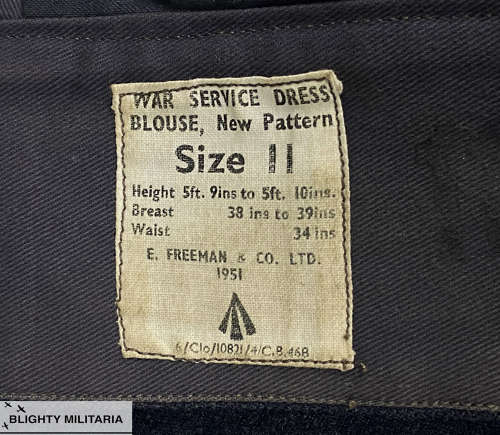 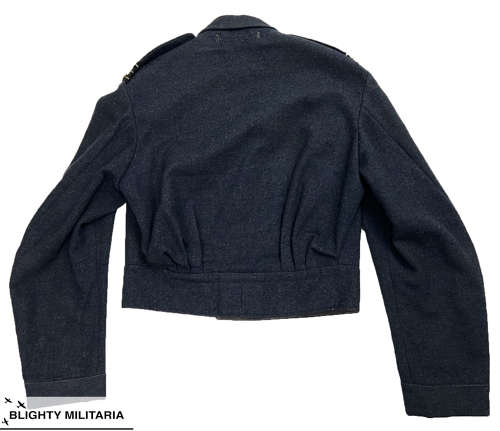 The blouse features two black bakerlite kings crown buttons to each breast pocket and a pointed cuff on each sleeve. The jacket is fitted with Squadron Leader rank to the epaulettes and medal ribbons to the chest which denote that the original owner served during the Second World War.

The original label is still intact inside the jacket and states the jacket as being a size No. 11. The maker's name of 'E. Freeman & Co Ltd' is present as is the War Department broad arrow marking and the 1941 date.

All in all, a nice RAF battledress clearly dated which would suit the collector and re-enactor equally well.