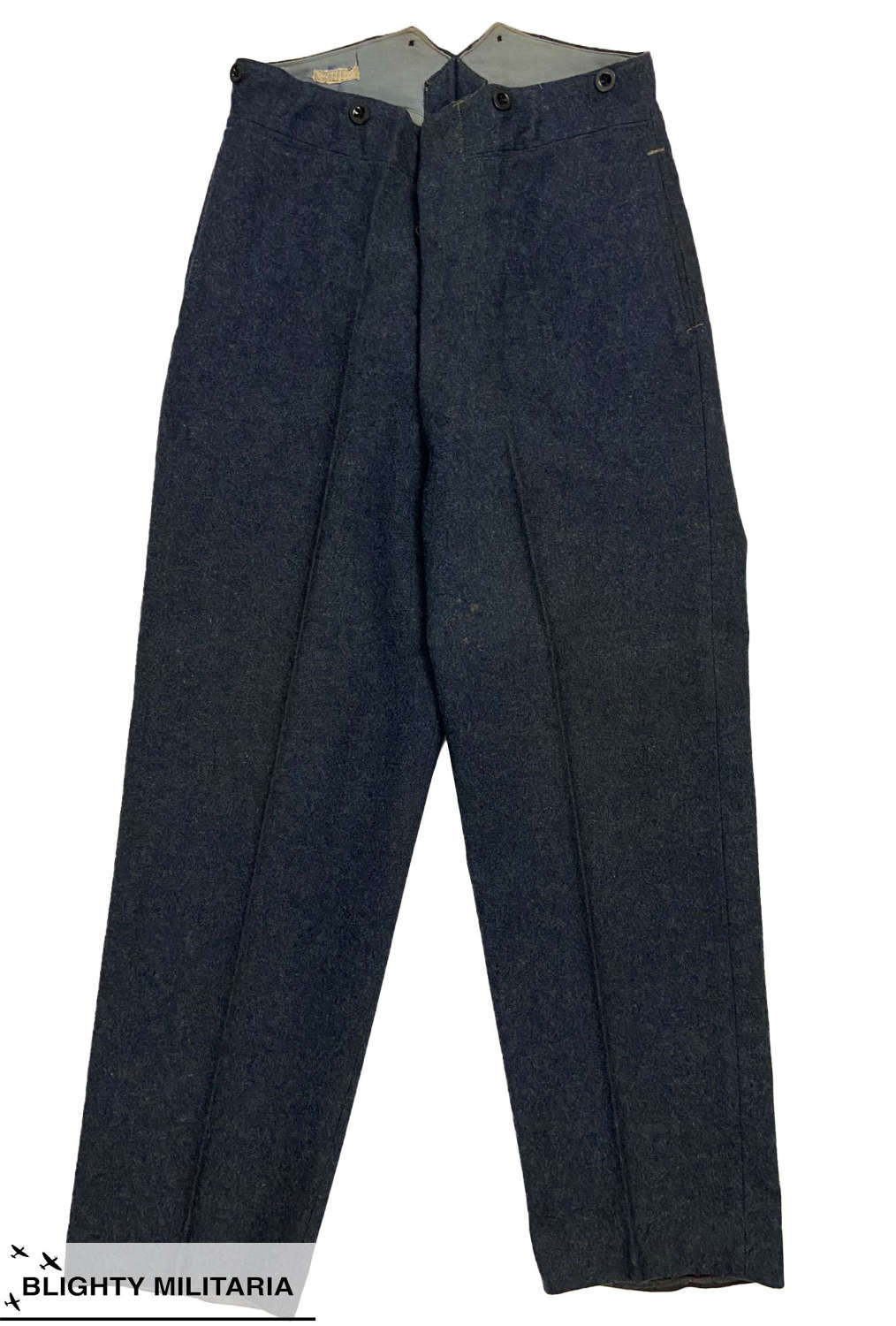 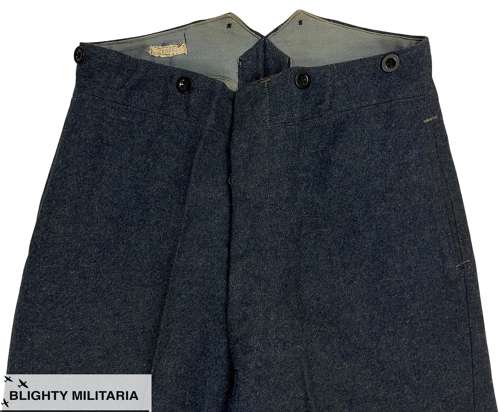 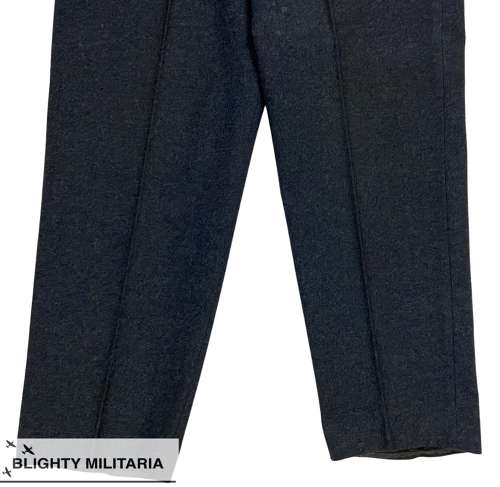 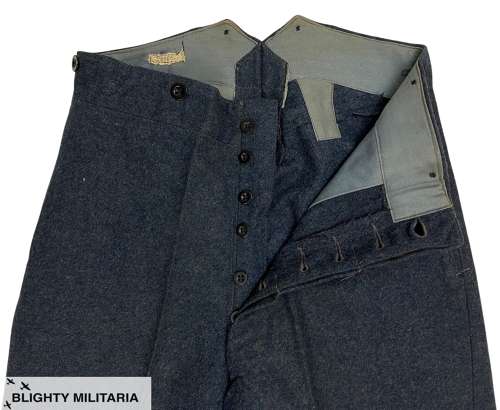 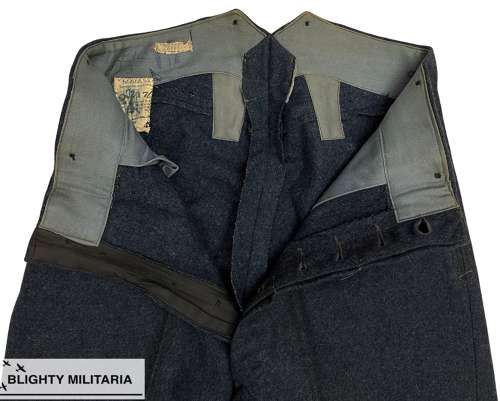 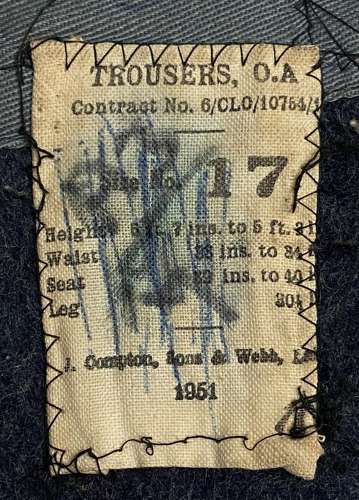 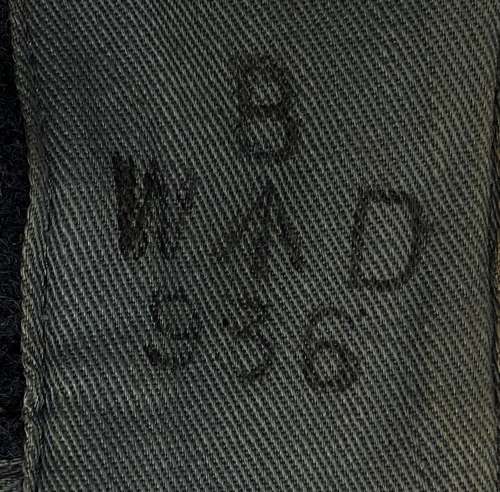 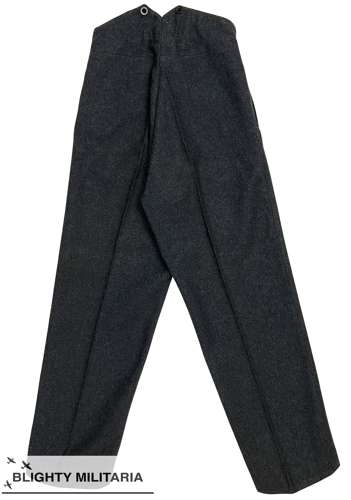 A good original pair of RAF Ordinary Airman's trousers made in 1951 which are identical to the wartime pattern.

This pattern of trousers came into use with the RAF during the 1930s and stayed in service well into the 1950s. The trousers feature a fishtail back, a slash pocket to each hip and black plastic brace buttons around the outside of the trousers. The fly also fastens with the same type of buttons used for the braces.

The original label is still present inside the trousers and is mainly legible. It states the size as No.17 which will fit a 33-34" waist and a 30 1/2" leg. The manufacturer's name is marked as 'J. Compton, Sons & Webb Ltd'. Below this is the 1951 date and the War Department broad arrow marking.

The trousers also feature a War Department acceptance stamp to the interior which is surmounted by the letter B.

The trousers are in good condition and display well. There is a mark to the inside of the left leg although this looks like it should clean out reasonably easily. They are a vintage pair of pre-owned trousers however so may have other small issues consummate with age.