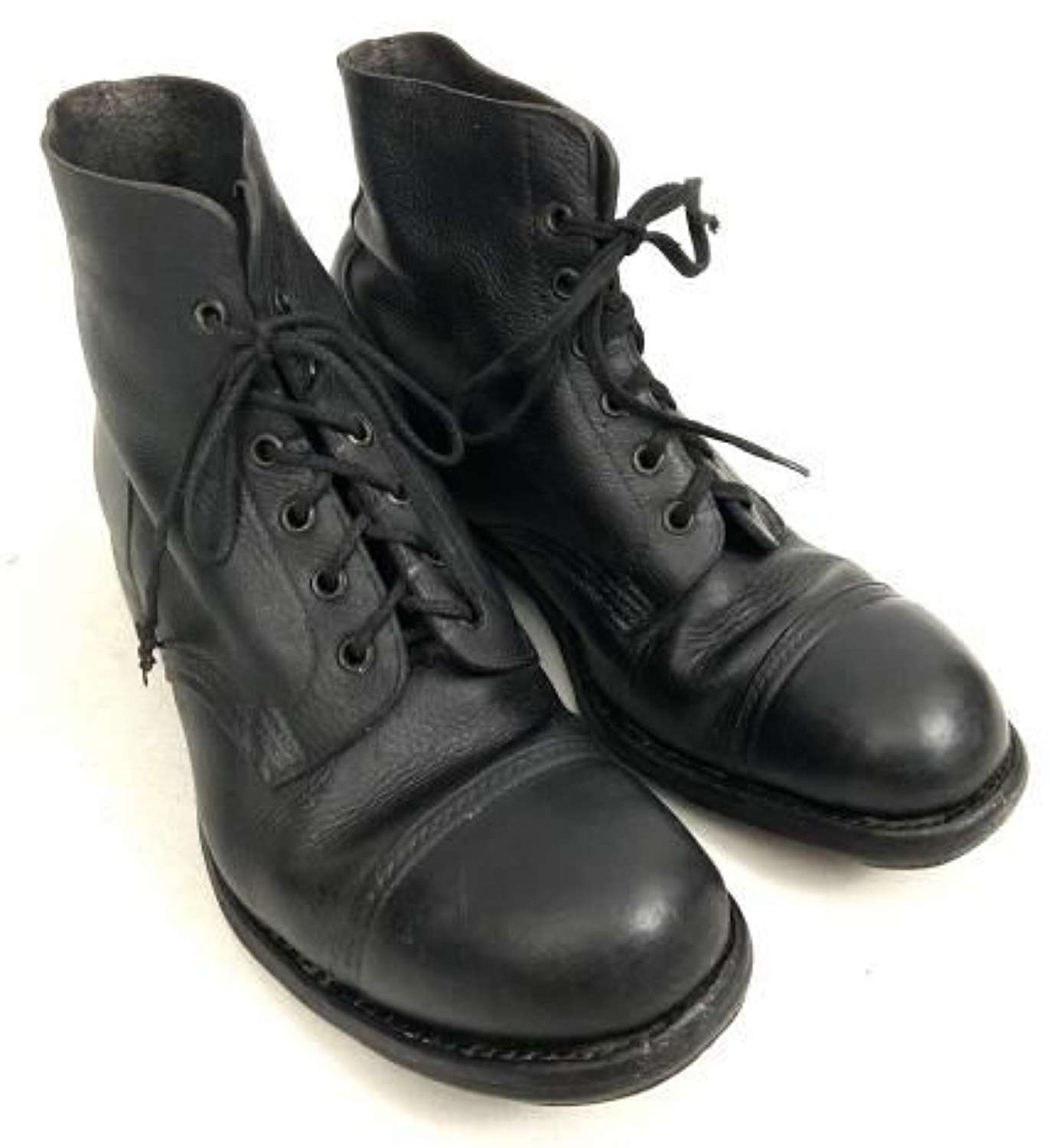 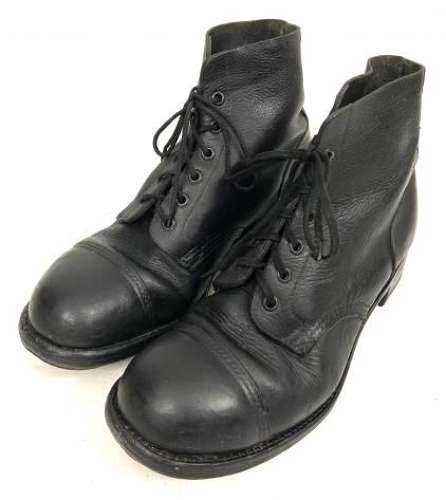 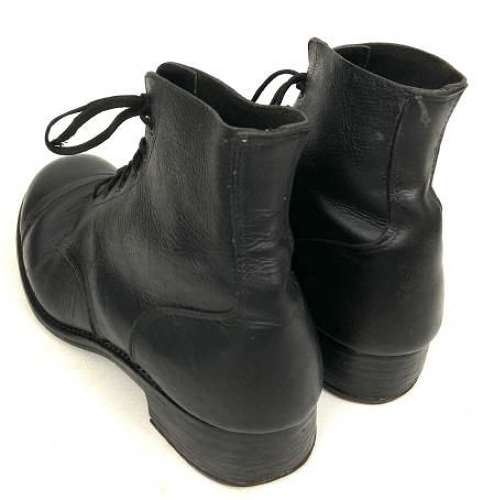 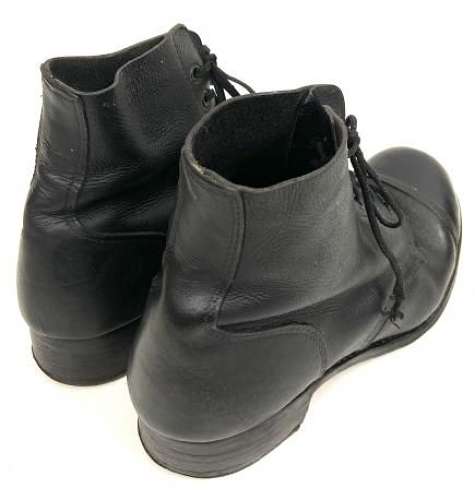 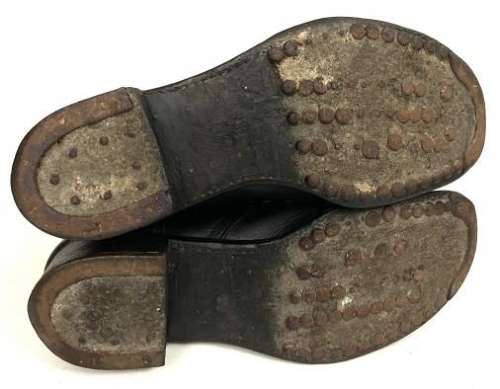 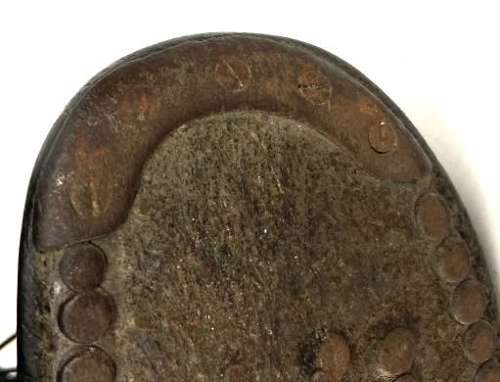 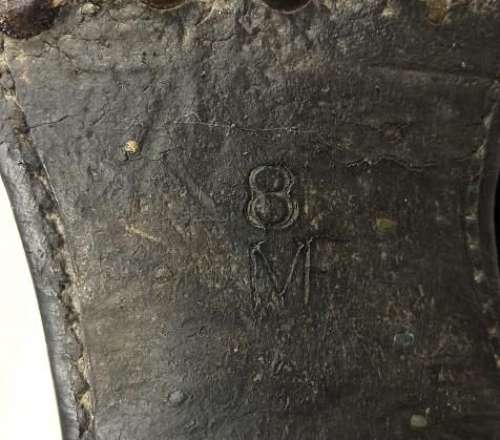 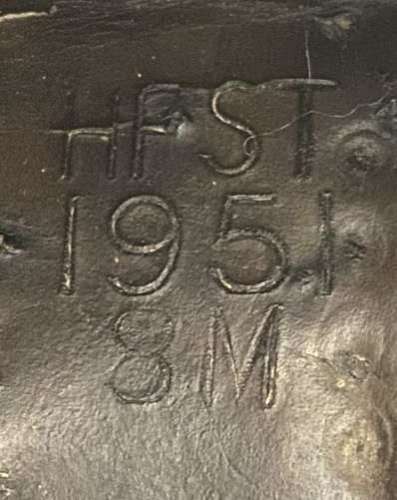 SOLD
An original pair of RAF Ordinary Airman's boots dated 1951 and in a size 8 Medium.

This particular pair however came as part of an RAF Ordinary Airman's kit and are without a doubt the boots he was issued with and wore whilst serving in the RAF during the early 1950s. They feature the correct toe and heel plates with the toe plates be attached with slotted head screws as per WW2 issue. They also feature a nice stud pattern which is seen on pre-war and early war boots as well as post-war boots - essentially not an economy pattern.

The insole of both boots is marked 'HFST 1951 8M' which denotes the manufacturer, year of manufacture and the size. The size is also marked to the sole of each boot.

The boots are in good condition and display well. They are of course a pair of vintage boots that are almost 70 years old and this needs to be taken into account.

A nice pair of period boots which are clearly dated and a reasonable size.