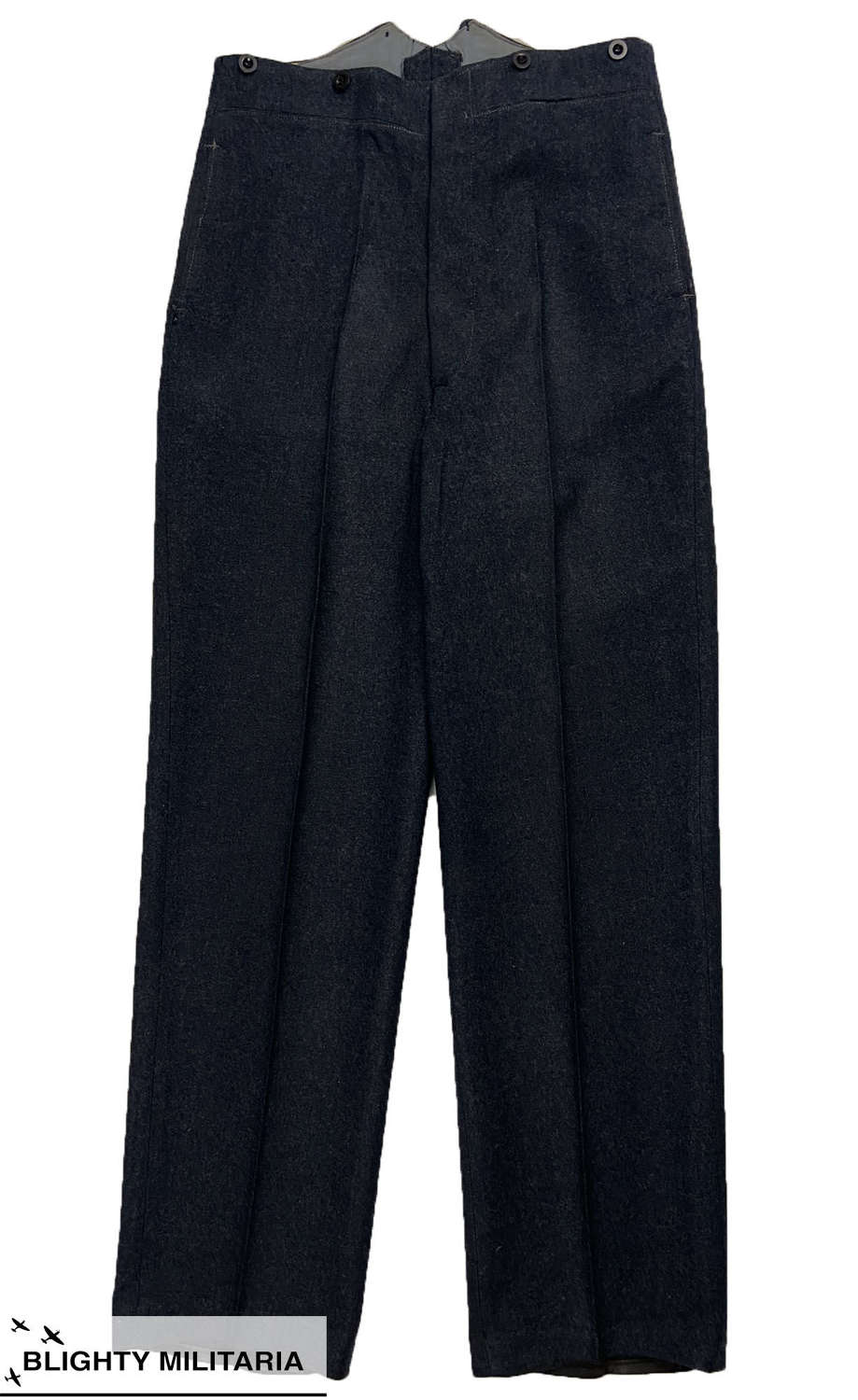 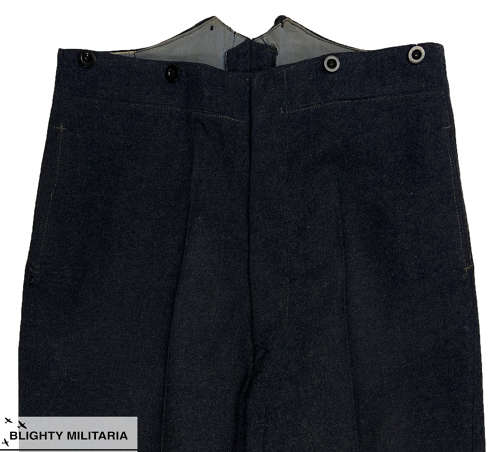 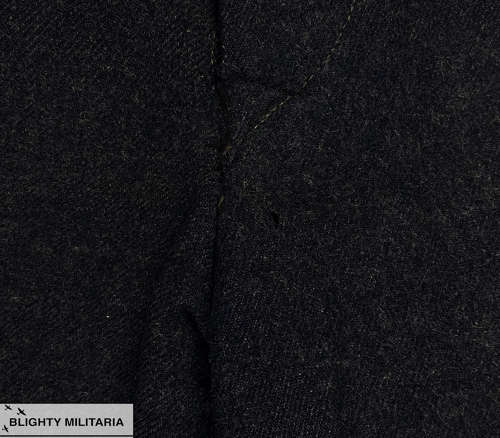 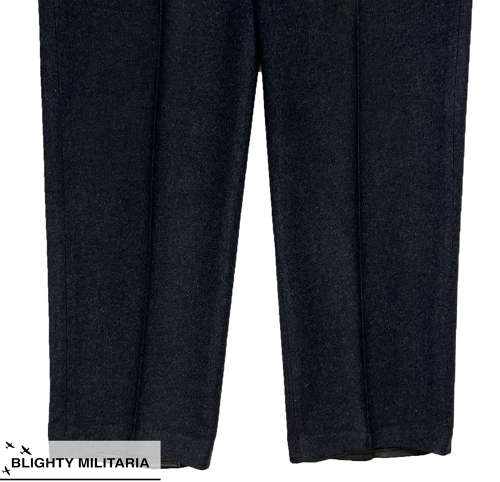 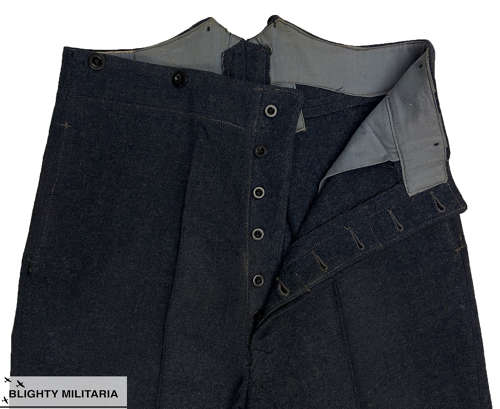 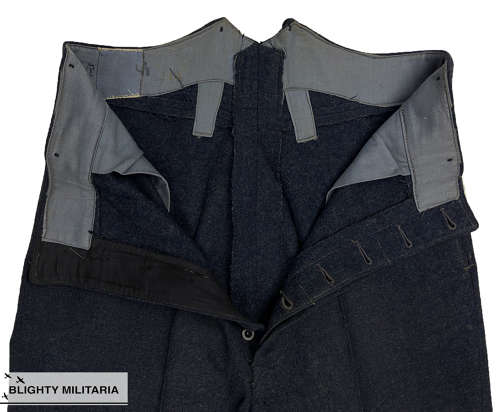 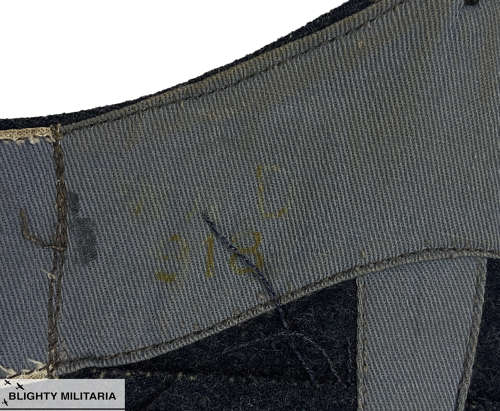 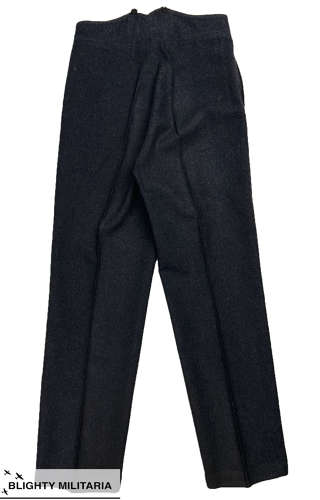 An original pair of RAF Ordinary Airman's trousers which are identical to wartime produced examples but made in the early 1950s.

This pattern of trousers came into use with the RAF during the 1930s and stayed in service well into the 1950s. The trousers are made from an RAF blue-grey coloured serge wool and feature a fishtail back, a slash pocket to each hip and black plastic brace buttons around the outside of the trousers. More of the same buttons are used to fasten the fly.

There is no label in the trousers but the very light coloured stitching used throughout dates these to the early 1950s.

The overall condition of the trousers is good with only limited signs of wear and age. There is one very small hole near the crotch which is illustrated in picture 3 and only noticeable under close inspection. They are still wearable and display well but are a vintage, pre-owned item which may have small issues commensurate with age.

A good pair of trousers which would be ideal for a WW2 re-enactor or for a mannequin due to their larger size.