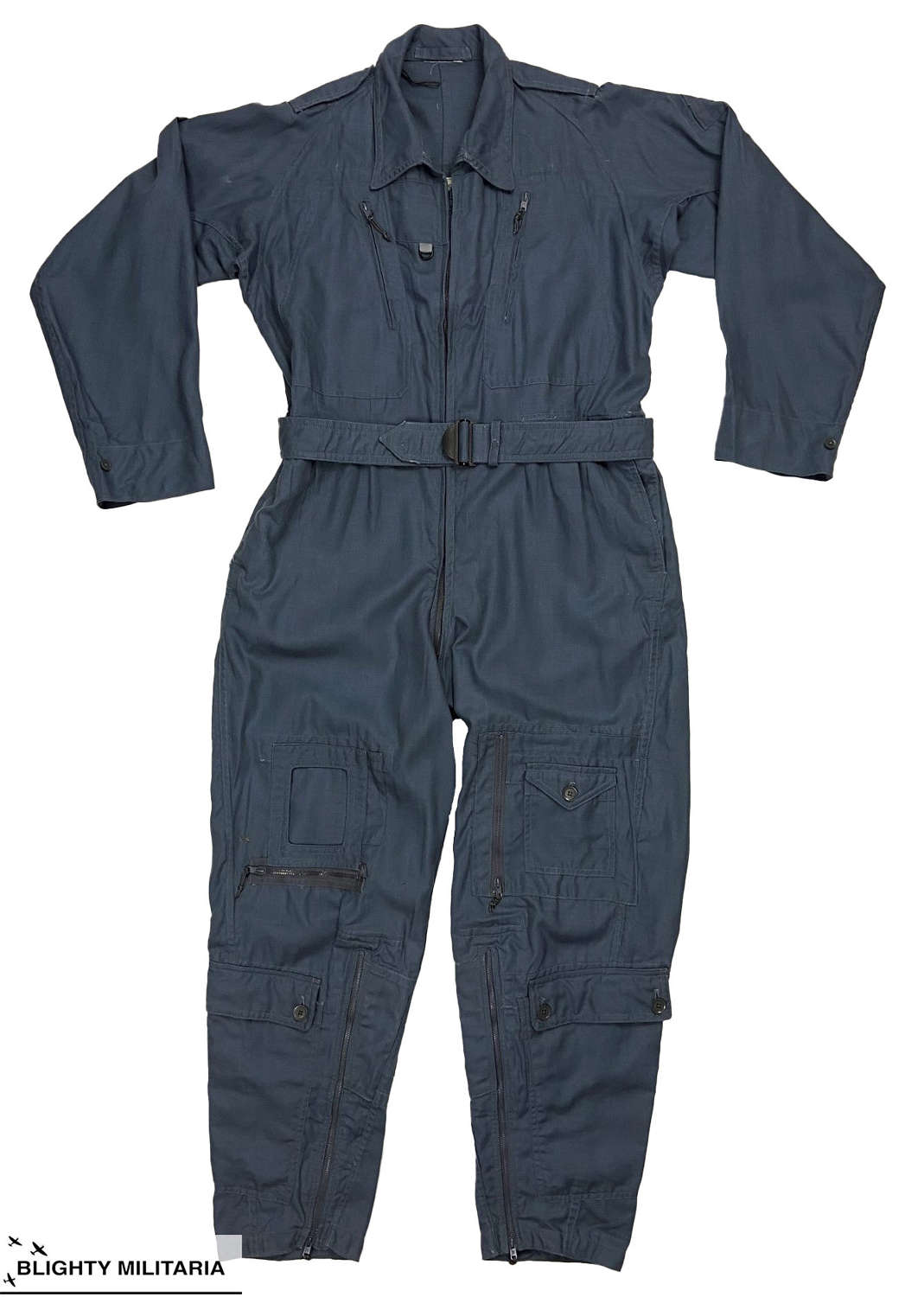 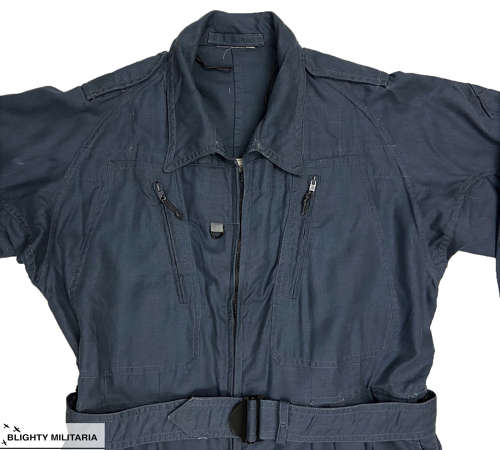 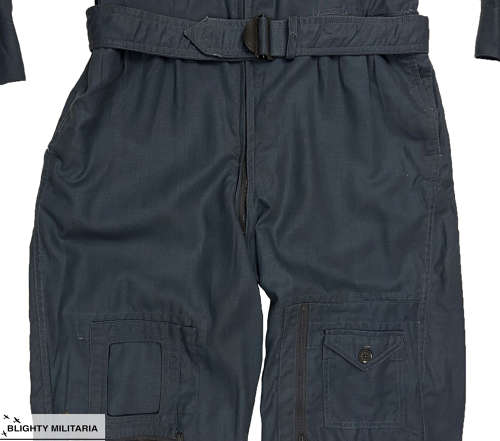 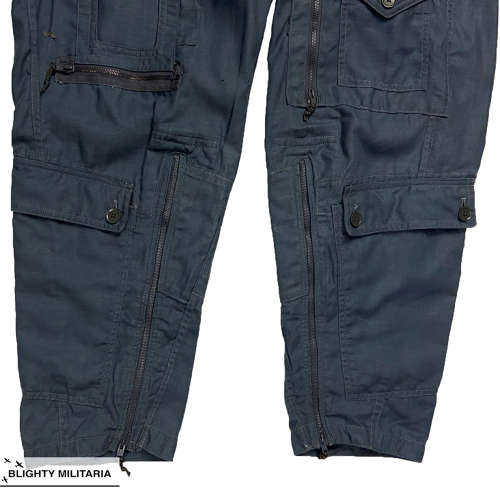 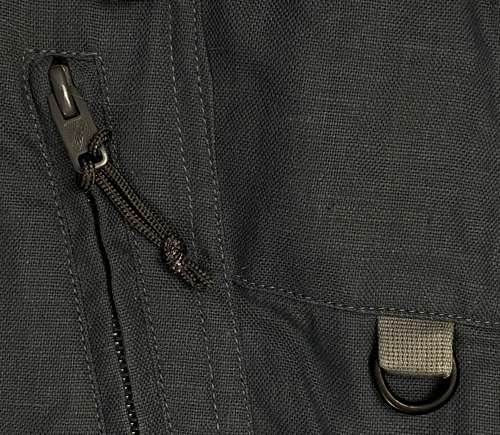 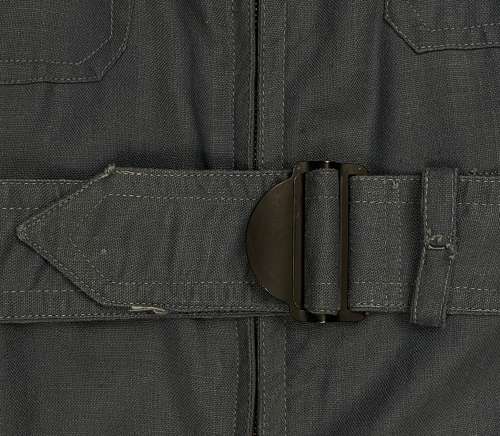 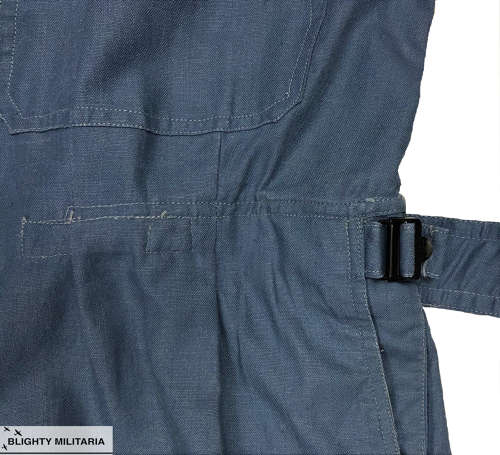 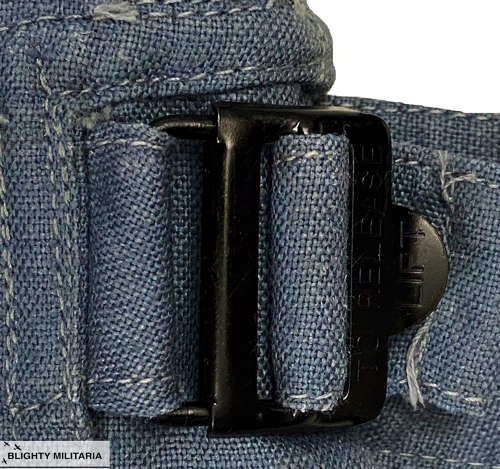 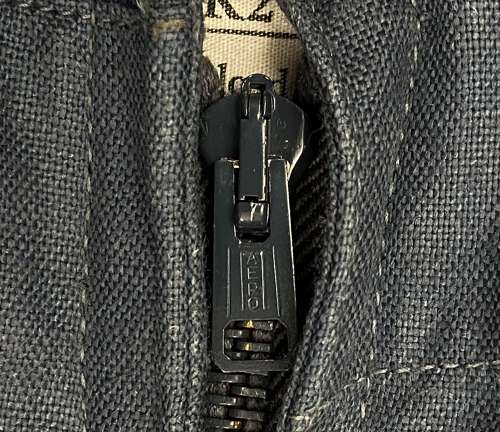 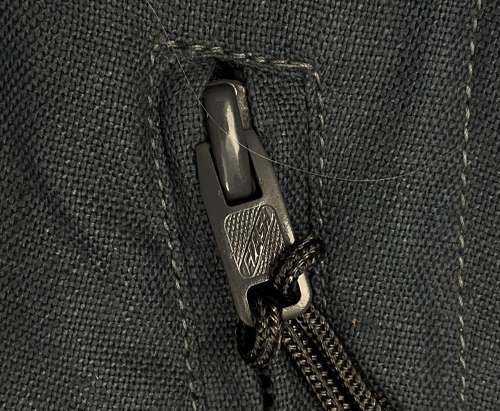 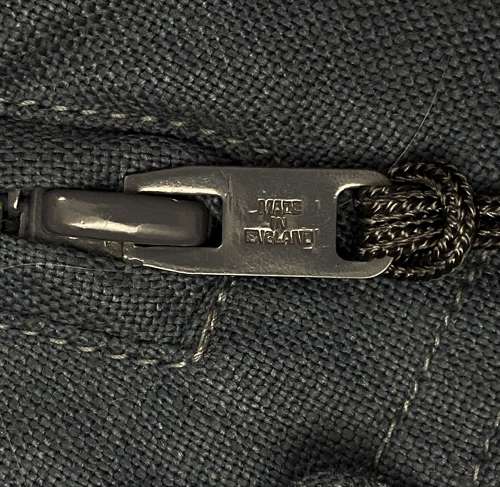 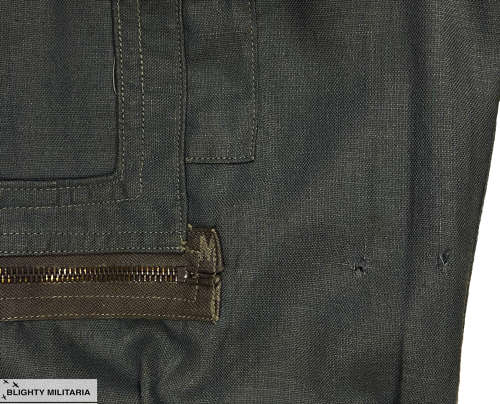 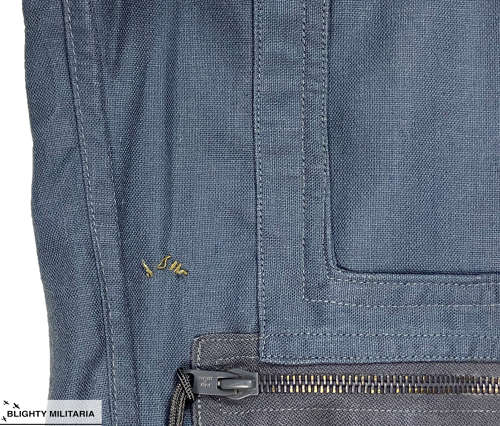 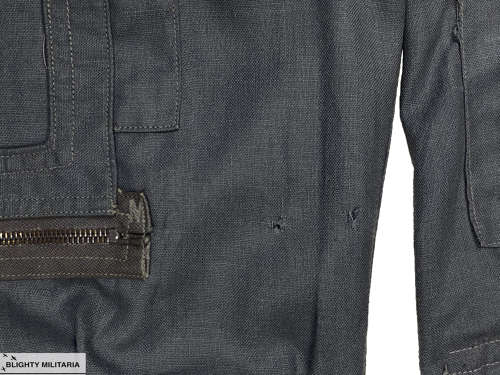 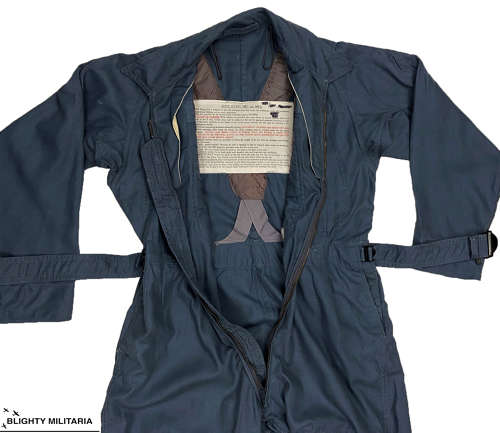 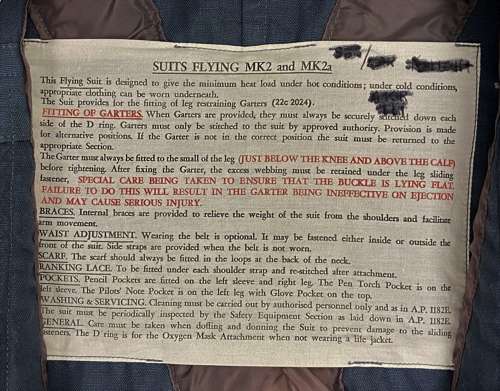 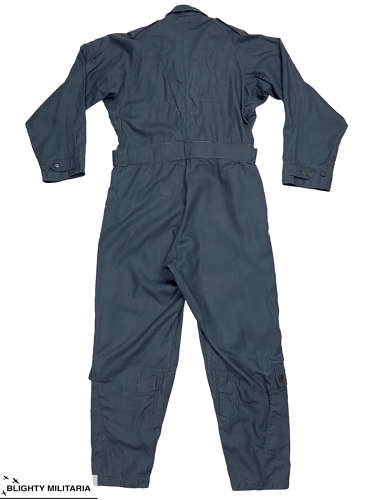 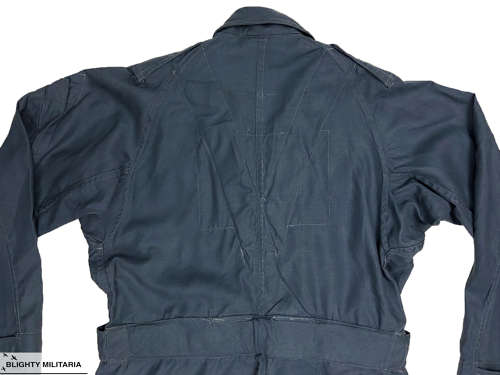 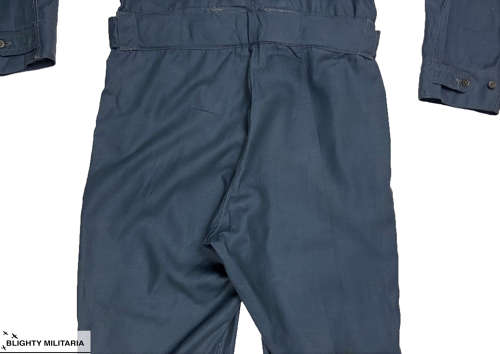 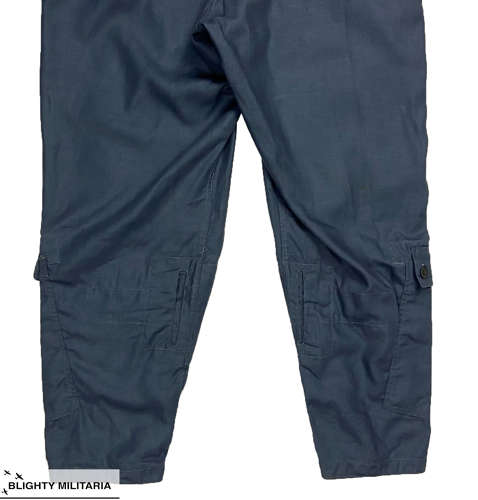 An original Royal Air Force Mk2 and 2a Flying Suit dating from the 1950s and in very good condition.

Officially designated 'Suits Flying MK2 and 2a' the suit is made from a blue-grey coloured linen cotton and features a waist belt and metal buckle as seen on this period of flight suits as well as the ventile smocks and parkas. Blue painted 'Aero' and 'Flash' branded zippers are found throughout with the latter examples being marked 'made in England' the reverse. Metal waist adjusters are also a feature and are marked 'To Release Lift' and pockets can be found to the lower legs. Inside the suit there is an integral brace system, two drying loops and a hanging loop to the neck.

Originally the suit would have had two labels to the interior but one has been removed - most likely as it had a name written on it. The larger label features instructions on wear and care and a previous owner's name has been blotted out.

Altogether a very nice example of an early jet-age flying suit which would be hard to better in many ways. This would make an excellent addition to any RAF collection!