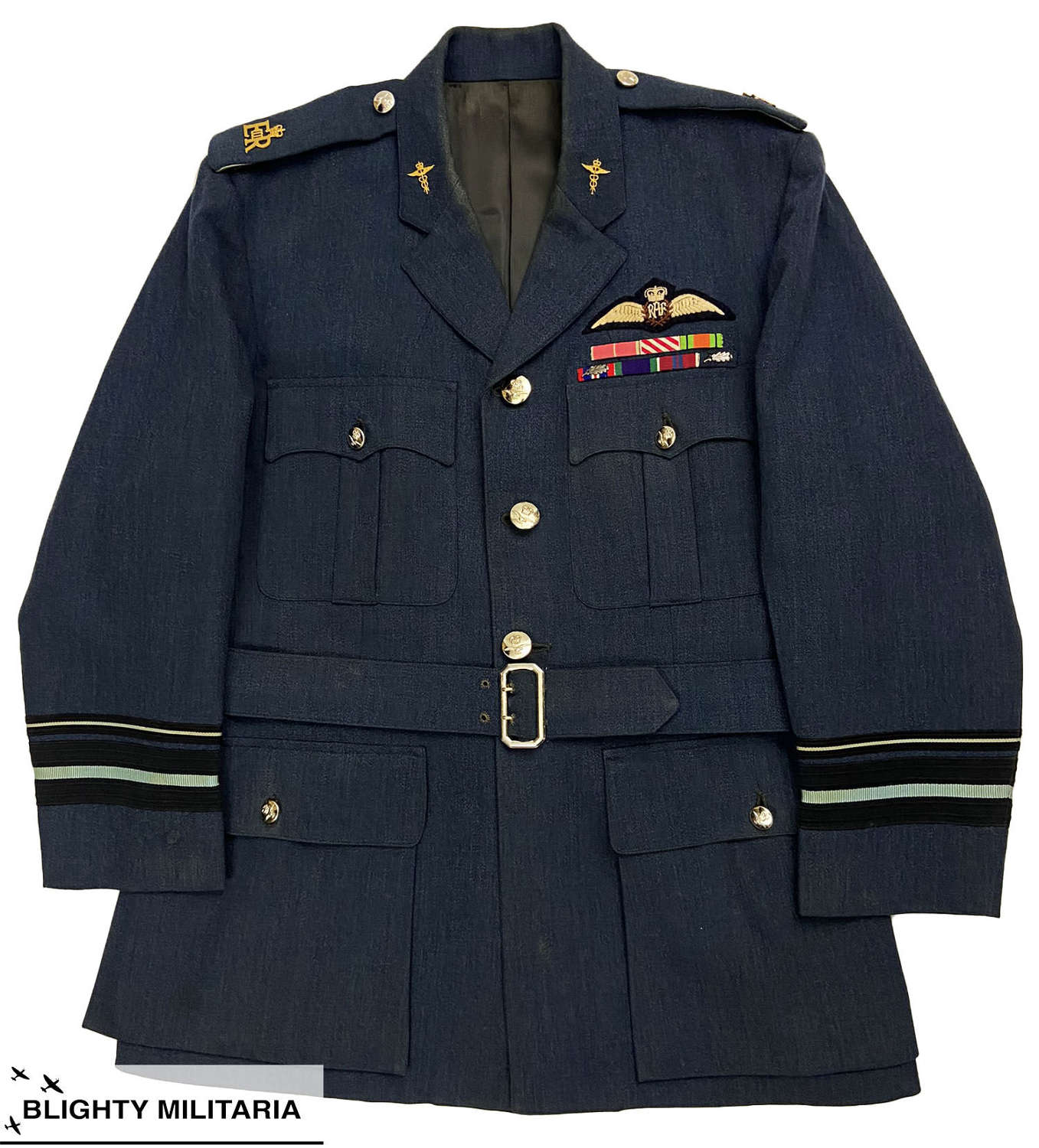 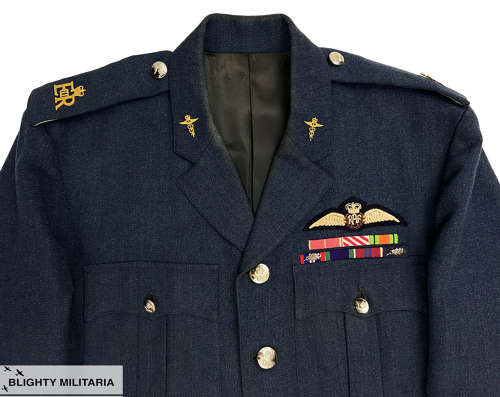 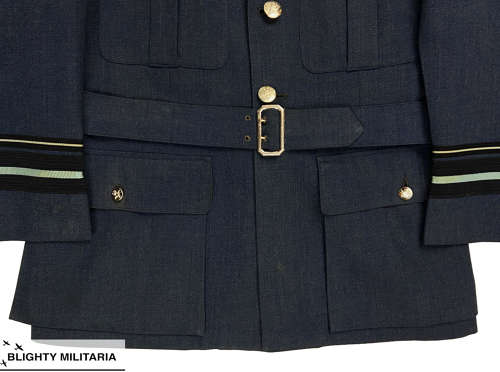 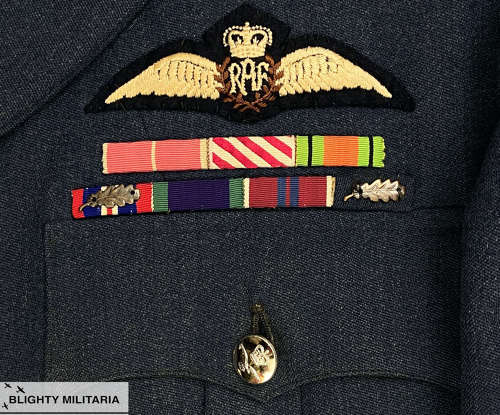 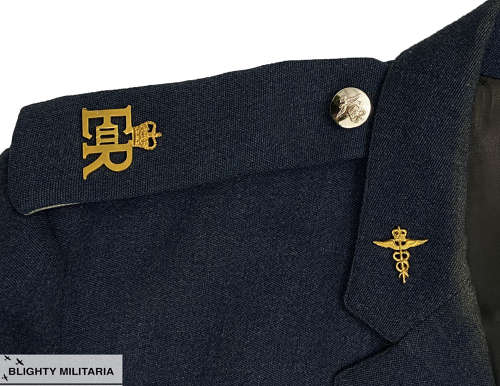 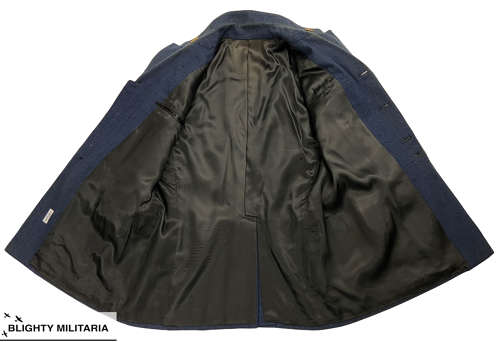 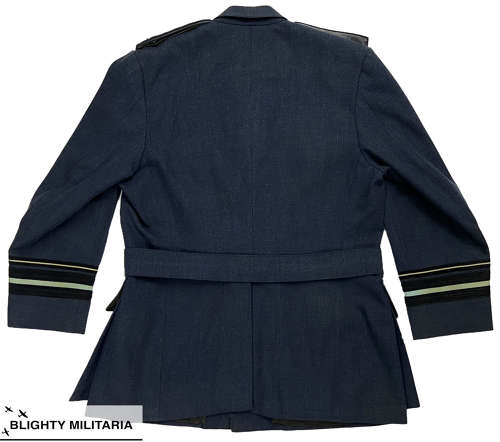 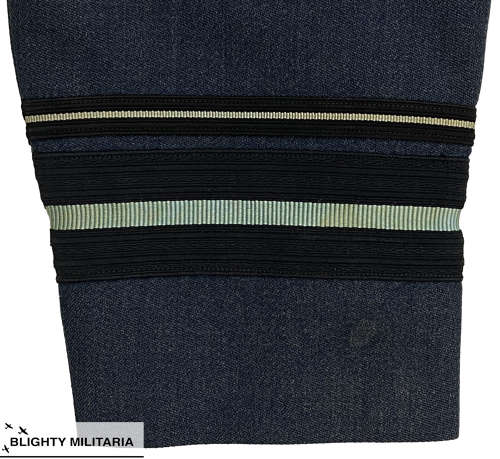 This tunic belonged to a pilot who served during the Second World War before rising to the rank of Air Vice Marshall. He received the OBE and the Air Force Cross amongst other medals and was mentioned in dispatches during WW2.

The tunic is a typical 1950s example which is made from RAF blue-grey coloured barathea wool and features a three button front. A matching waist belt is also present which fastens with a staybrite buckle. All the buttons are Queen's crown staybrite RAF examples. The interior of the jacket is fully lined and features a single interior pocket.

The tunic is fitted with a nice Queen's crown pilots wing above the medal ribbons as well as brass medical corps badges to the collar. The epaulettes are fitted with Queen's Crown ER cypher badges and the lower portion of the sleeves features the Air Vice Marshal rank.

The jacket is in good condition for its age but does have some signs of wear and use. There is staining around the collar as well as some various other staining and marks but overall it displays well enough and looks to be very wearable. Please take time to study the pictures and bear in mind that it is a vintage, pre-owned item which may have small issues commensurate with age.

A nice original air rank tunic with some nice insignia.