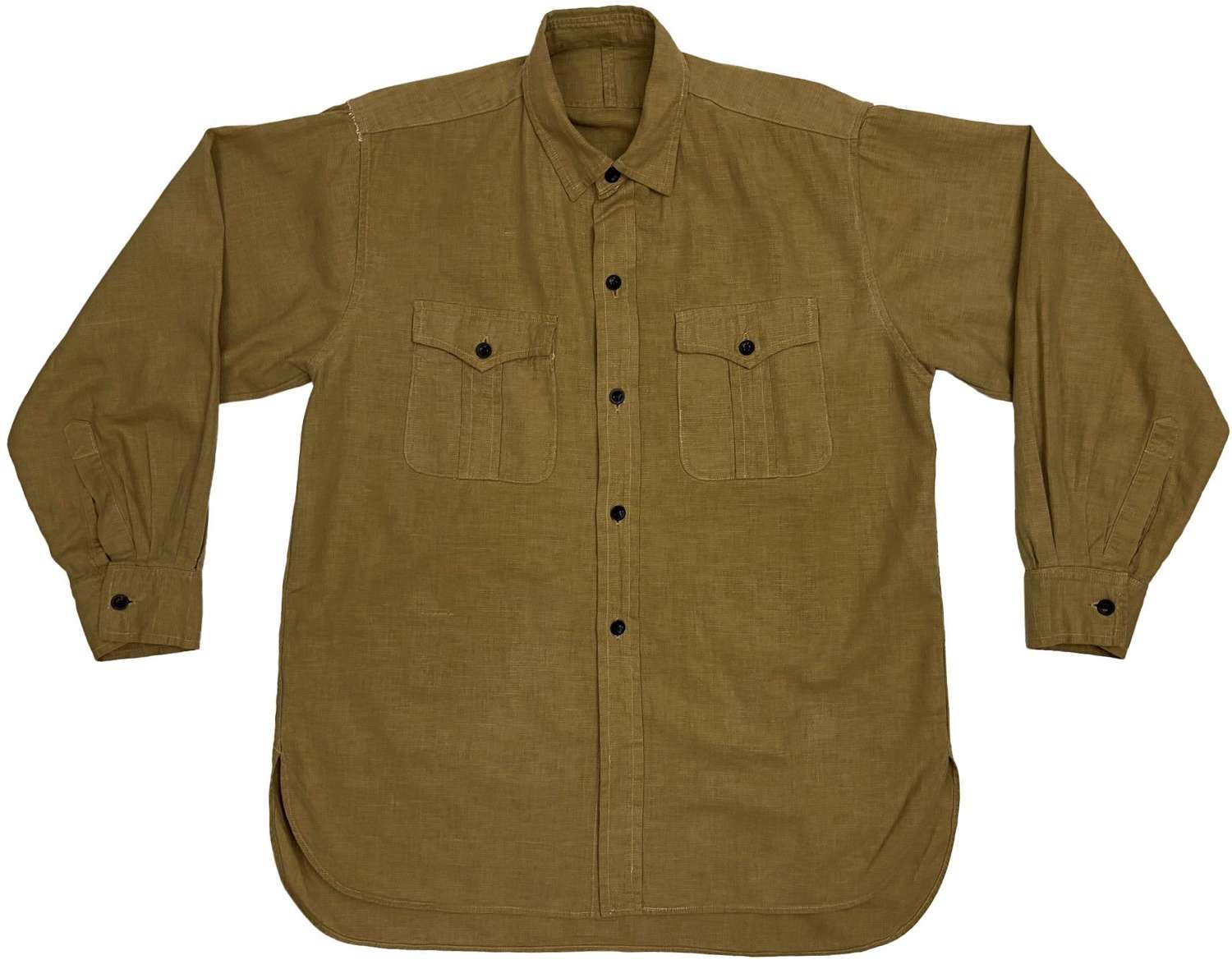 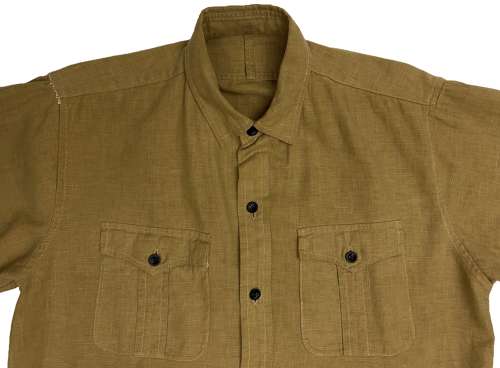 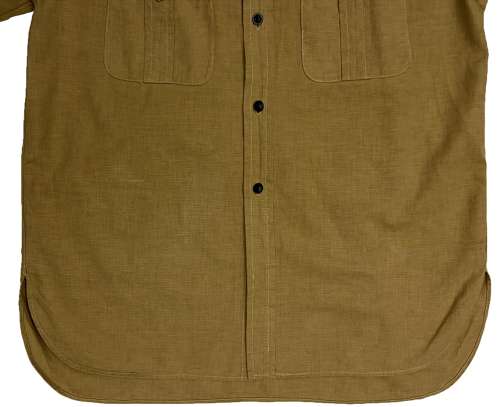 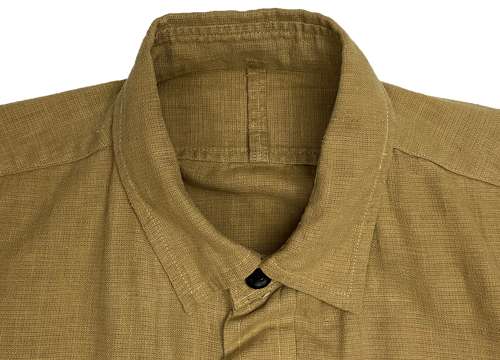 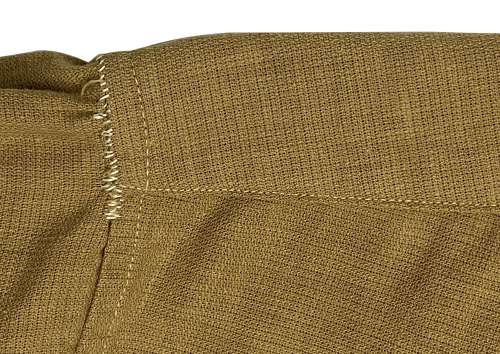 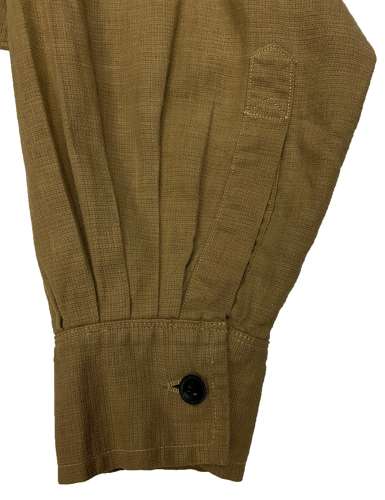 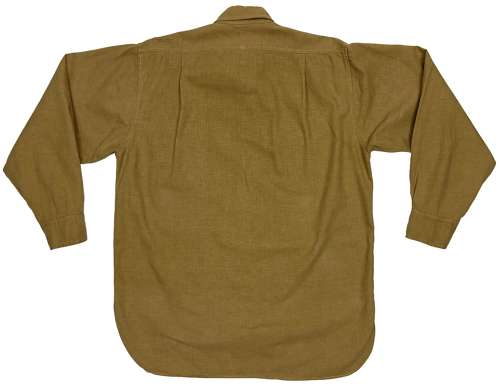 An original British Khaki Drill Shirt as worn by the British Army and RAF and dating from the 1950s.

This example dates from the 1950s as is evident from the collar shape and full button front. It features long sleeves and two pleated chest pockets are also in evidence and feature pointed pocket flaps. It appears to have had epaulettes previously which have been removed. The shirt is fitted with black buttons which appear to be replacements.

The shirt is in nice condition and displays well. It looks to be very wearable but please study the pictures and bear in mind that this is a pre-worn vintage shirt which may have issues commensurate with age.

All in all a nice original cellular cotton shirt!