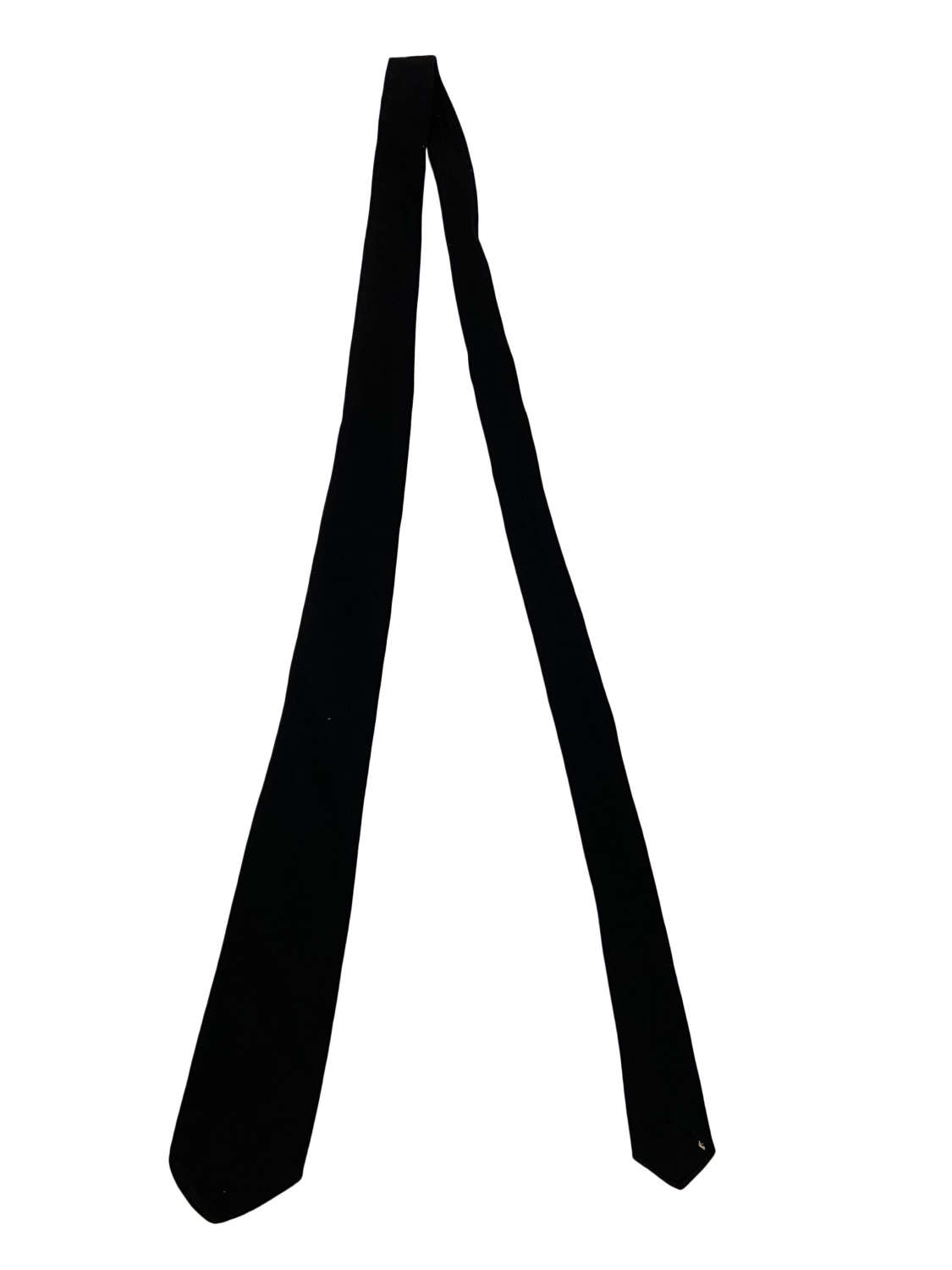 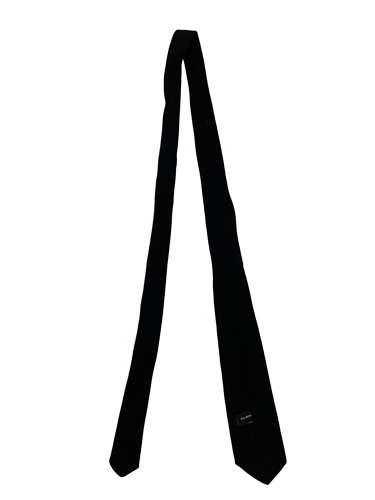 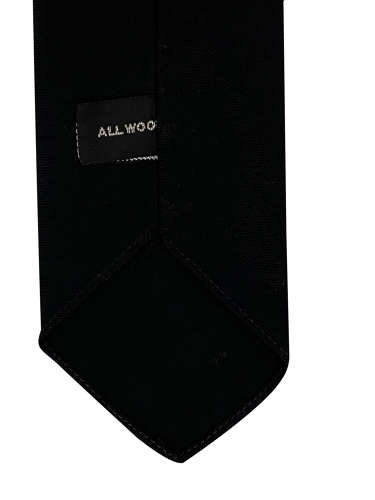 An original 1950s black British made tie as worn By RAF Officers during the Post-war period.

RAF Officers kit was all private purchase and bought from a variety of gentlemen’s outfitters. Some would have had their own ties but most would have stocked ties from another company. It is impossible to say if this tie was ever worn by an RAF airman but it is without a doubt an immediate post-war example as worn in the RAF.

The construction of the tie is typical of ties made during the 1940s and 1950s. It is a single piece construction and not backed likes later ties. The material is again typical of the period but it is a couple of inches longer than ties of the 1930s and 1940s. The 'All Wool' label is also typically seen on British items from the late 1940s through to the mid 1950s.

The tie is in nice condition and displays well.