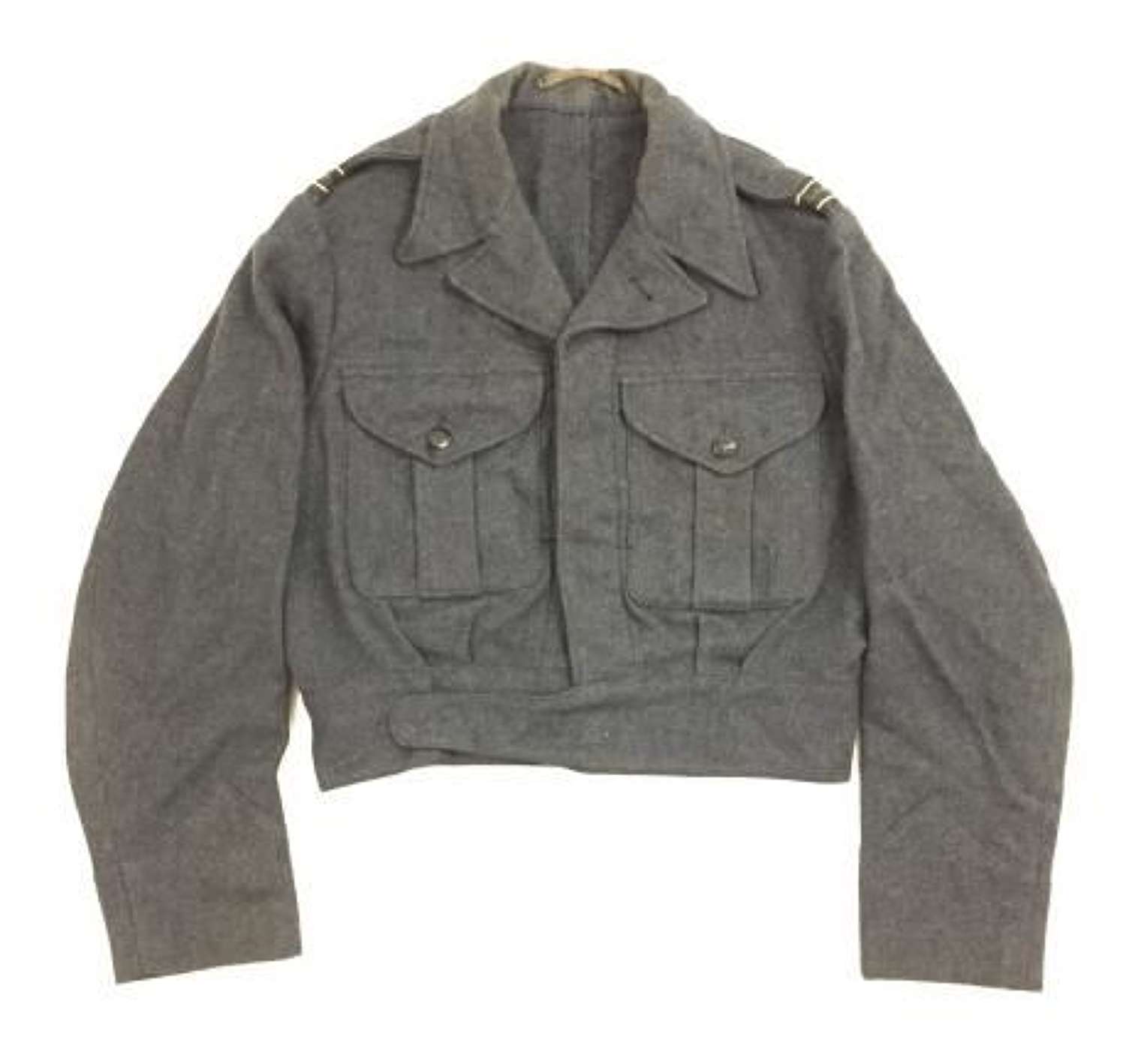 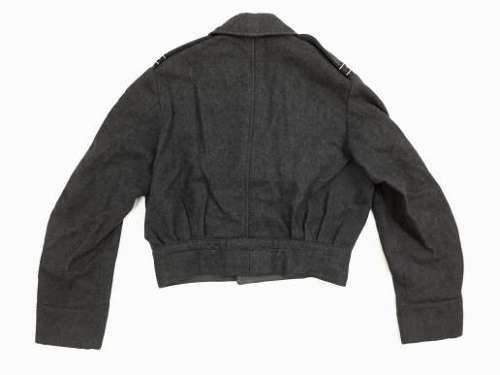 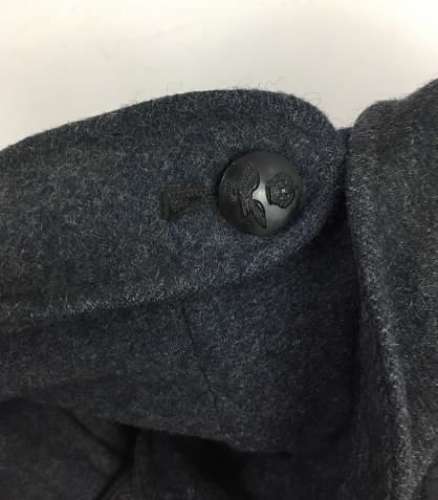 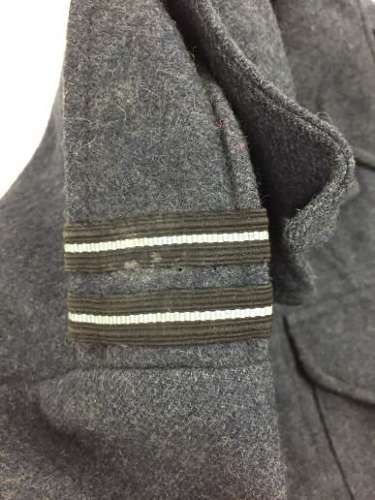 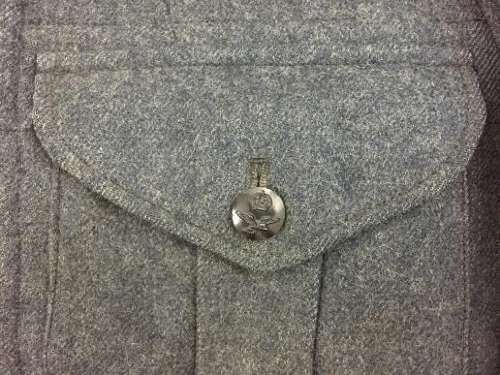 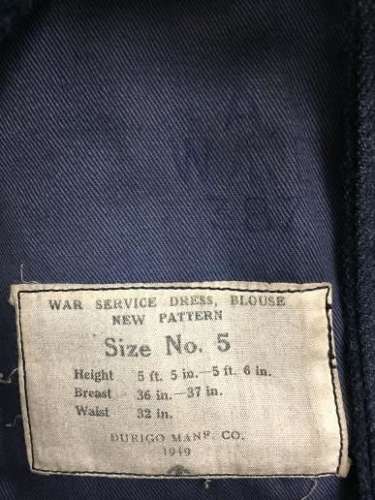 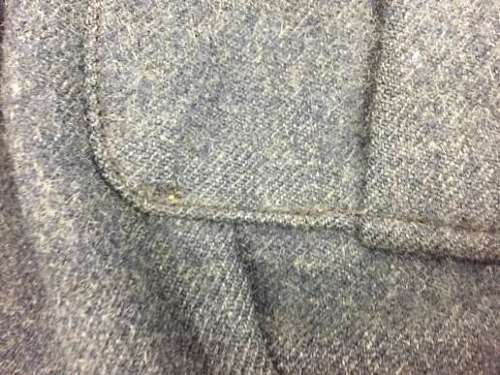 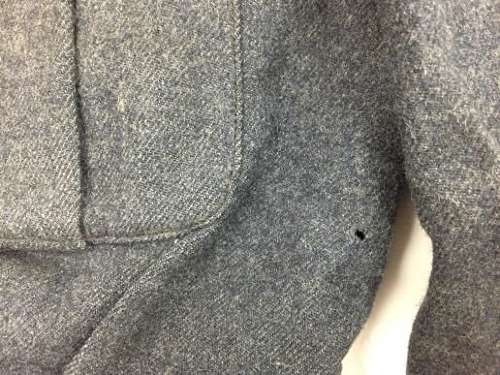 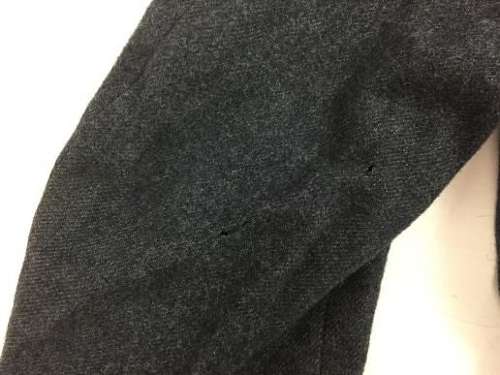 This pattern of blouse is arguably the rarest of RAF Battledress blouses as it was only made for a few short years. It came into service with the RAF in 1947 and was replaced shortly after by the much more common New Pattern blouse which has a notched collar unlike this example.

This particular example features black plastic Kings crown RAF buttons to the pockets and epaulettes. As well as this the epaulettes also feature Flight Lieutenant rank stripes which appear to have had Volunteer Reserve brass titles fitted to them at some point.

Inside the jacket retains its original manufactures label which is still bright and legible. It states the maker as 'Durgio Manf Co' and the size as No.5. The 1949 date is present as is the War Department broad arrow stamp.

The lining also features two other ink stamps. The first is the numeral '5' which relates to the size whilst the second is the War Department stamp. This is surmounted by the letter 'A' which is the correct letter for the year of issue.

The overall condition of the jacket is good and it displays well. It has been issued and worn and has some wear consummate with this. There are a couple of moth nips which I have included photographs of.

All in all a nice and very original example of this rare pattern of jacket which would make a great addition to any RAF or Battledress collection.