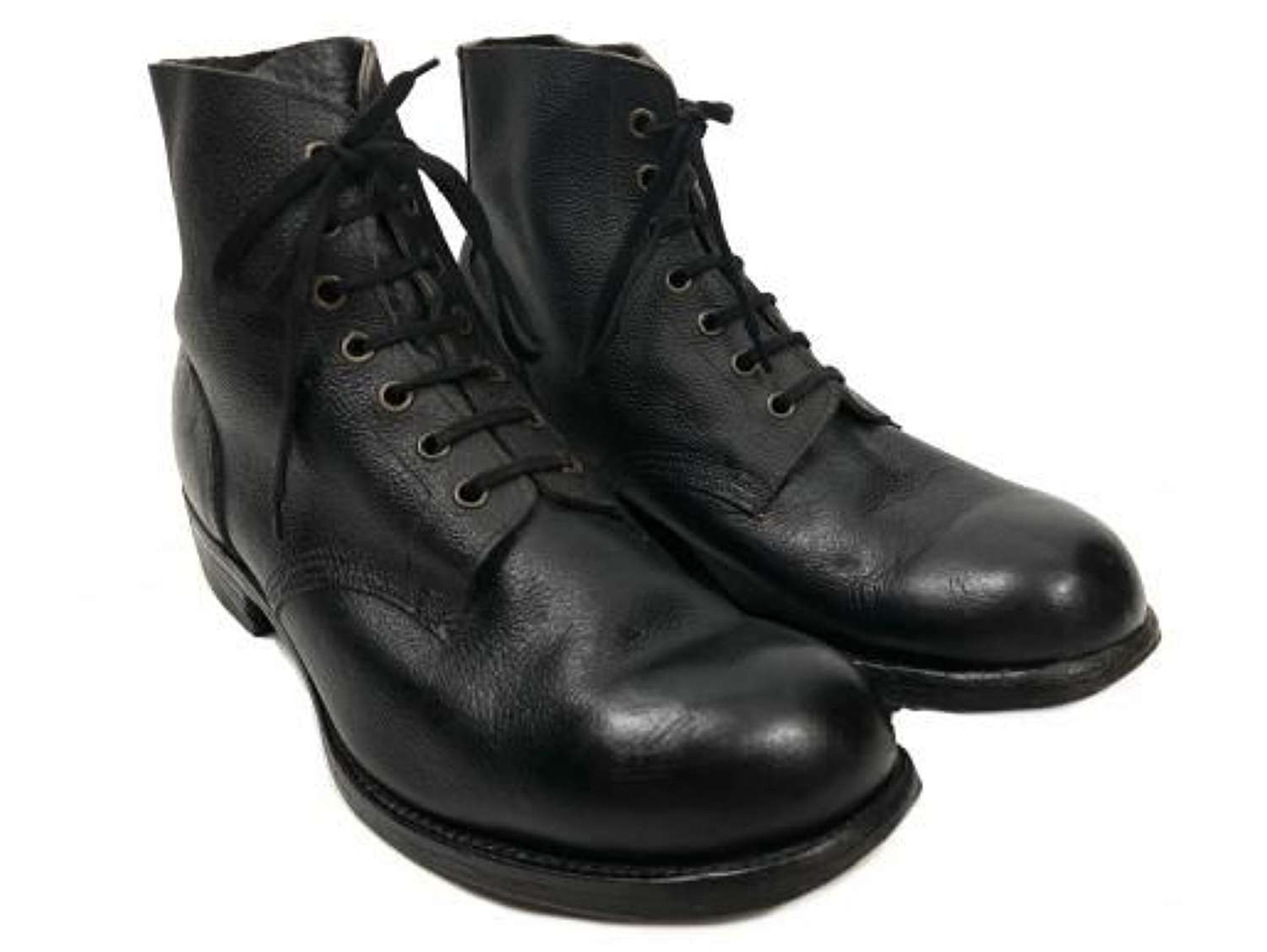 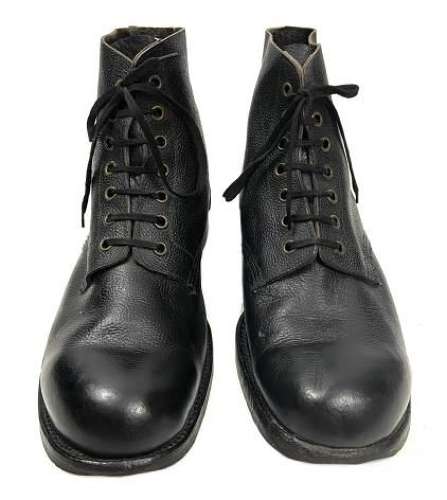 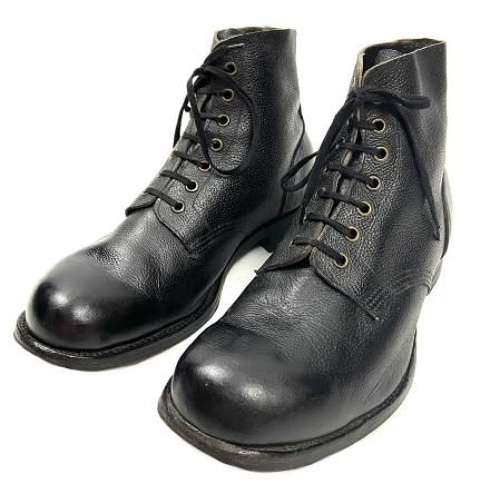 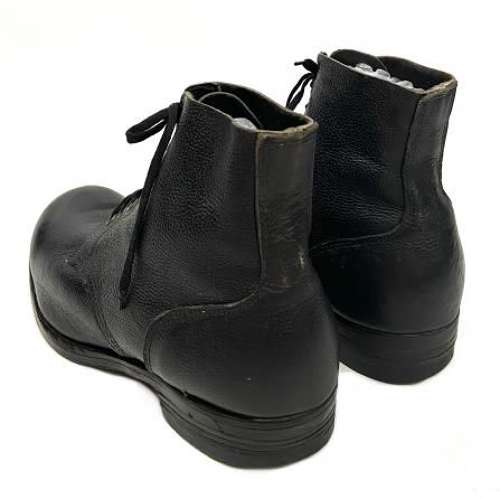 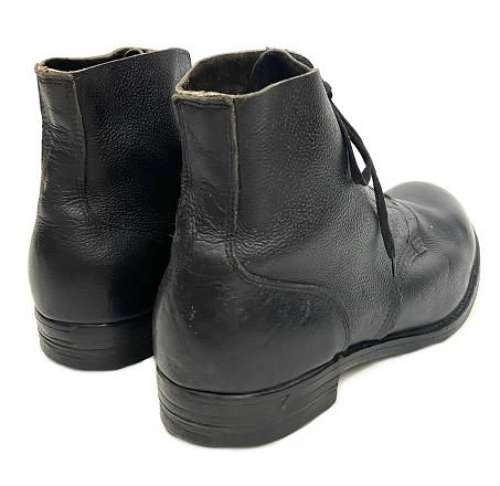 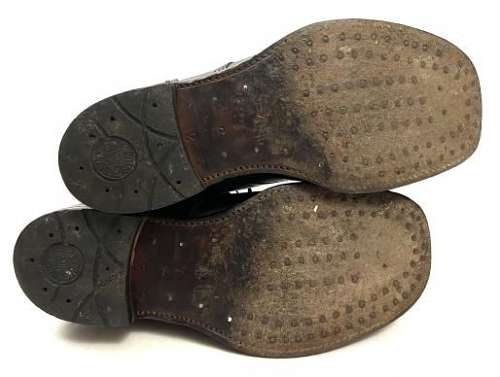 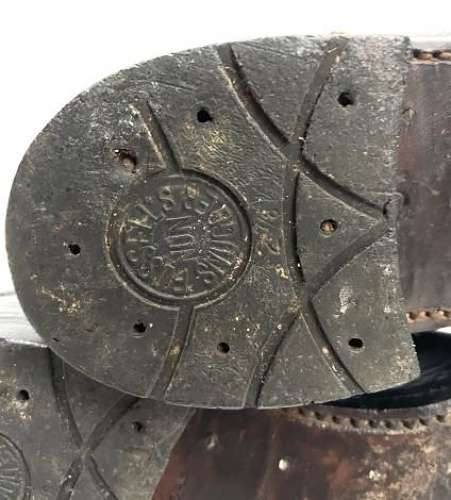 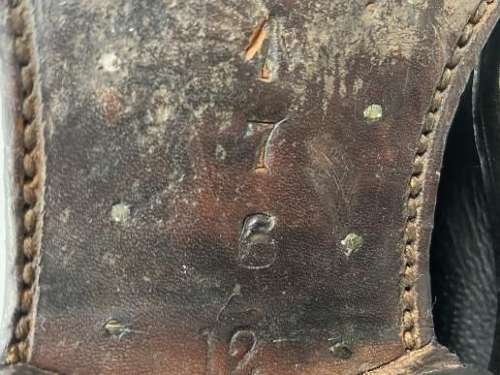 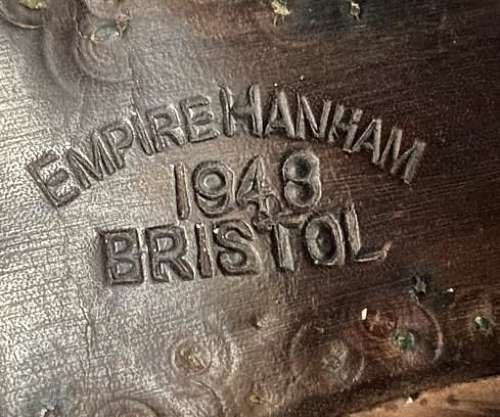 These boots belonged to a Sergeant who served in the RAF in the immediate post-war years. They are the pattern worn by all men under the rank of Warrant Officer including those who worked in aircrew and ground crew roles.

The boots themselves are a simple design which feature a plain toe and 7 eyelets. As well as this they have a leather sole and rubber heels, typical of RAF boots of the 1940s. The sole is marked with the size of 7 and also bears the War Department broad arrow marking.

Inside the boots feature a clear makers stamp which states the manufacturer as 'Empire Hanham' of Bristol. The 1948 date is also present.

The boots are in good condition as can be seen in the pictures. The display very well and come complete with their original laces.