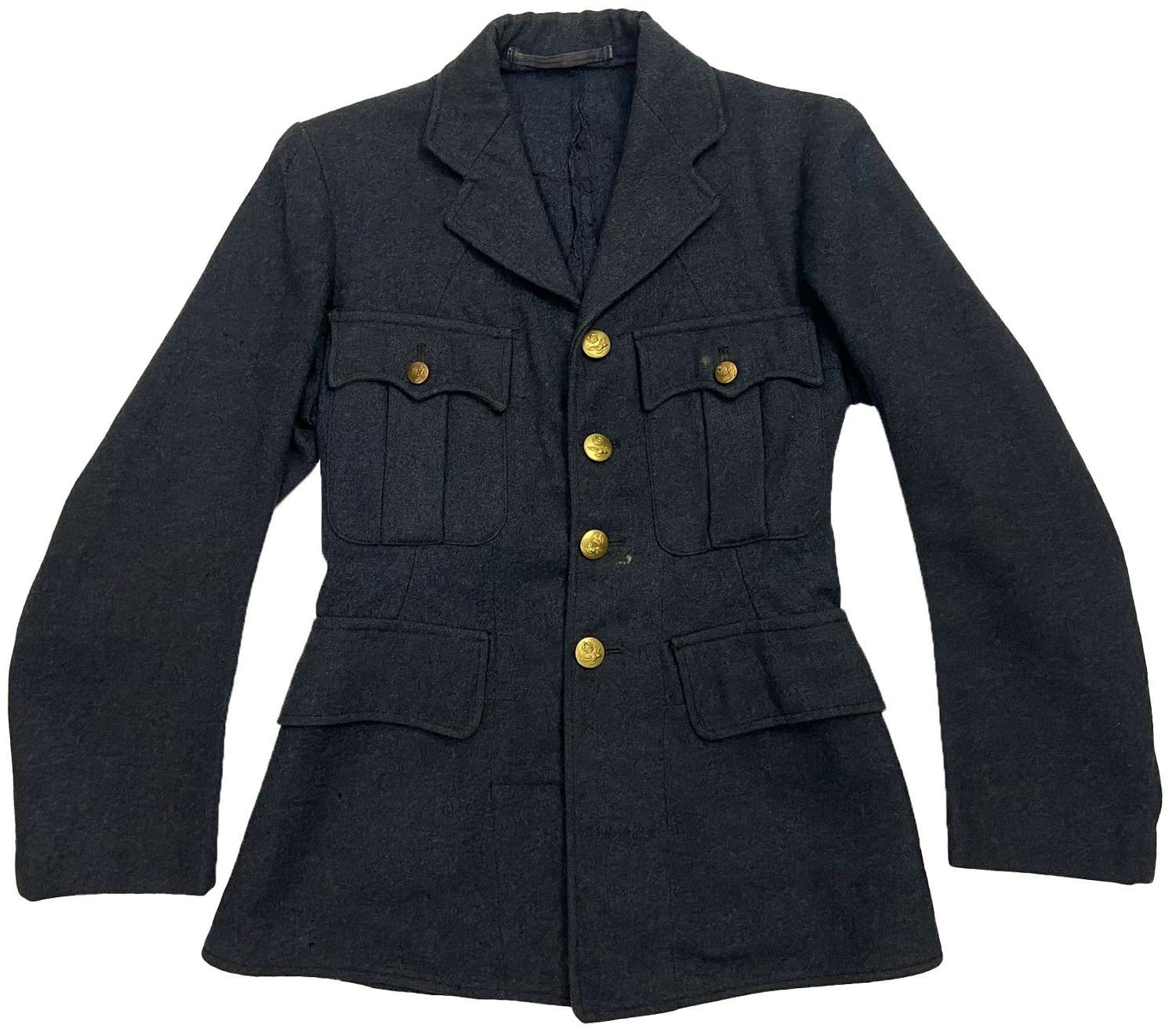 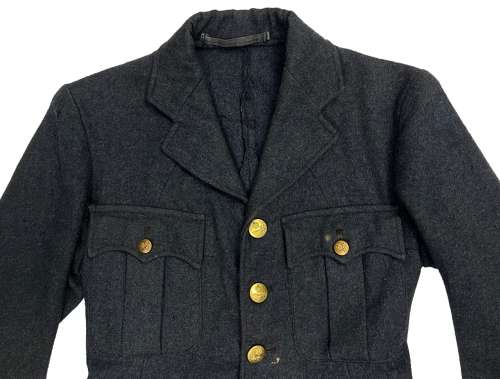 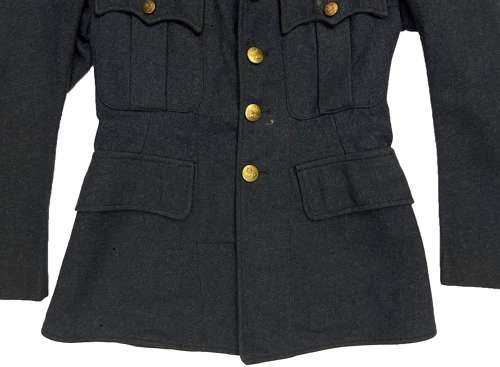 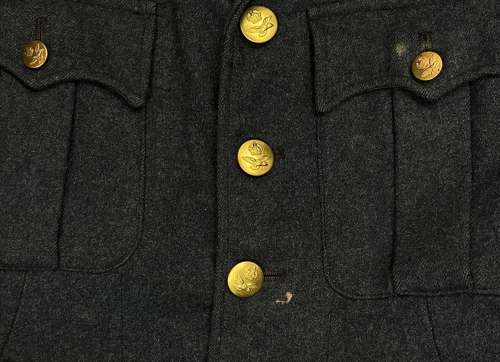 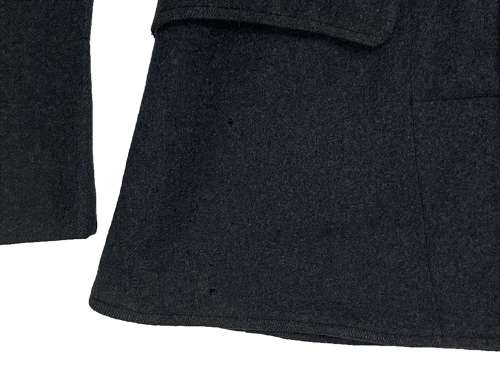 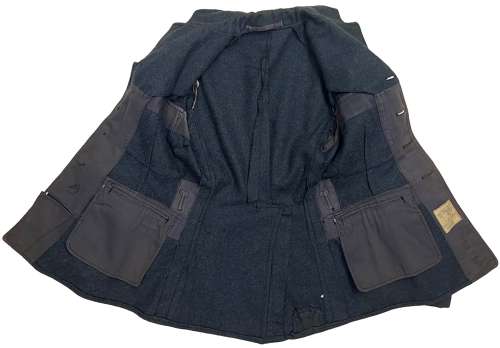 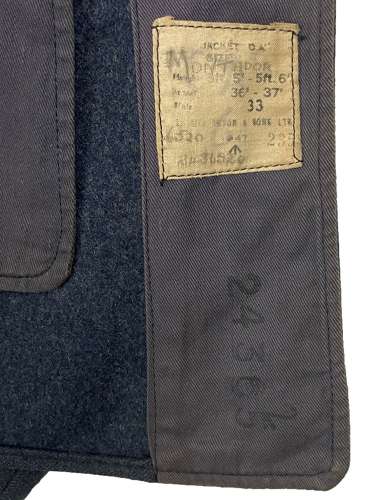 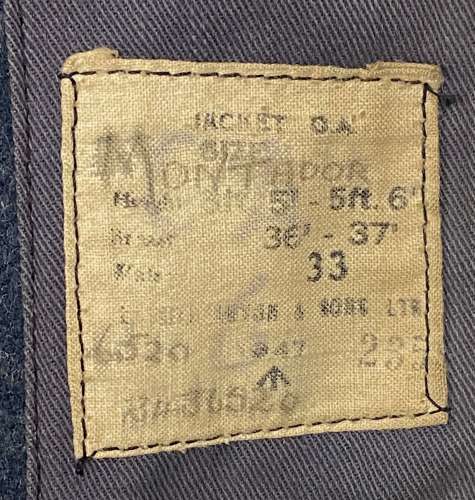 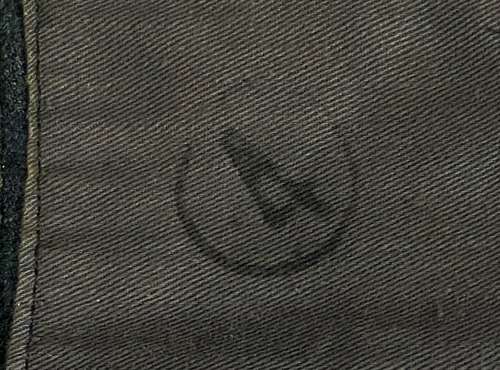 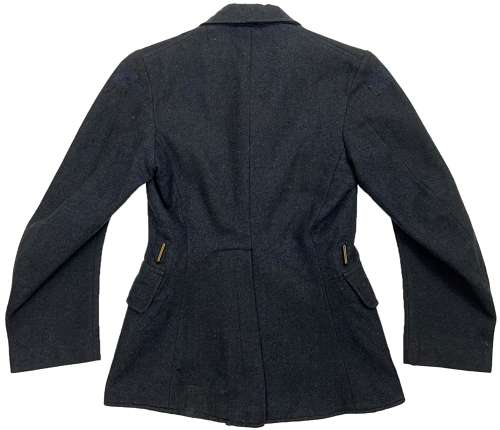 An original 1948 Dated Royal Air Force Ordinary Airman's Tunic Dated 1947 and in a size No4.

Whilst this tunic is dated 1947 it is identical to those worn throughout the Second World War by all RAF airmen up to the rank of Flight Sergeant as both a working dress and a walking out uniform.

This particular example features brass Kings crown RAF buttons and has evidence of where insignia was previously fitted to the shoulders.

Inside the jacket retains its original issue label which states the size as 36-37" chest and 33" waist. Below this is the 1947 date and the War Department broad arrow. The original owner has written his name to the label which reads 'Montador'.

The tunic is in worn condition and has suffered from moth damage. This has been reflected in the price but please take time to study the pictures before purchasing.