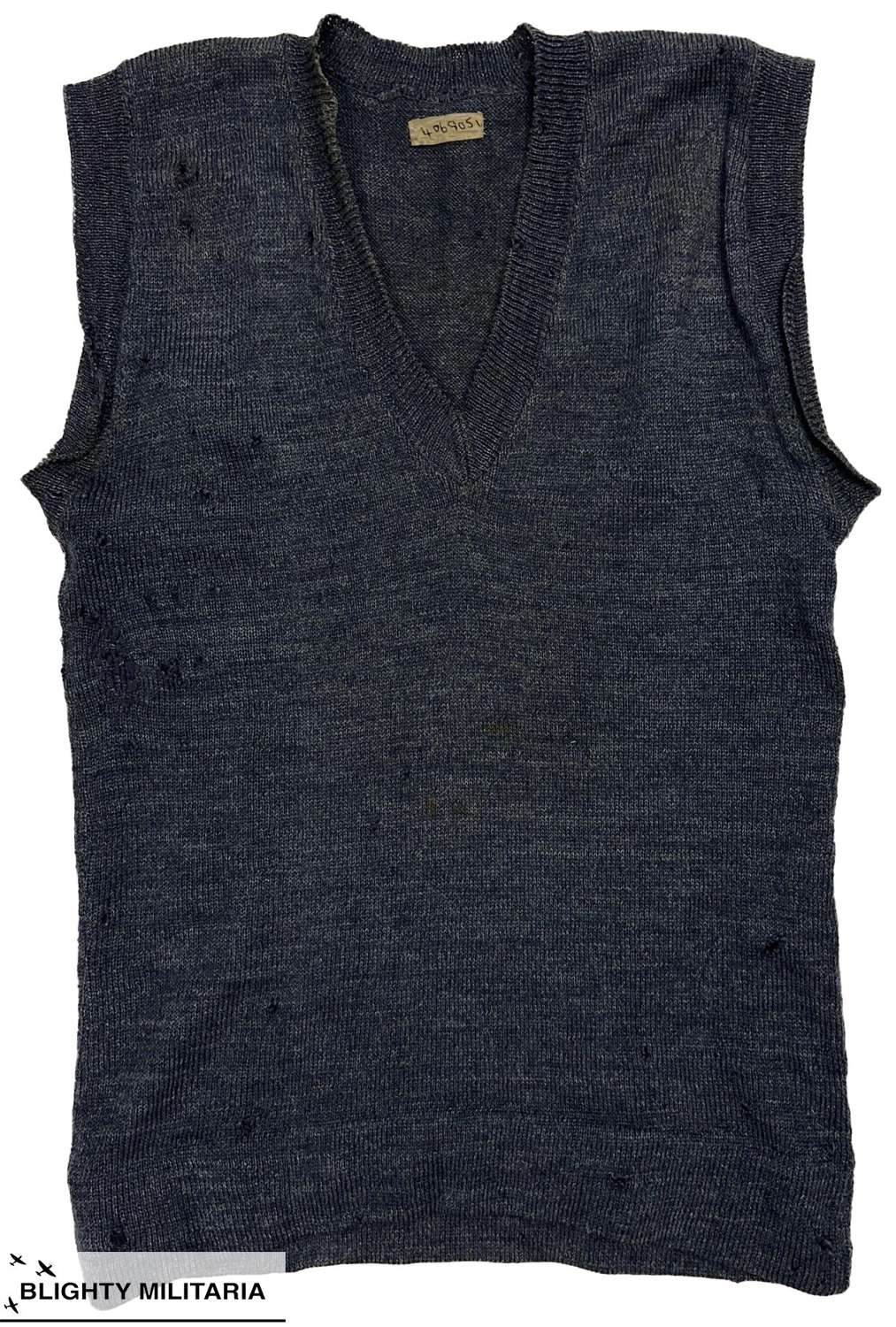 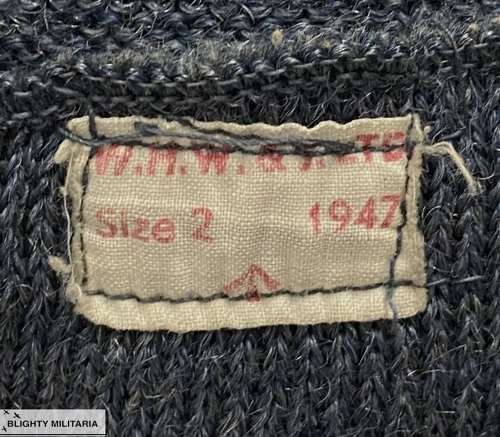 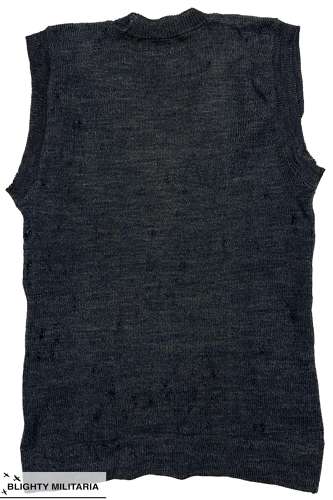 A rare example of the RAF Ordinary Airman's sleeveless pullover which is clearly dated 1947.

Whilst post-war dated, this sweater is identical to those used throughout the Second World War by all ranks of airmen. The jumper is made from an RAF blue grey coloured wool which is machine knitted and it features a V-Neck. The original label is present to the interior which bears the maker's initials, the size of 2, the War Department broad arrow as well as the 1947 date. The original owner has also added a tag in which bears his serial number.

The pullover is in well used condition as can be seen in the pictures. It has various holes and stains so please take time to study the pictures carefully before purchasing.

A rare piece which would compliment an RAF display without a doubt.