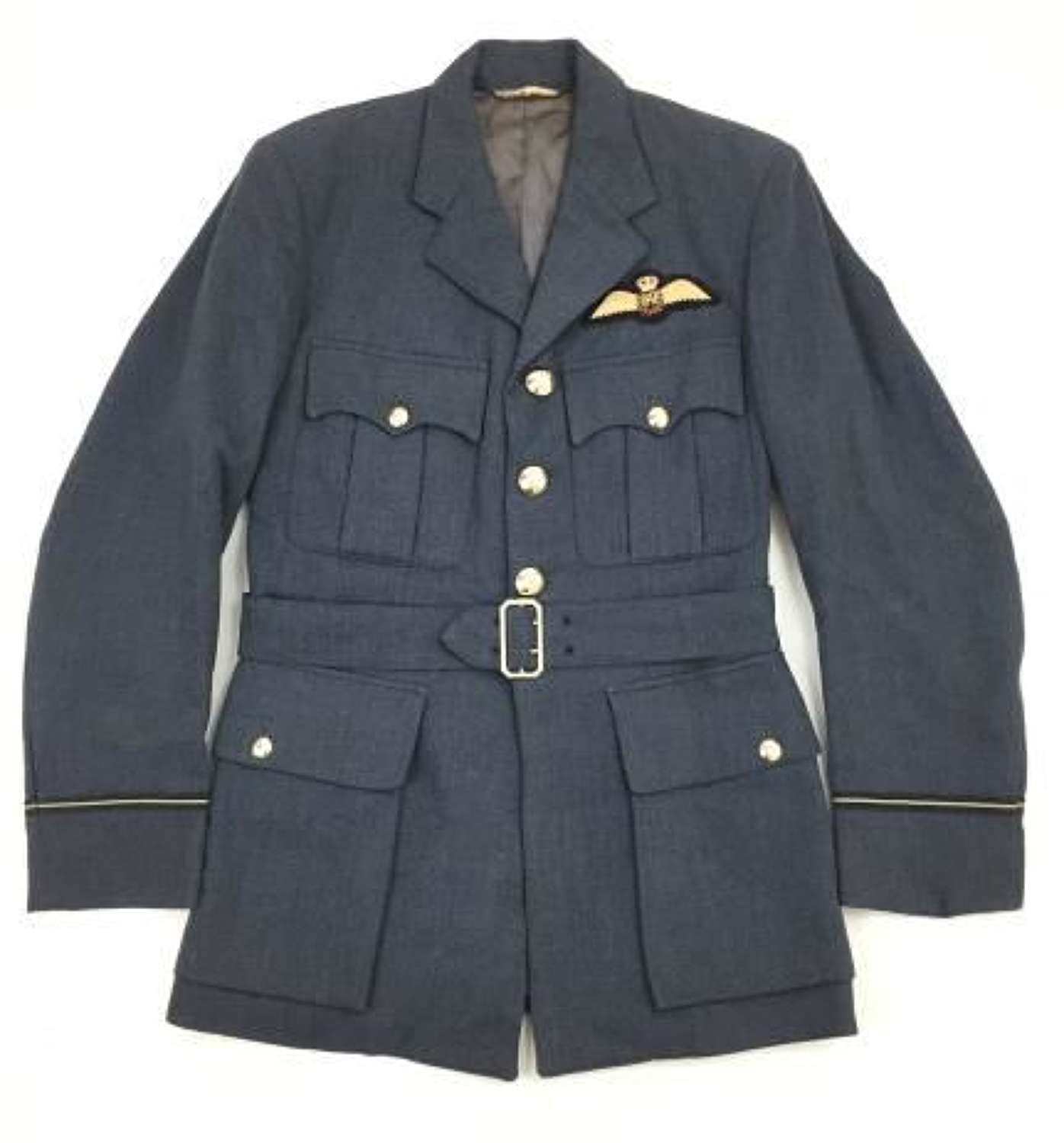 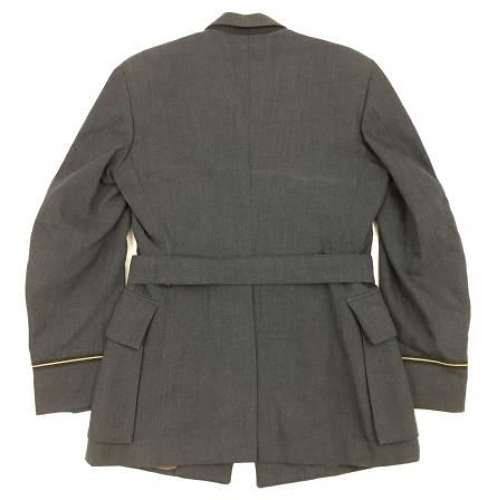 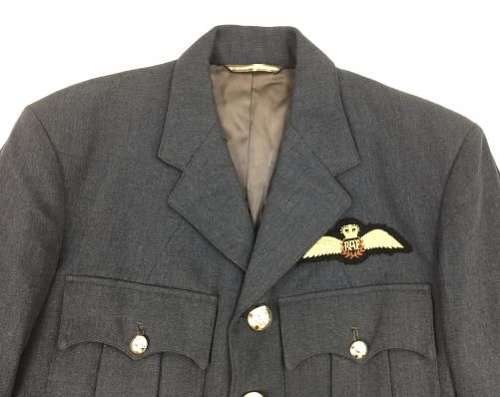 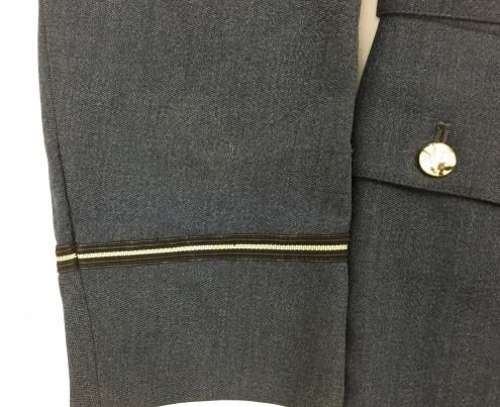 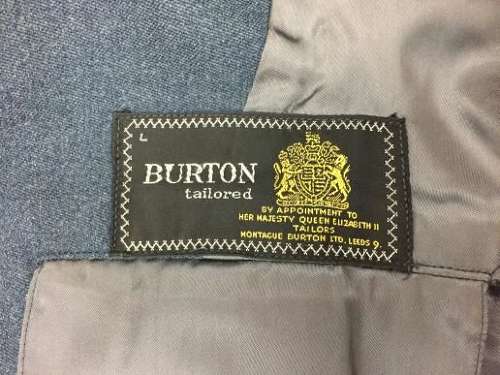 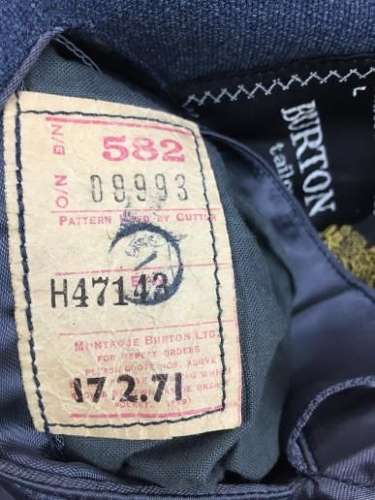 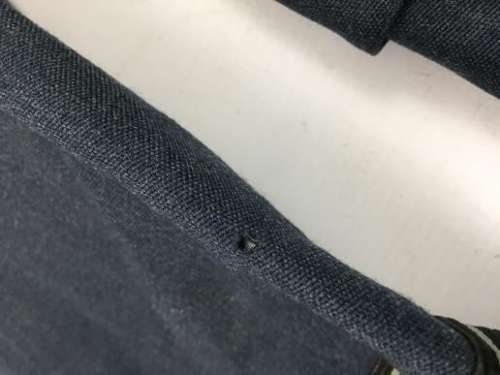 SOLD
An original 1971 Dated RAF Officers Service Dress tunic made by Burton and complete with an original padded pilots wing.

The design of this tunic follows the pattern introduced just after the Second World War. Apart from it having three front buttons rather than four however, its is hardly different from earlier versions. It features two chest pockets with scalloped flaps, two lower bellows pockets, a waist belt and a full set of Queens crown staybrite RAF buttons.

Above the left breast pocket is a nice original Queens crown padded pilots wing which looks original to the tunic. The cuff features original rank braid which denotes the rank of Flying Officers.

Inside the tunic is a makers label which reads 'Burton Tailored'. Another label is situated inside the inner pocket which is a cutters tag an is dated 17.2.71.

The overall condition of the tunic is good although it does show signs of wear and has a small hole in one the sleeves as shown in the pictures.

All together a nice Jet Age period piece of RAF uniform.