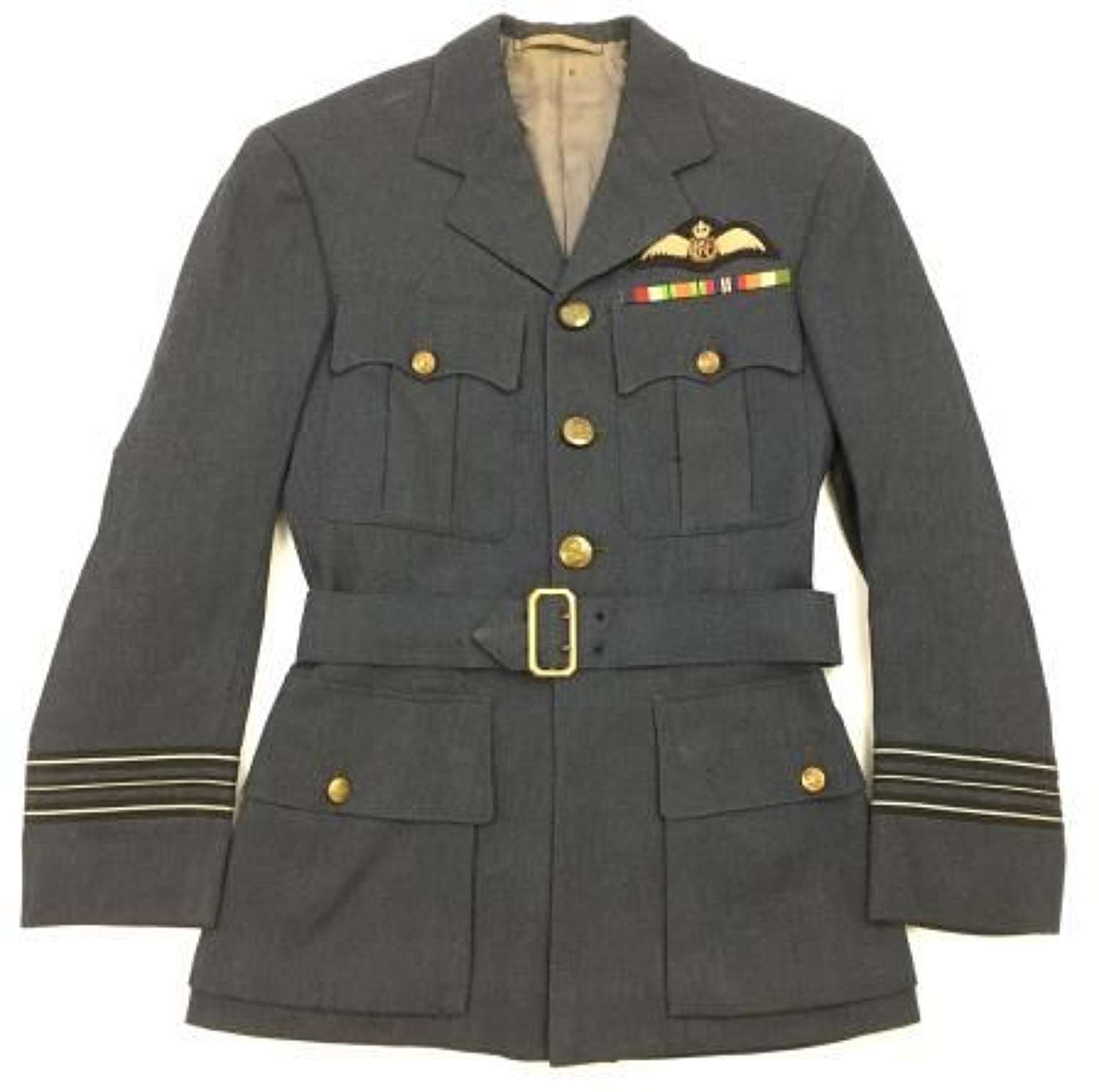 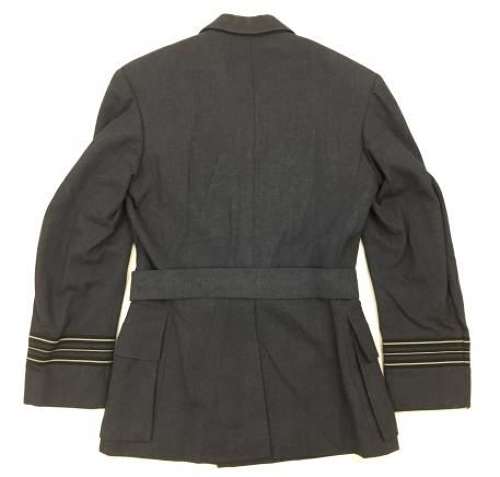 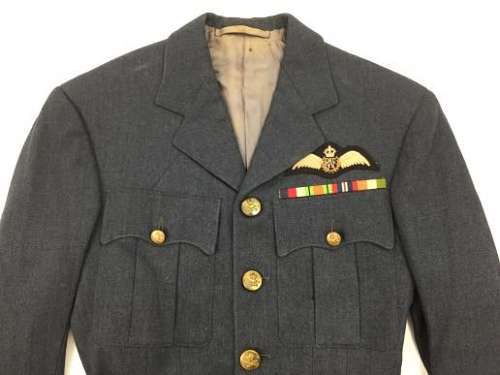 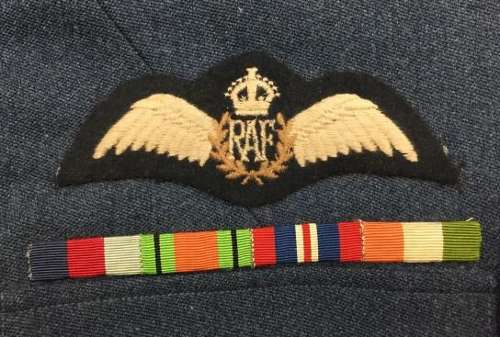 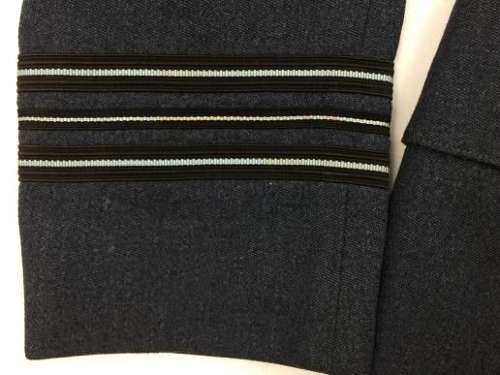 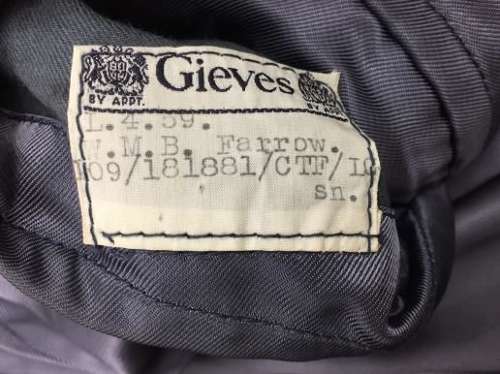 47373 W.M.B Farrow fought in the Second World War and is mentioned in London Gazette of the 21st of August 1942 as being made Pilot Officer. He is mentioned again in 11th of December Gazette as being made Flying Officer. W.M.B Farrow clearly stayed in the RAF in the post-war years, rising to the rank of Squadron Leader by the time this tunic was made.

The tunic is a three button example which came into service with RAF officers in the immediate post-war years and was made by 'Gieves'. The label inside give the date as the 1st of April 1959 and also bares the original owners name W.M.B Farrow.

It features a set of medal ribbons which tie in well with the evidence of this mans career in the London Gazette. A pair of Kings Crown pilot wings are above this and, interestingly, the tunic also features a full set of brass kings crown buttons. The cuffs feature three rings which denote the rank of squadron leader.

The tunic is in good condition but has been worn and has various signs of this. It is by no means a perfect example but it does display nicely none-the-less. The jacket measures 18" pit to pit.