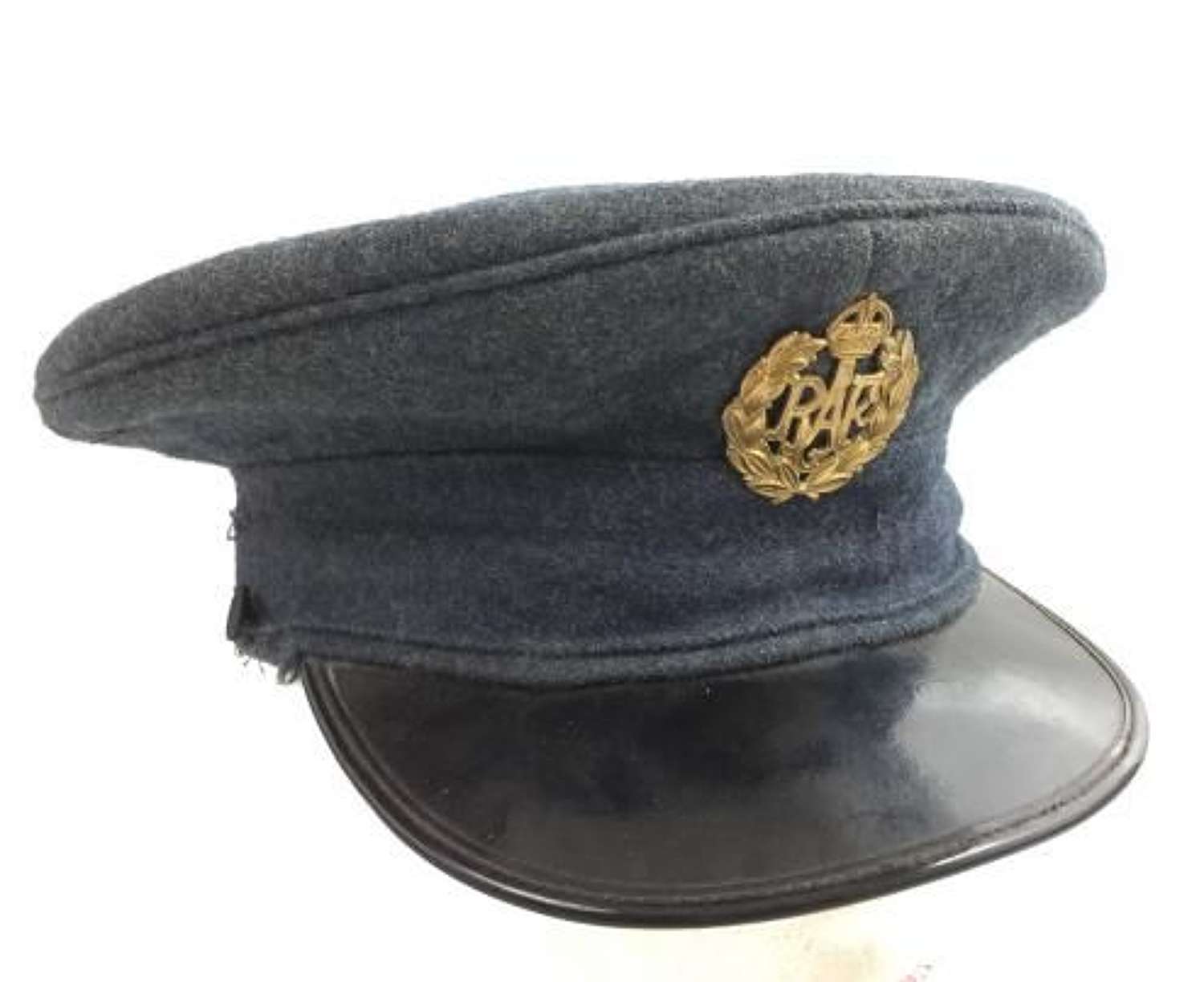 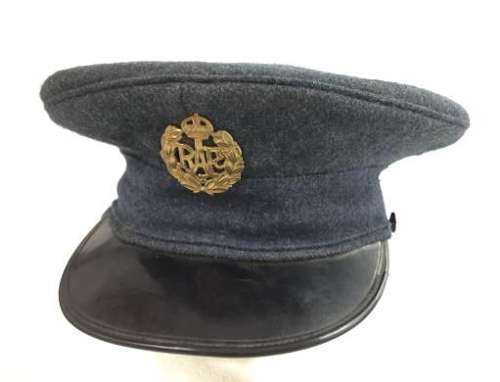 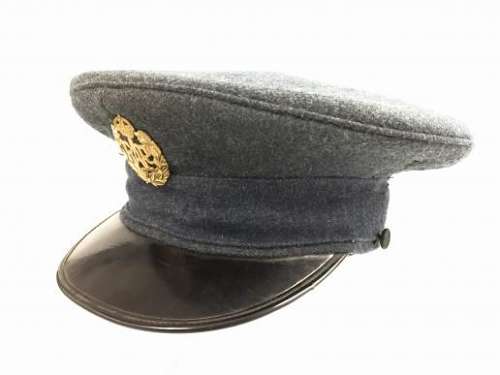 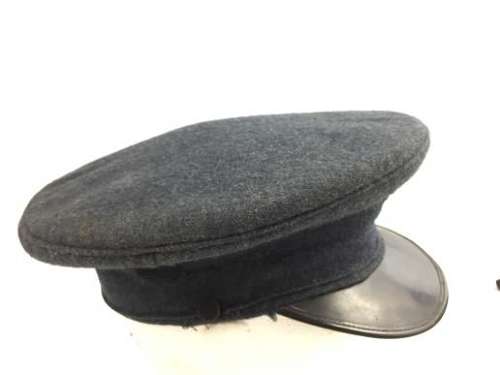 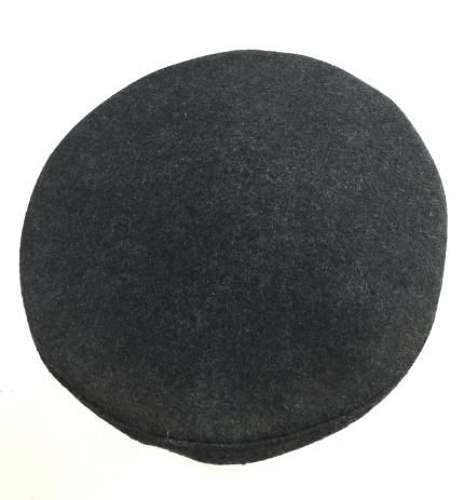 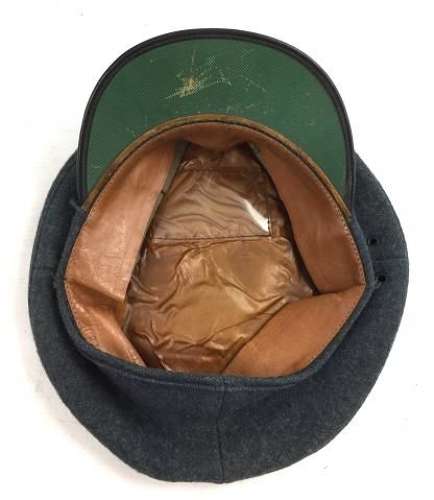 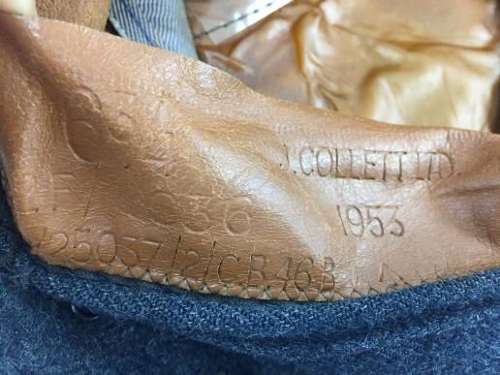 An original RAF Ordinary Airman’s peaked cap which is dated 1953.

These caps came into use with the formation of the RAF in 1918 and were the main headwear for O/A throughout the 1920s and '30s. They were still in use for many years after the Second World War with the 1950s examples, such as this, being very similar to their pre-war counterparts.

This particular cap was made by ‘J Collett Ltd’ who were one of the most prolific manufactures of this type of cap. The cap features a green under peak and whilst the chin strap is missing both the buttons which attach it the cap are present.

In good condition this hat displays well and would be ideal for a re-enactor or for a collector wishing to fill a gap in his RAF collection.