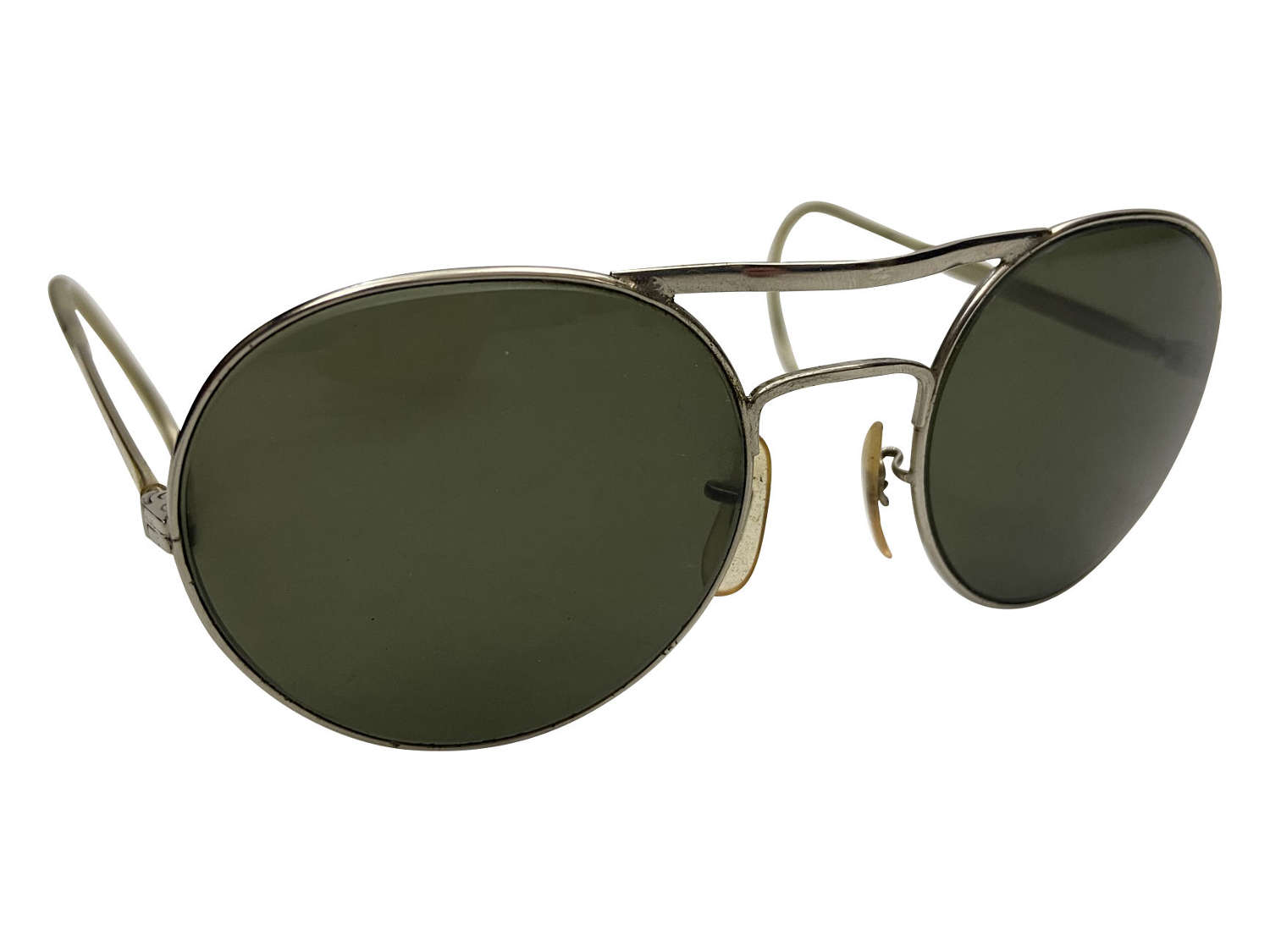 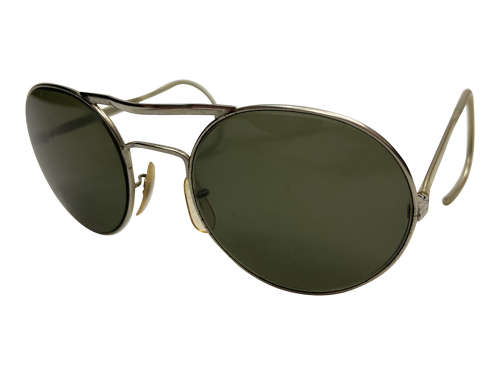 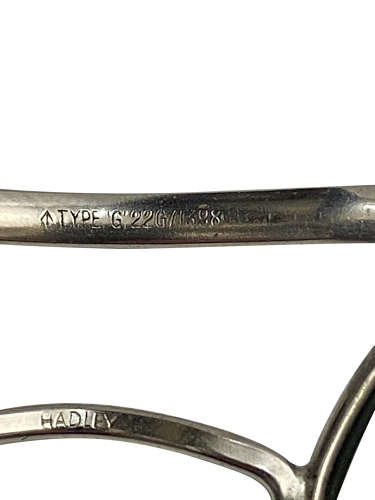 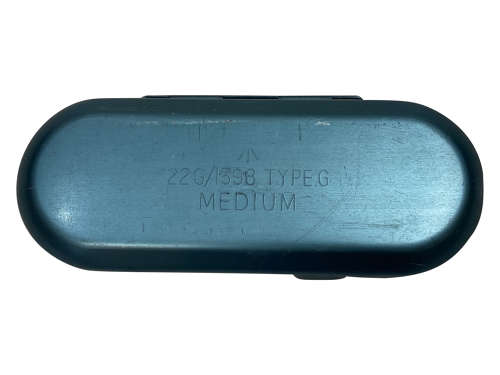 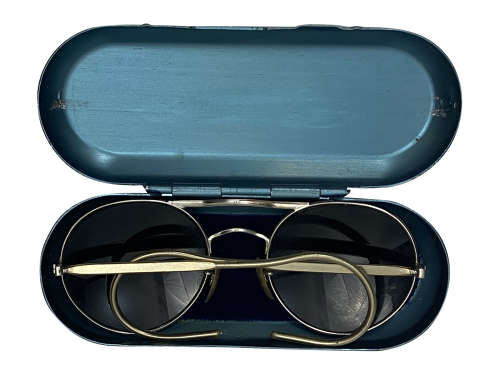 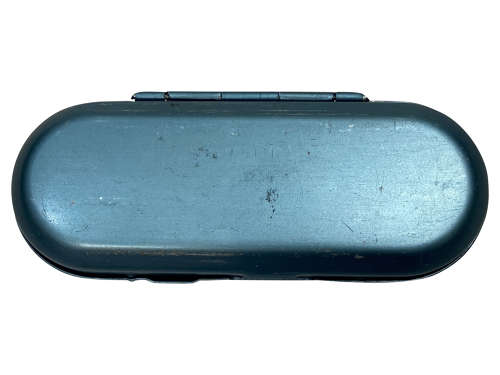 The inside edge of the bridge sections features the makers name of 'Hadley' as well as the RAF stores code of 22G/1398.

The spectacles come complete with their original case which also bears the RAF stores number as well as the size of medium and the War Department broad arrow marking.

Both the glasses and case are in good condition for their age with some limited signs of wear and use.