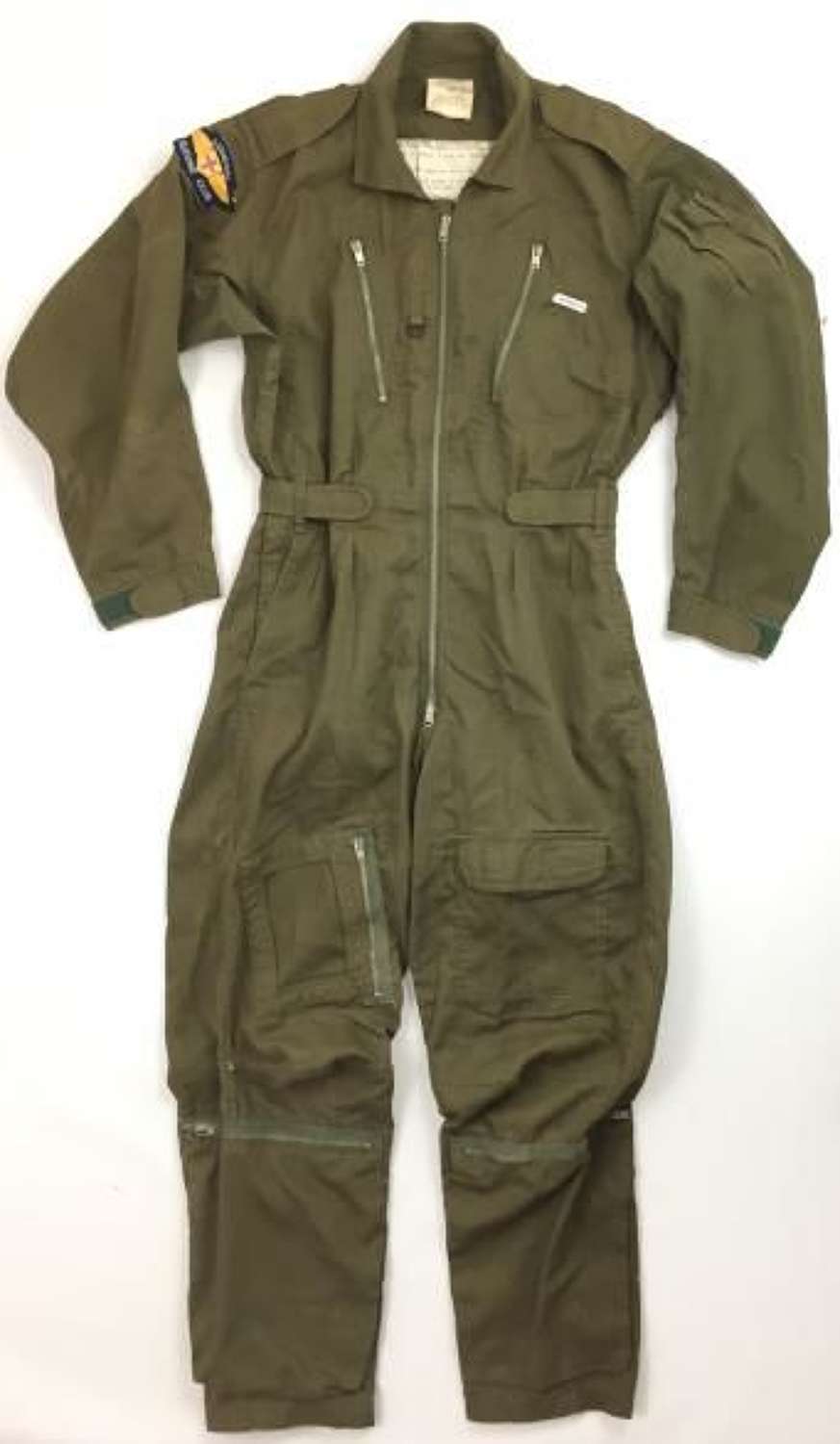 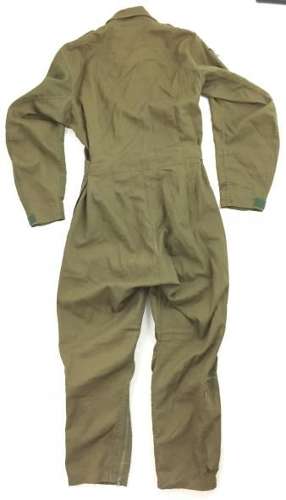 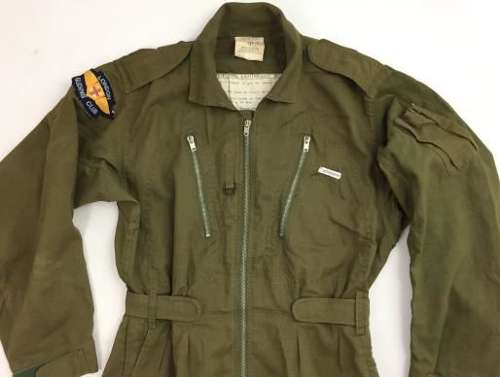 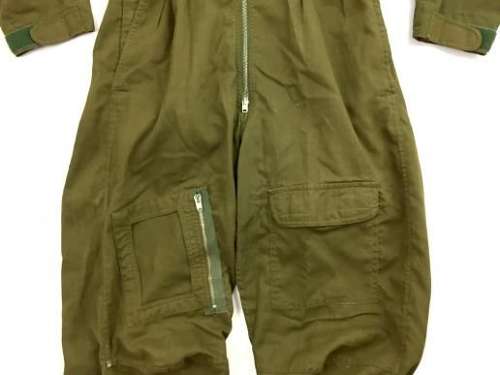 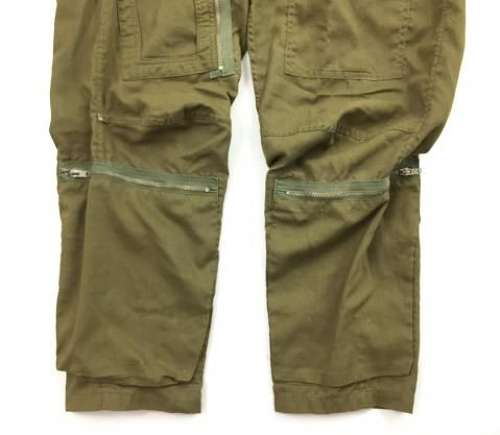 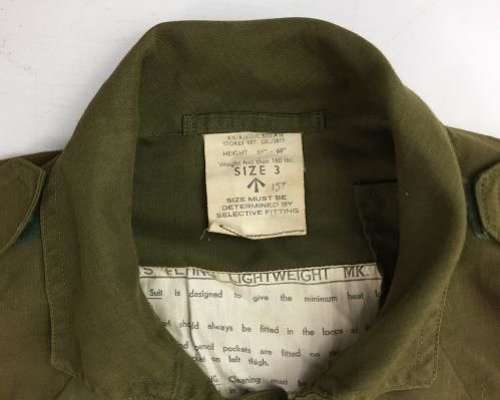 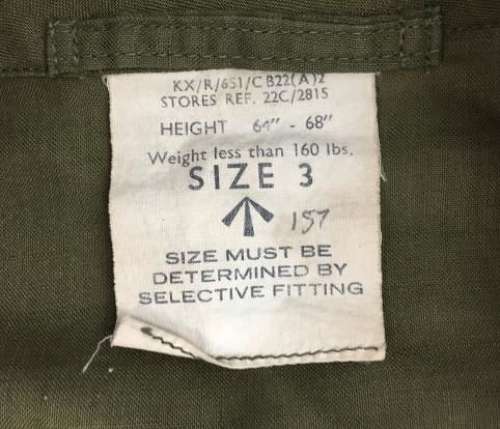 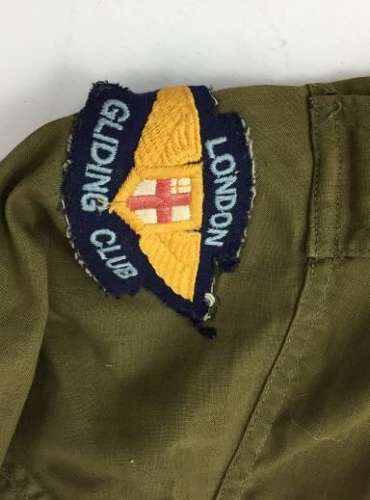 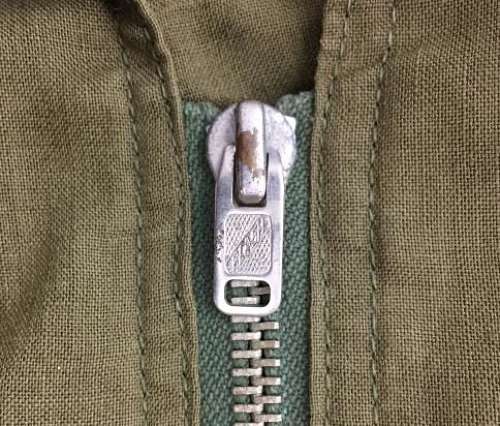 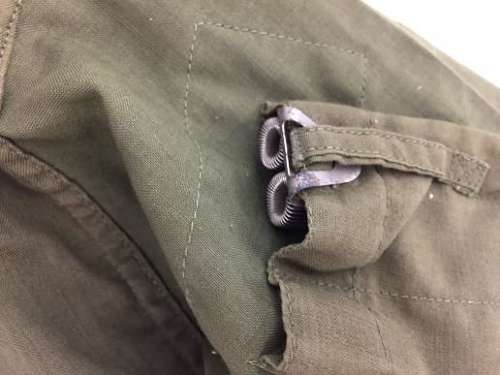 An excellent original example of a MK 7A RAF flying suit in green complete with original period features and patches.

This jet age flight suit is typical of those worn by aircrews in the post-war years and is the rarer green example. In the immediate post-war years grey was the colour of choice for RAF flying clothing but green began to make an appearance by the 1960s, although not too often, making it sought-after by collectors today.

The suit retains its original labels which state it as being a size 3 . It also bares the War Department broad arrow stamp and the RAF 22C stores code.

All the zips are original and function well. The main zipper is marked 'Flash' whilst the others are all plain although identical in design and clearly made by Flash.

Other nice period features include a metal pen holder inside the upper left hand pen pocket, a 'London Gliding Club' patch to the right sleeve and a small name tag to the left breast which reads 'Bouquiere'.

All in all, a great original Jet Age period flying suit with some nice period additions which would certainly compliment a post-war RAF collection.