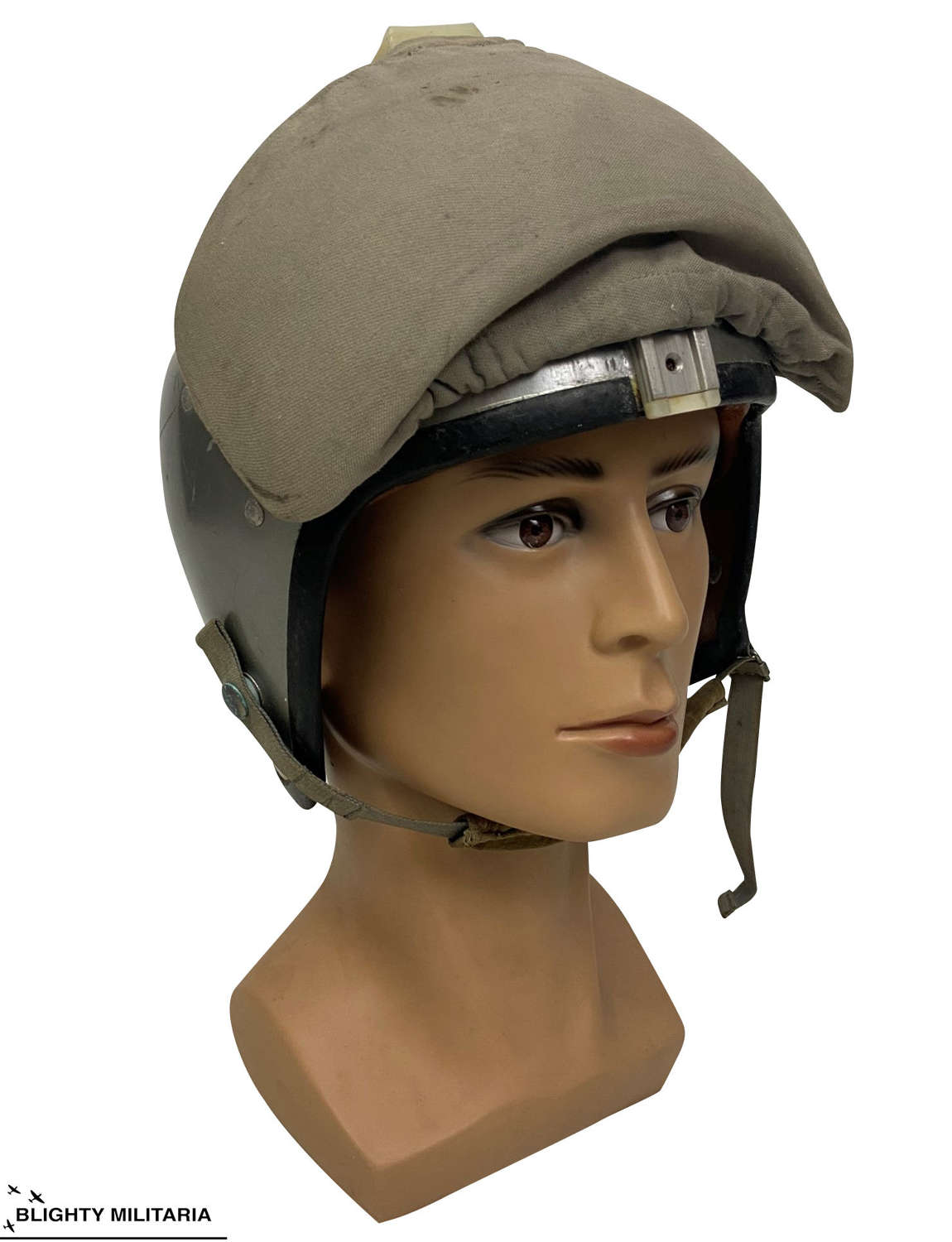 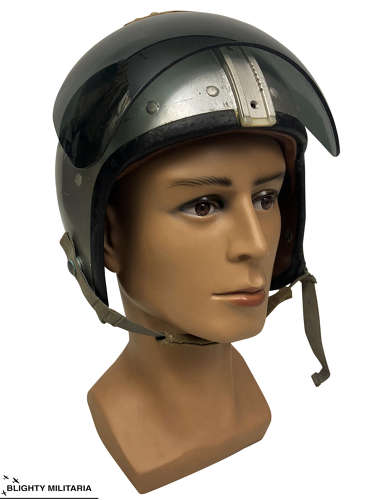 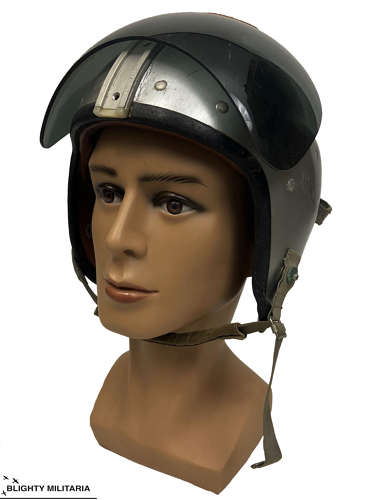 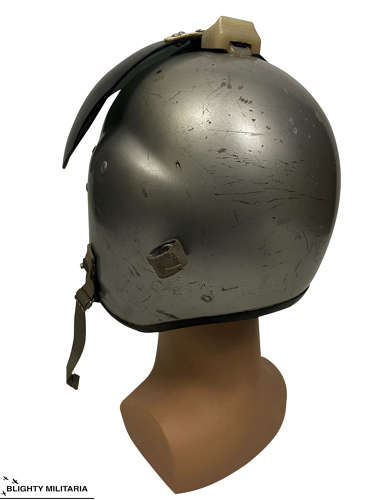 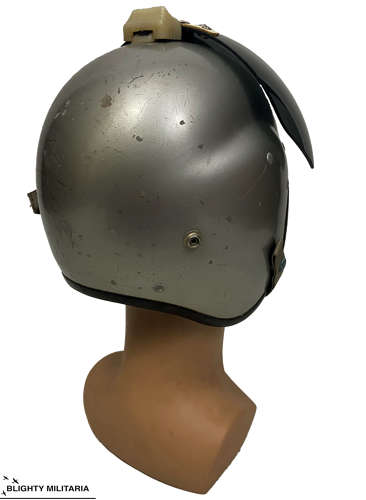 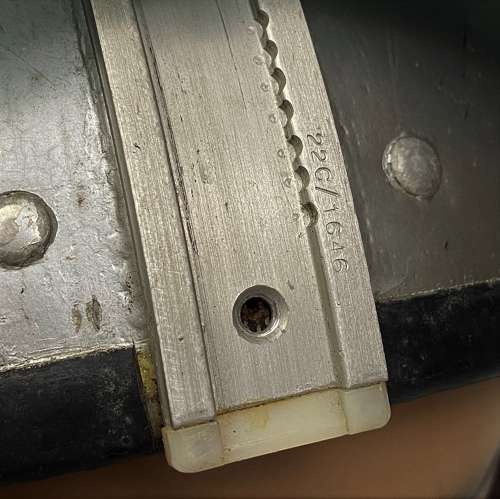 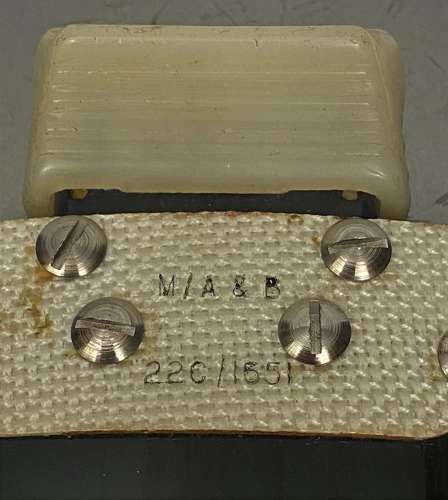 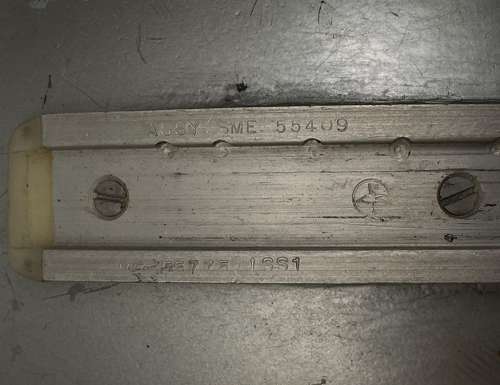 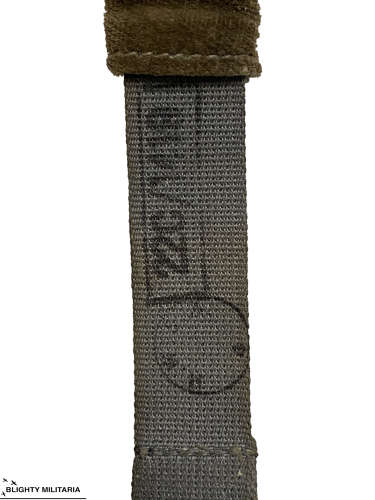 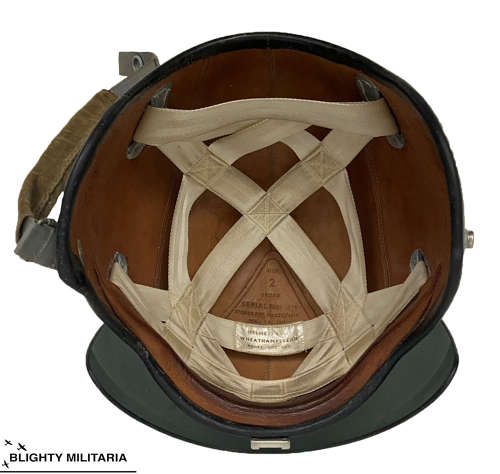 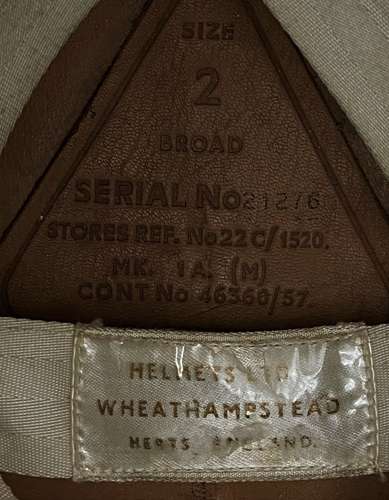 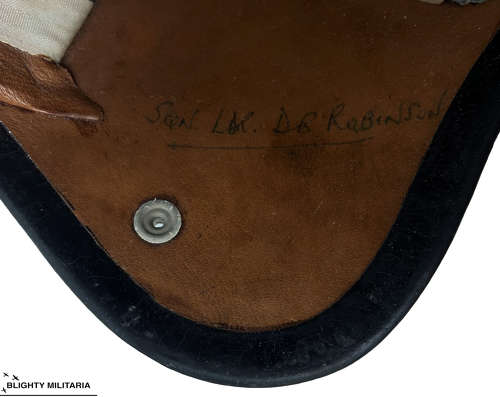 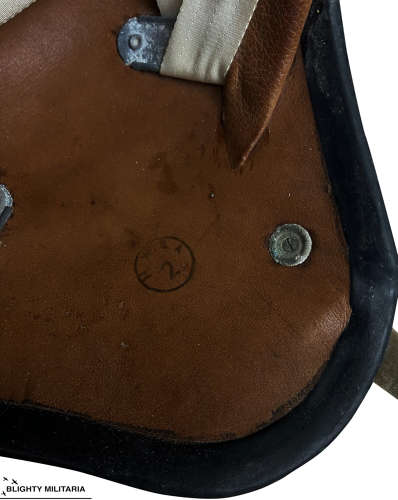 The MK 1A Flying Helmet replaced the earlier and short lived MK1 'Bonedome' which came into issue during the 1950s as part of the 'Fast Jet Pilot System'. The helmet has its original silver paint finish often seen on these early jet age helmets and features a moveable tinted visor which is maker marked 'M/A&B' and bears the RAF stores code 22c/1651.

The rail on the top of the helmet also has its RAF stores code stamped into it which is 22c/1646. The original visor is still present and comes complete with its original cover as pictured. The chin strap is also present and bears the RAF stores code as well as the inspectors stamp.

The exterior of the helmet is in good condition with the majority of the original paint finish still intact. There are numerous scuffs, marks and scratches however these are to be expected with a used flying helmet of this age. The rubber edging around the helmet is in good shape with some signs of age.

Inside the helmet retains its original white harness which features the makers name of 'Helmets LTD'. Underneath this is the label for the which states the size as '2 Broad'. The label also states the RAF Stores code 22c/1520 and the pattern designation MK 1A (M). The contract number reads 46360/57 denoting this as a 1957 contract helmet.

The original owner has added his name in ink to the leather lining which reads 'SQN LDR D. R. Robinson'.

Overall a very nice example of an early Jet-Age helmet in good condition and with history. This would undoubtedly make an excellent addition to any RAF or Jet-Age display or collection!