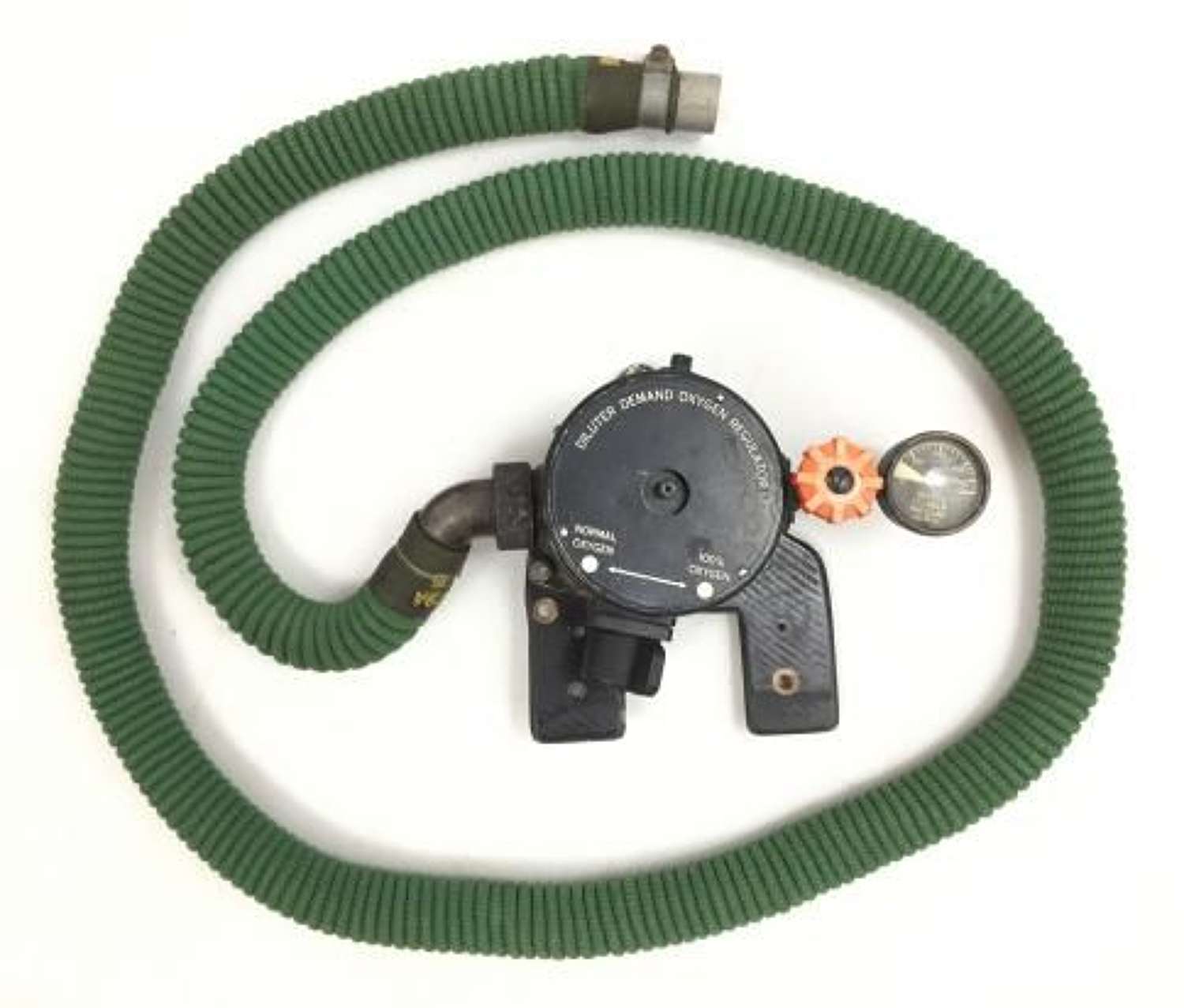 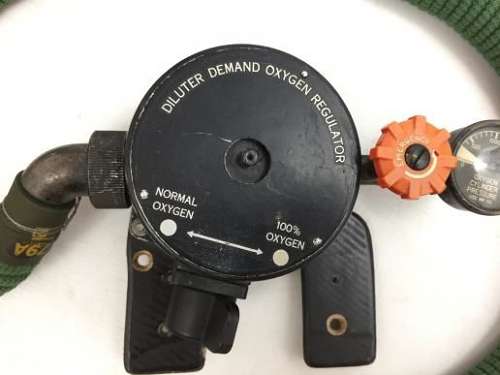 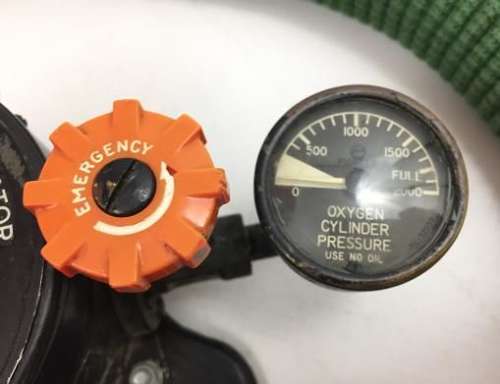 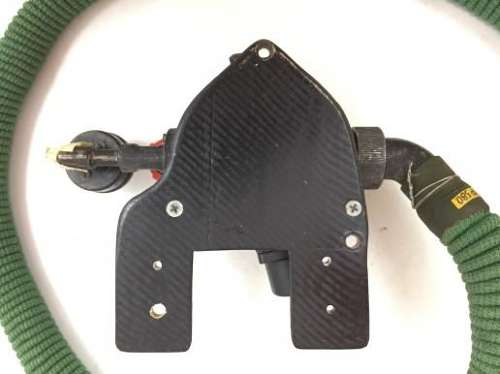 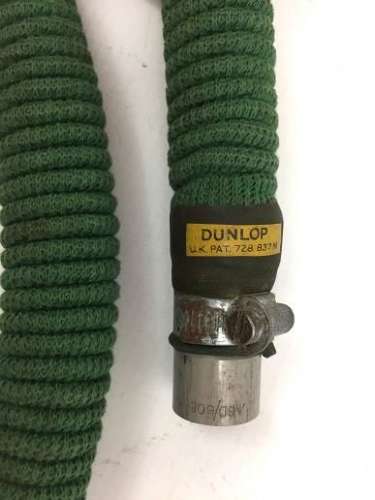 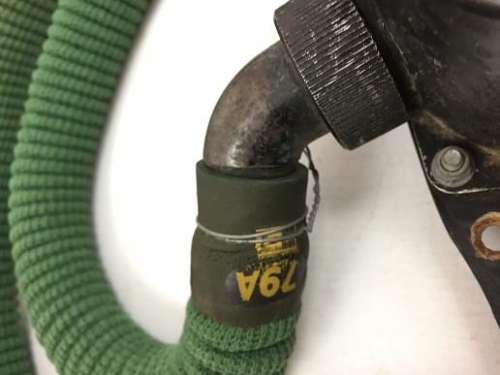 This type of regulator has been fitted to various aircraft including the B-17 Flying Fortress and the T28 amongst many others. It is screwed onto a mount which looks like it would fit into an aircraft and features a valve to the underneath which changes the oxygen level from 'Normal Oxygen' to 100% Oxygen'. There is also an orange coloured emergency valve which features a brass bezelled pressure gauge.

This original part also comes with the correct green hose which was made by 'Dunlop' and features the companys name at one end of the tube aswell as the UK Patent number. The metal connector below this is also marked bearing the War Department broad arrow and the part number '6D/606'.

The condition of this set is pretty good with some signs of wear to the metal work etc. The hose seems in good shape but there is some perishing to the rubber areas, as can be seen in the photographs.

An interesting Aviation collectable with some nice period features and markings.