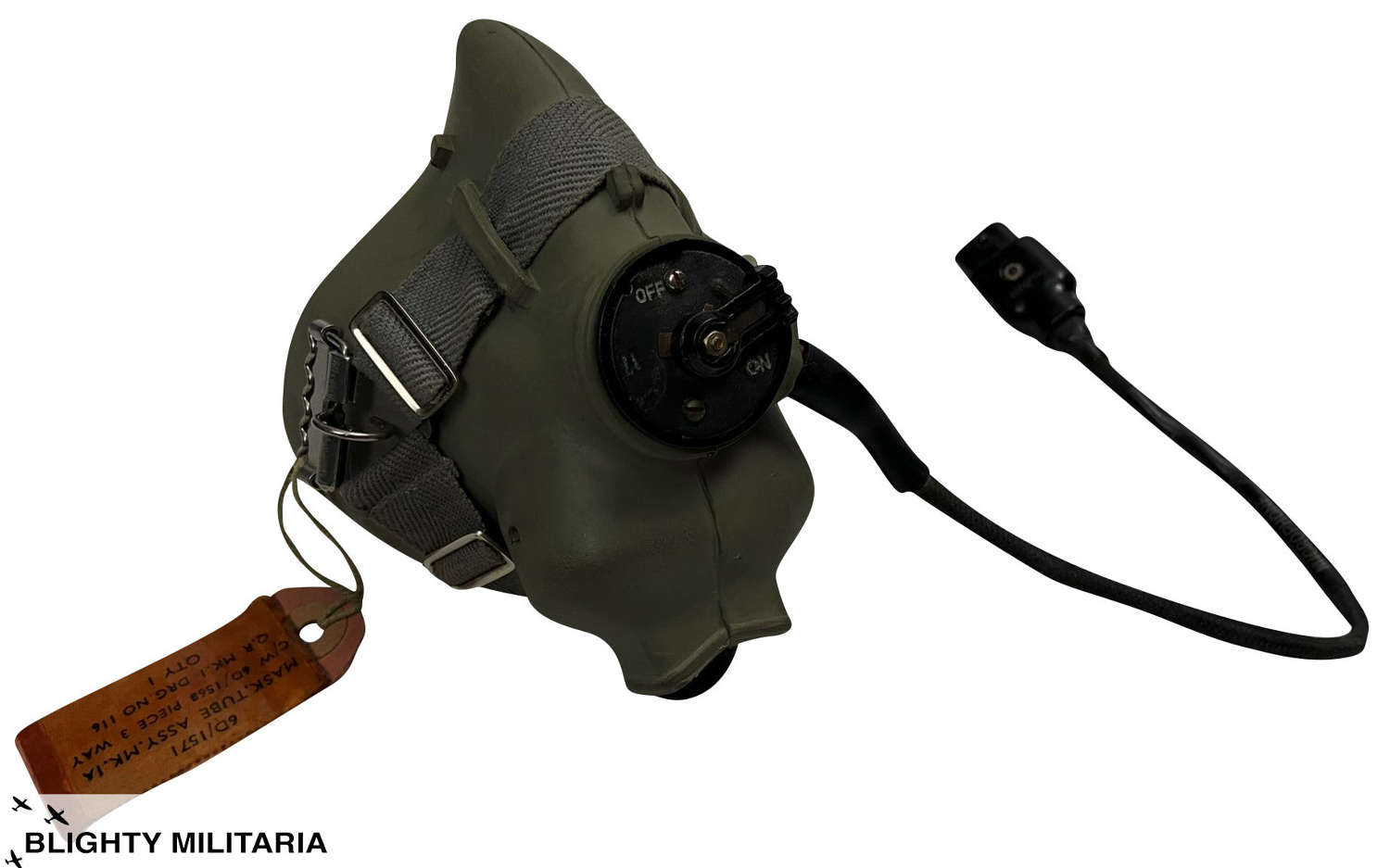 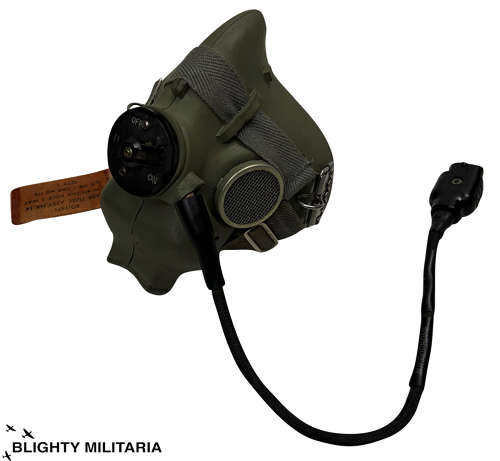 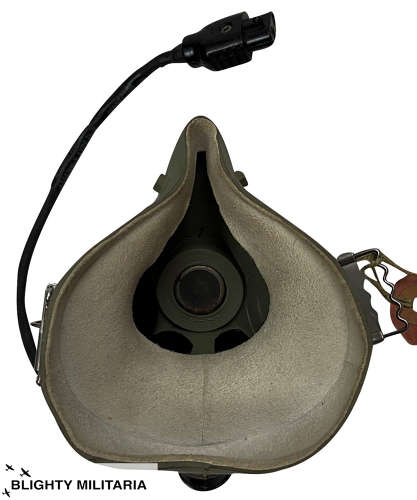 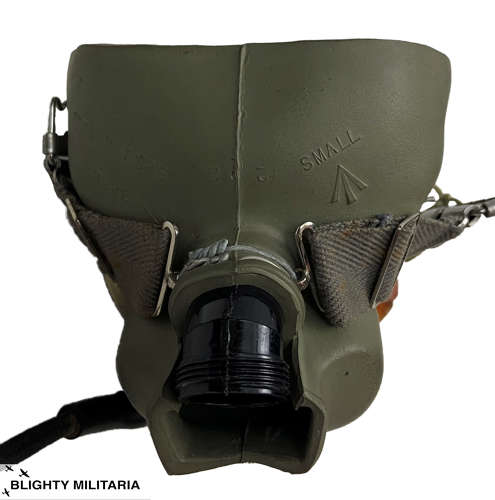 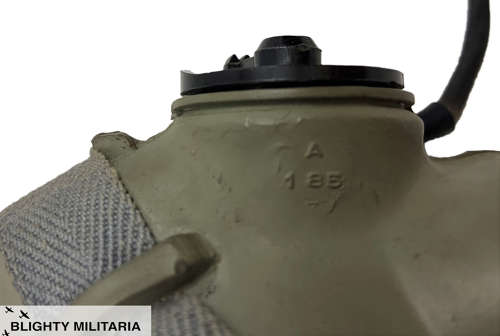 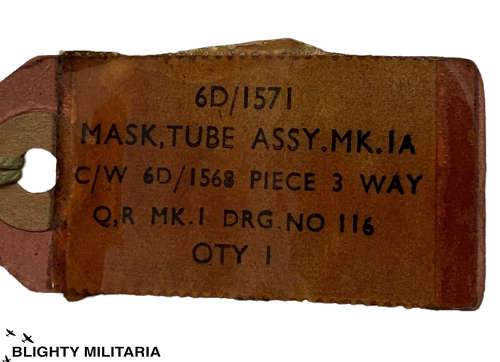 This pattern of mask was introduced in late 1944 and saw issue for many decades with the RAF. This example features a type 57 microphone as was used during the Second World War as well as in the post-war period. The mask features the date of January 1985 as well as the size of 'small'. The original stores label is still present which bears the RAF stores code 6D/1571.

The mask is in very clean condition overall. The rubber is still the light green coloured it would have been when manufactured and has not darkened with handling and use. The elastic harness is also very fresh as is the chamois lining which presents very well.

All in all a very clean oxygen mask which displays well!