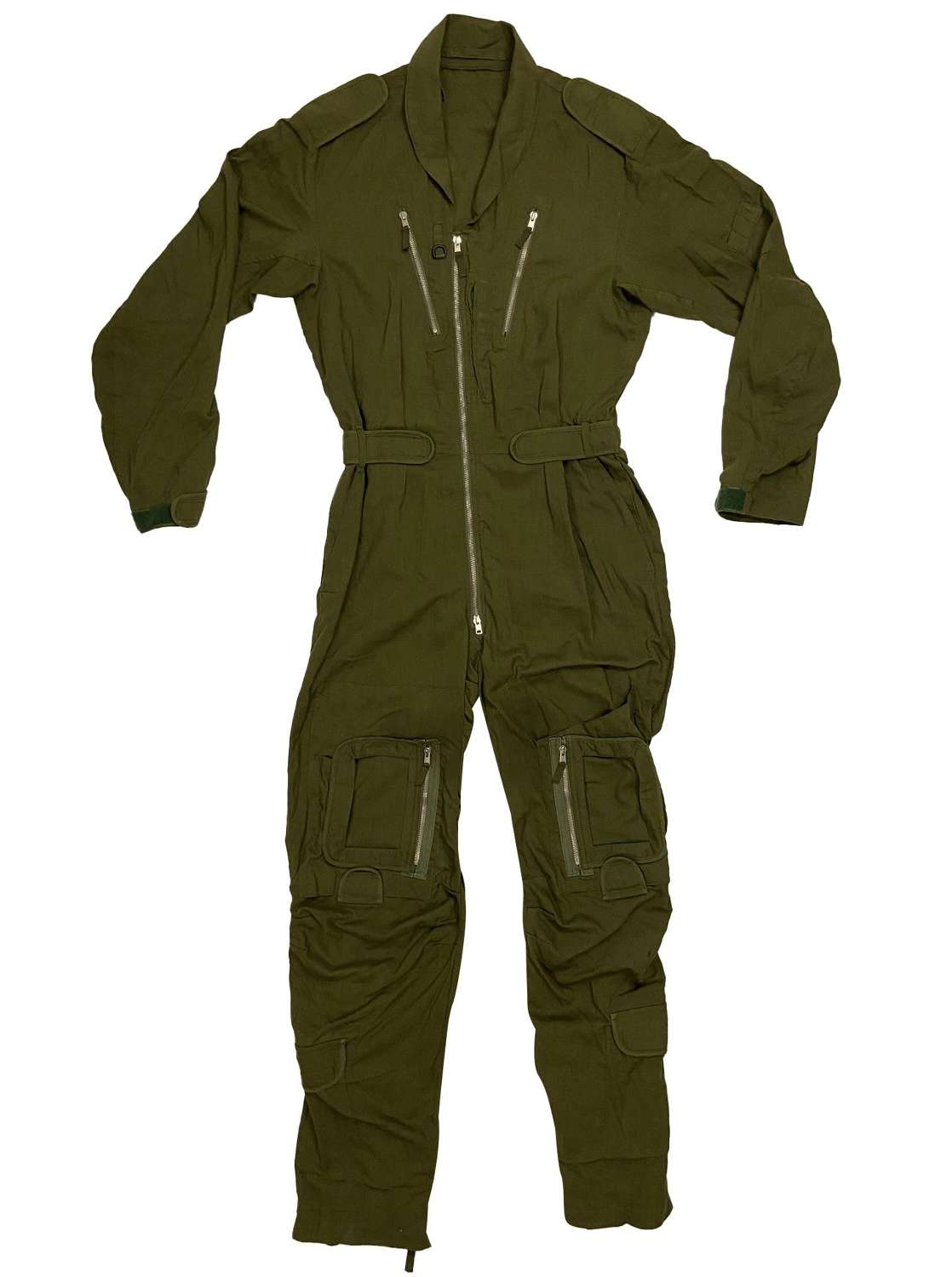 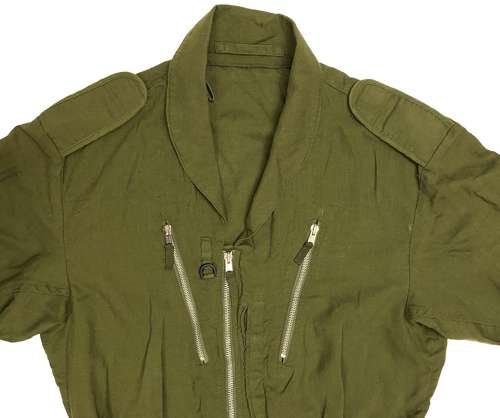 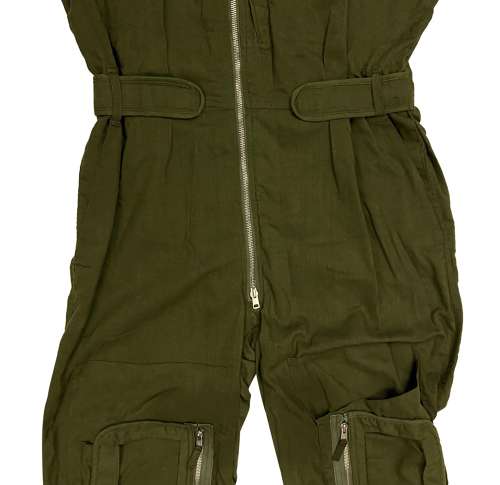 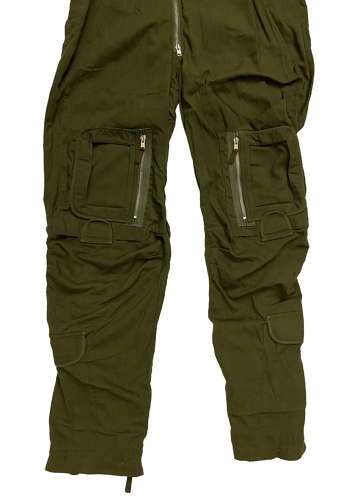 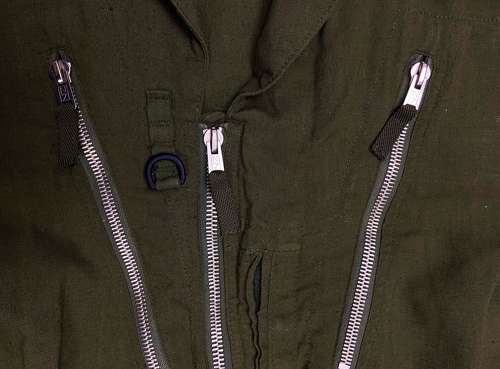 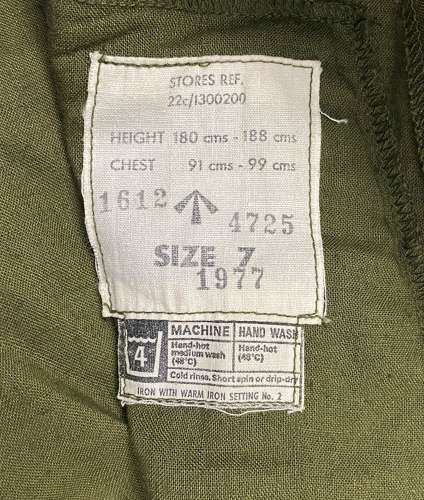 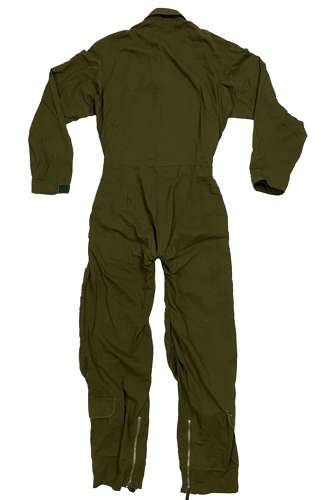 An excellent original example of a MK 11 RAF flying suit in green.

This pattern of flying suit was produced throughout the 1970s and saw widespread issue.

The suit retains its original labels which state it as being a size 7 . It also bears the War Department broad arrow stamp, the RAF stores code of 22C/1300200 and the 1977 date. A second smaller label is also present and bears washing instructions.

All the zips are original nickel plated 'NZ' examples and function well. These zips are commonly found on British military clothing during this period.

All in all, a very good original Jet Age period flying suit which would certainly compliment a post-war RAF collection.