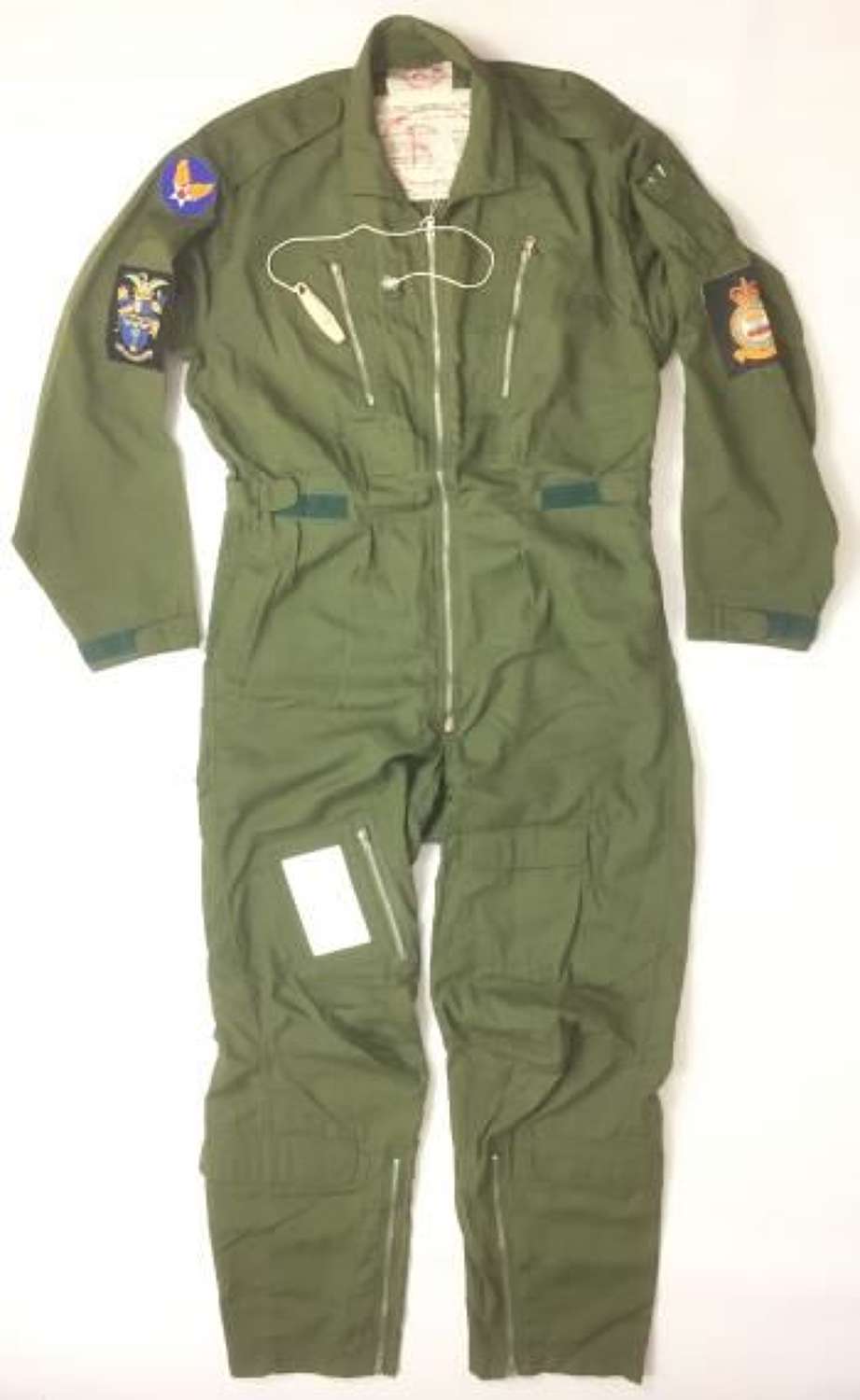 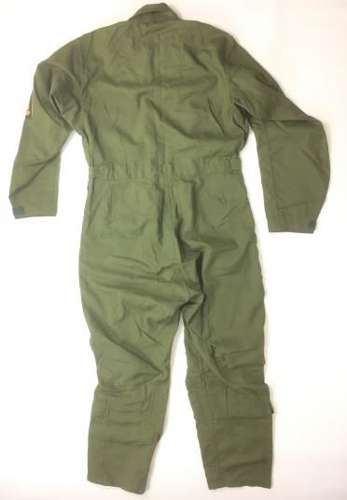 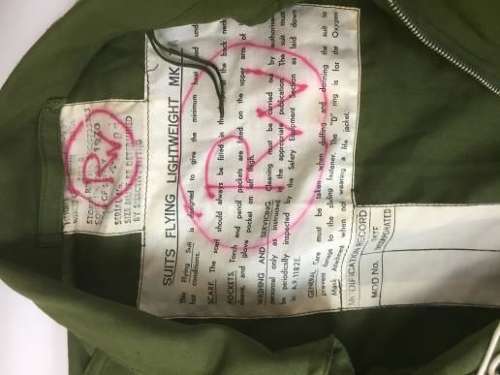 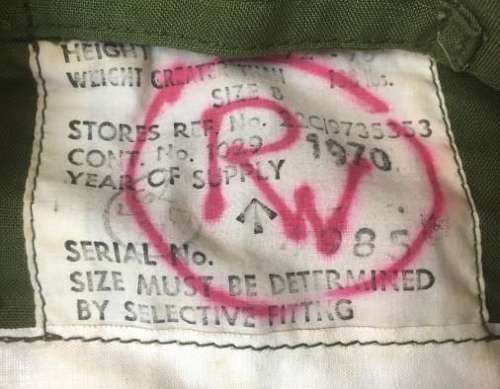 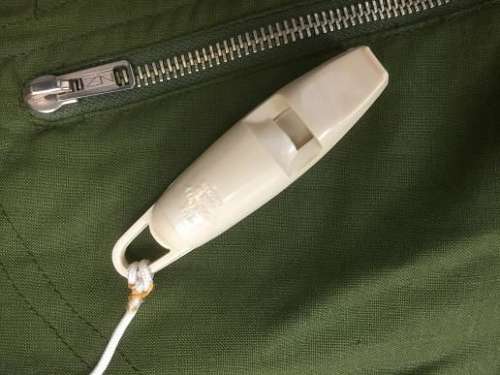 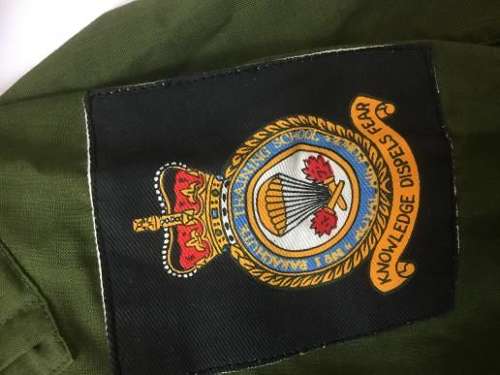 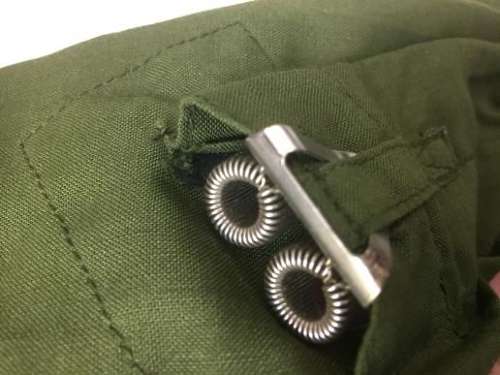 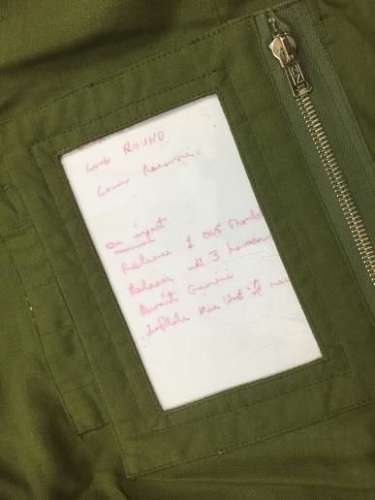 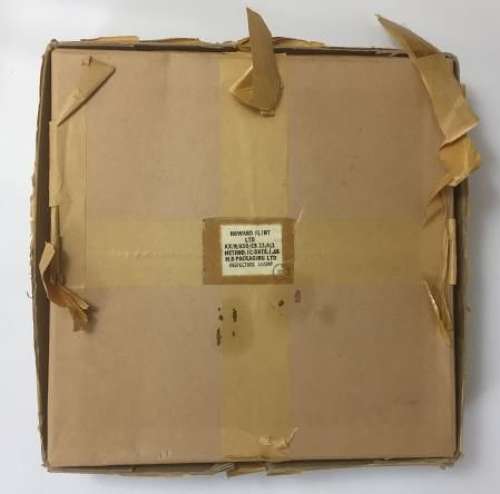 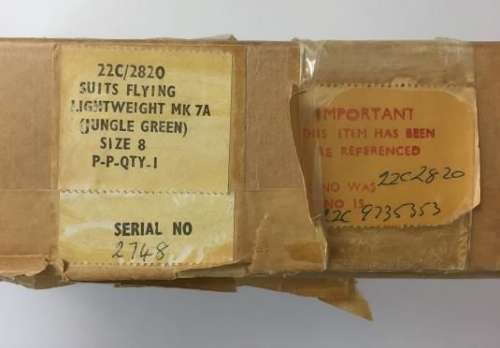 The flying suit was made by Howard Flint Ltd and packed in January 1968 according to the information on the original cardboard box. The suit itself has an ink issue stamp for 1970, but issue stamps are usually later than the manufacture date.

The original owner appears to have been an RAF parachute instructor judging by the badges on the suit which appear to be original. To the left sleeve is a large printed No.1 Parachute Training School patch and inside the right thigh pocket are instructions on parachute training. On the left sleeve is a U.S. Air Force patch which was most likely given to the original owner whilst working with the USAF and below this is another patch which I have yet to identify.

The suit features a white plastic ACME whistle on a nylon cord which is stored in the top right zipped breast pocket. On the left sleeve is a pen holder with an original period metal pen clip still attached.

The suit features chrome plated 'NZ' zips all round which work well.

The original box is also included in the sale and has clearly always been kept with the suit. The box is in good condition for its age and displays well.

All in all, a very original flying suit with some interesting history in a very generous size. The addition of the original cardboard box makes this a true collectors piece and would it would certainly compliment and RAF collection.