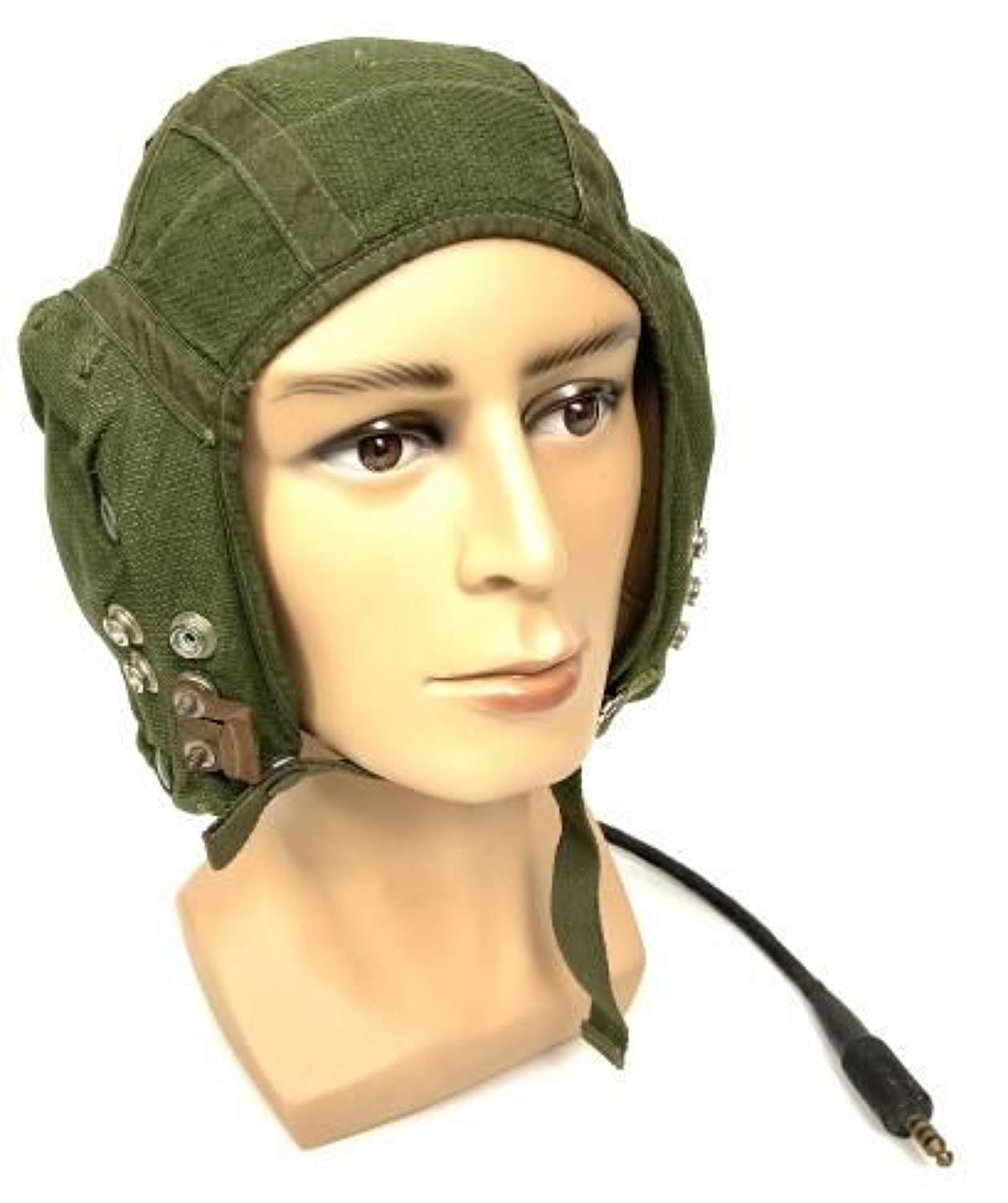 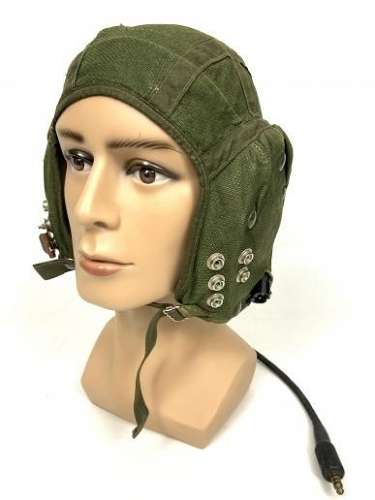 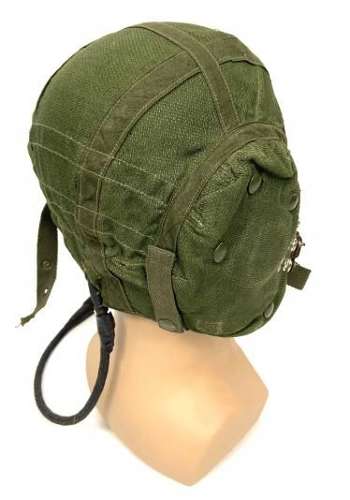 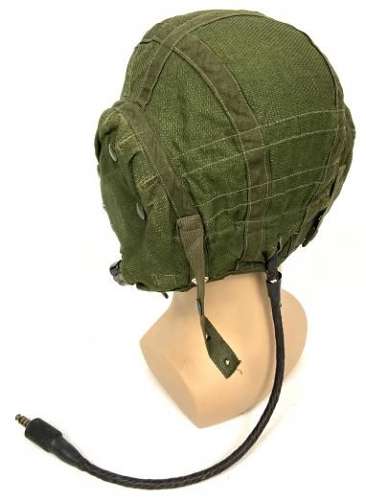 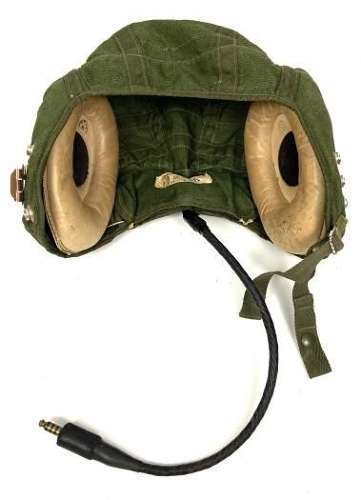 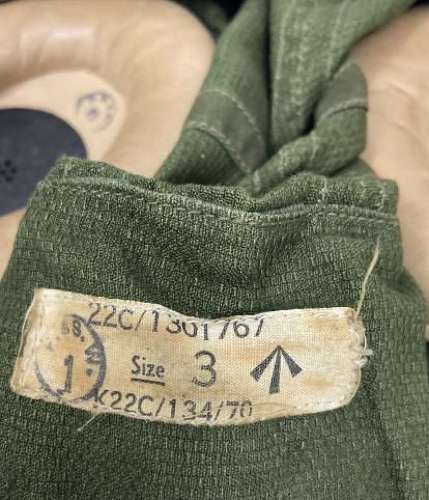 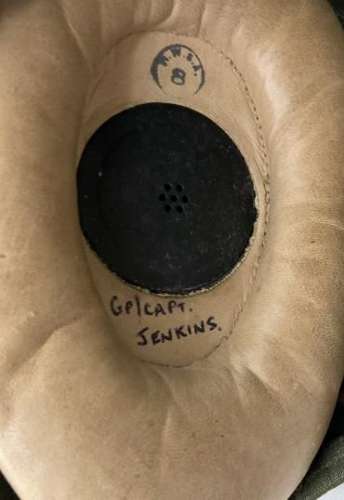 An original RAF G Type Flying Helmet dated 1970 and in a larger size 3.

This pattern of helmet came into issue with the RAF in the early post-war period with the earlier example being made in grey. In the late 1960s this was changed to green as per this example although the material and design remained the same.

This example comes complete with its original inner ear cushions as well as its receivers and wiring .

The original label is present inside the helmet and states the size as No.3 and bares the 1970 date at the end of the contact number. The War Department broad arrow marking is also present on the label as is the RAF 22C flying clothing stores number.

The original owner has added their name in ink to inside of one of the ear cushions which reads ‘Group Captain Jenkins’ which could well warrant further research.

The helmet is in good condition overall and displays very well. On of the rear goggle straps has a broken pop stud as can be seen in the pictures, but other than this appears to be in good shape.

All in all a nice Cold War period flying helmet which offers the chance of further research.