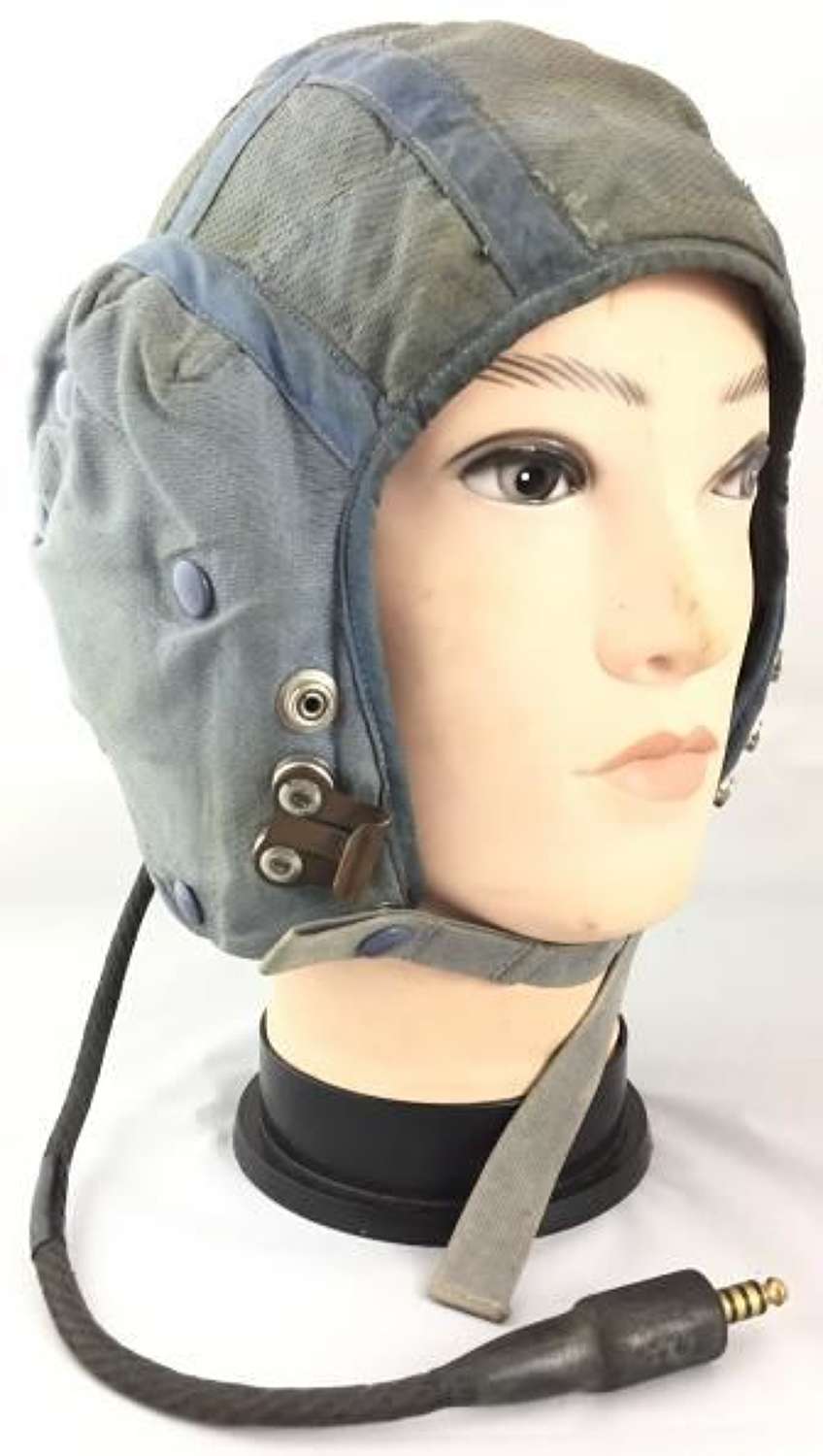 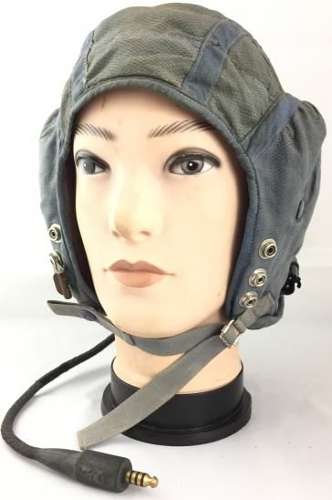 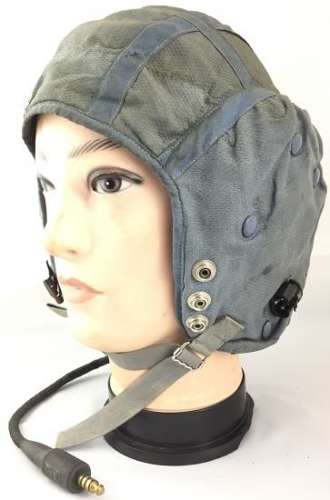 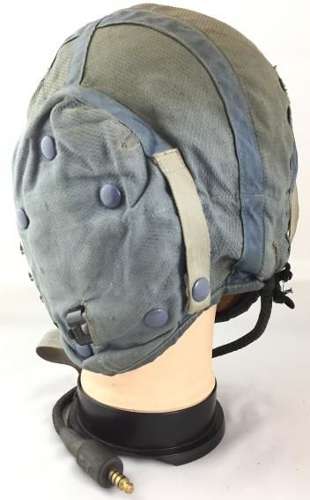 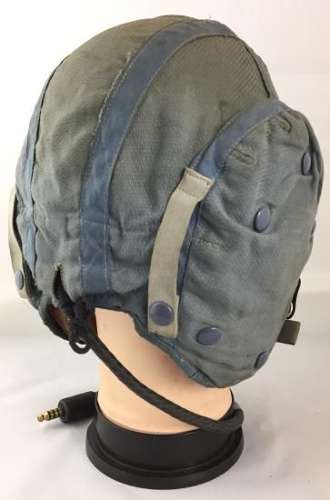 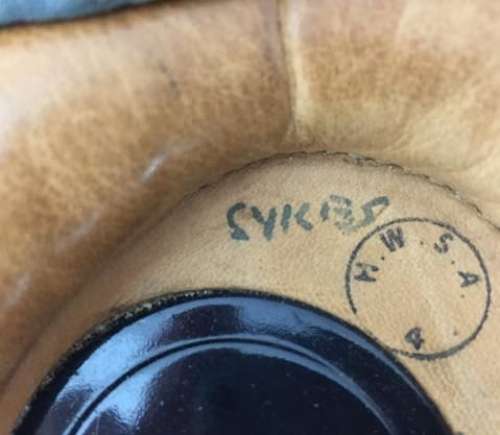 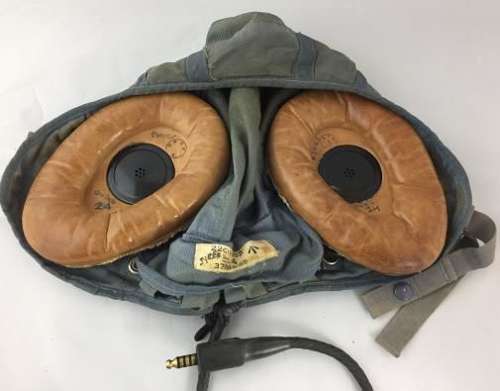 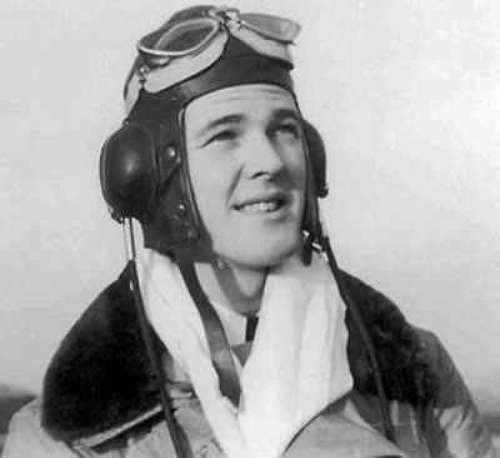 SOLD
This original large size No.4 G-Type Flying Gelemt belonged to John Humphrey Charlesworth Sykes who was a Fleet Air Arm pilot attached officially to the RAF on 29th June 1940. On the 8th of July he joined No.64 Squadron where he flew Spitfires from RAF Kenley.

Sykes was the posted to 807 (FAA) Squadron which was posted to Dekheila in Egypt in November 1940 and flew on operations in the Western Desert. He was later with 806 Squadron in Ceylon and took part in the Madagascar landings in HMS Indomitable.

He served as Air Gunnery Officer in Coimbatore, India in 1944, at RNAS Nowra in 1948, at the RAN Carrier School at HMS Albatross in 1949, at Yeovilton in 1952 and finally at HMS Centaur.

He retired on 29th July 1958 as a Lieutenant Commander and it would have been this later stage of his career when he used this particular flying helmet.

This helmet comes complete with all of its original wiring, headphone receivers, ear donuts and oxygen mask clip

The flying helmet still retains its original label to the interior which states the helmet as being made in 1955 and a size 4 - the largest size produced. The label also has the original owners name marked on it in ink. He has also written his name in both ears of the flying helmet.

The last picture is of the original owner of the helmet himself, John Sykes, around the time of the Battle of Britain.

All in all, a lovely and very complete example of a G-type flying helmet with Battle of Britain related history. This would undoubtedly compliment and RAF collection!